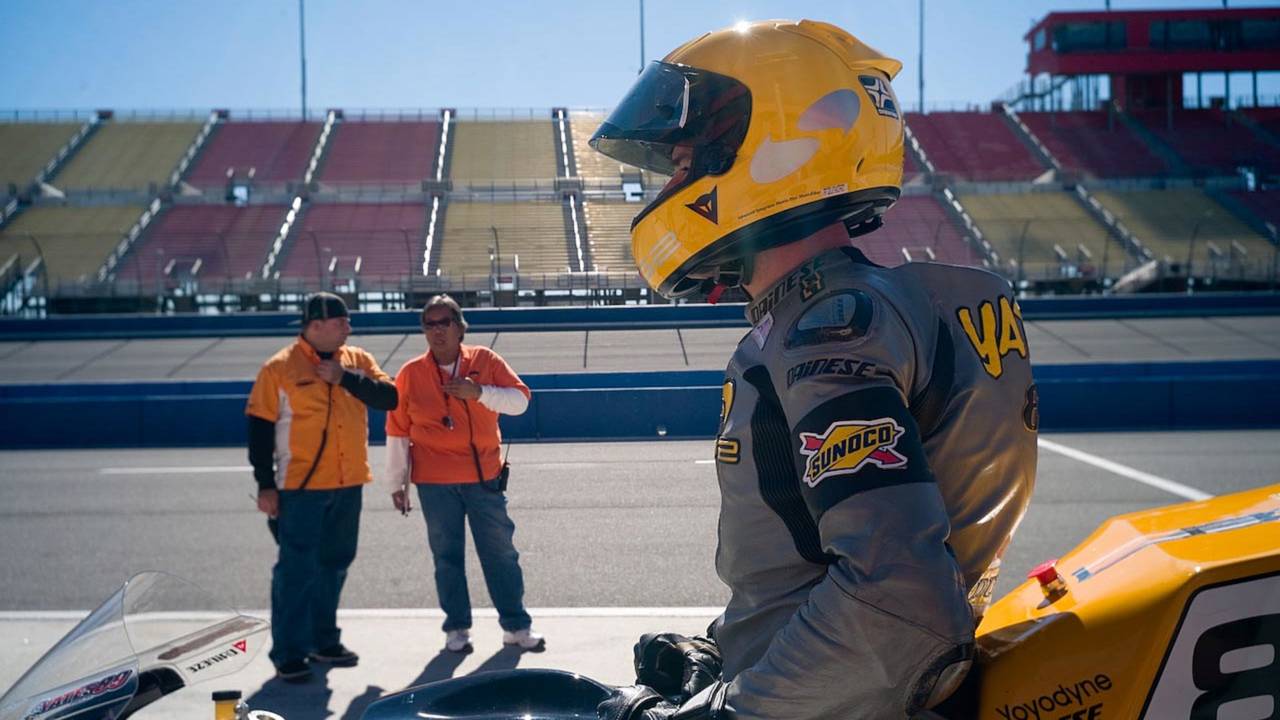 As the final act in what’s sure to go down in history as one of the most significant careers in electric motorcycling, Chip Yates plans to set a new land speed record. So far this year, the defense contractor emerged from motorcycling obscurity to achieve performance parity with ICE in WERA racing, outpace liter bikes at the Mojave Mile and successfully race up Pikes Peak. An attempt at the offi...

“What a whirlwind year we've had - with my first electric race in January, 2011 and my last race in September, 2011, it's been a short run for sure, but seriously punctuated with near-death experiences and record-breaking left and right that sometimes felt like we were achieving the impossible,” Chip told us a few minutes ago. “I always pushed the limits of technology, budget, and my own riding for every event - willing to risk my own safety in the name of progress.  Hopefully people could see that and maybe history will reflect kindly on our efforts one day.  In any event, I'm very proud and I feel like we did alot with very little: three part-time volunteers, some kind sponsors, a wonderful electric motor, and no outside money.  I've been very moved by the public interest and media coverage we have been blessed with - at the summit of Pikes Peak I broke down and had a couple tears inside my helmet brought on by some mixed emotions: suffering, sacrifice, risk, achievements, even a little glory, but also the knowledge that the end of this incredible run was in sight.”

Chip’s efforts are especially impressive because he and his all-volunteer team are an independent garage effort with very little in the way of resources. He’s succeeded where relatively well-funded efforts have faltered. Chip only began racing motorcycles of any kind in 2007.

The official land speed record for electric motorcycles stands at 173mph, a speed which Chip has already shattered, hitting 190mph at the Mojave Mile. With refined aerodynamics and more power, he should go even fast at the BUB Speed Trials, which kick off August 27th.

So what’s next? Chip’s lips are sealed, but he tells us that while he’s retiring his electric superbike, he’s by no means retiring himself.

“One can never be sure where I may end up,” jokes Chip. “With my dashing good looks, affable nature, and rapist's wit, the sky's the limit.”