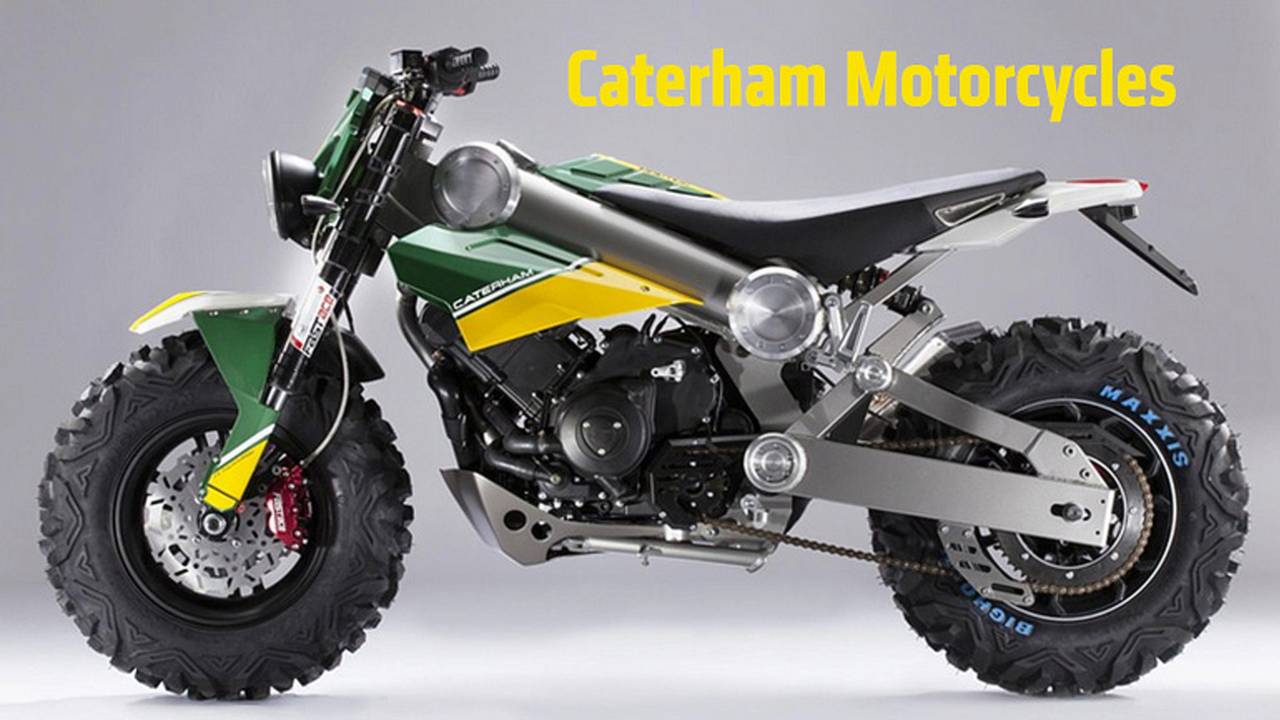 Can a tiny British sportscar company make good bikes? Meet Caterham Motorcycles, a new division of the Caterham Group that has been launched.

The company already revealed in September that it would be entering Moto2 in 2014, under the entrant title of “Caterham Moto Racing Team,” with its own works team using in-house designed, engineered and built motorcycles. There are no details yet of who will be riding for Caterham, or what the bikes will look like.

However, in Italy this week, Caterham said it would now launch a new bike division to manufacture and produce motorcycles that it will sell around the world including the U.S.

In Milan it showed three design concepts to give consumers an idea of what to expect in the near future. The first is the Brutus 750, which has been seen before and was created by former Lambretta designer Alessandro Tartarini. Essentially it is a two-wheeld quad bike, with a 750cc engine and CVT transmission (also from a quad) and uses oversized tires on 14-inch rims.

Caterham describe the Brutus as “surprisingly nimble to ride” and say it can be used on road, off-road or, after a four-hour conversion, turned into a snowmobile.

The second concept is a retro-styled electric bike called the Classic E-Bike. It has a false V-twin engine to house the Classic’s batteries. No details were given on the bike’s electric motor but Caterham claims a range for the Classic of 25-50 miles from a full charge.

A second electric bike – the Carbon E-Bike – described by Caterham as a premium electric bike with modern styling taken from Formula One racing cars joins the line-up. Again no technical details were revealed.

According to Caterham all three concepts will be launched as full production bikes in 2014 and will be sold in European, North and South American markets as well as Asia.

Caterham Bikes has appointed Al-Ishal Ishak as its CEO and he will oversee the launch of all three models. He said: “We are realistic and honest enough to know that we’re not in the business of rivaling the establishment, we’re here to offer an alternative that befits the spirit of Caterham.”