So I rode to LA and met the guys

So I rode to LA and met the guysThe trip from Wes' house in Hollywood from mine in Scottsdale is 387 miles — that's 5 hours and 42 minutes of riding...

The trip from Wes' house in Hollywood from mine in Scottsdale is 387 miles — that's 5 hours and 42 minutes of riding a café racer through the hellish desert into gorgeous LA. Luckily, the I-10 is fairly straight and I was able to maintain speeds between 80 and 90 the entire way. However going anything over 80 miles an hour on a bike that's not so streamlined and lacks a windshield is like going rounds with Muhammad Ali. Really thankful that I have leathers — getting hit by shit at 90 miles an hour hurts. Ever have a bee explode on you at 90mph? Not bad for my first long distance motorcycle trip. 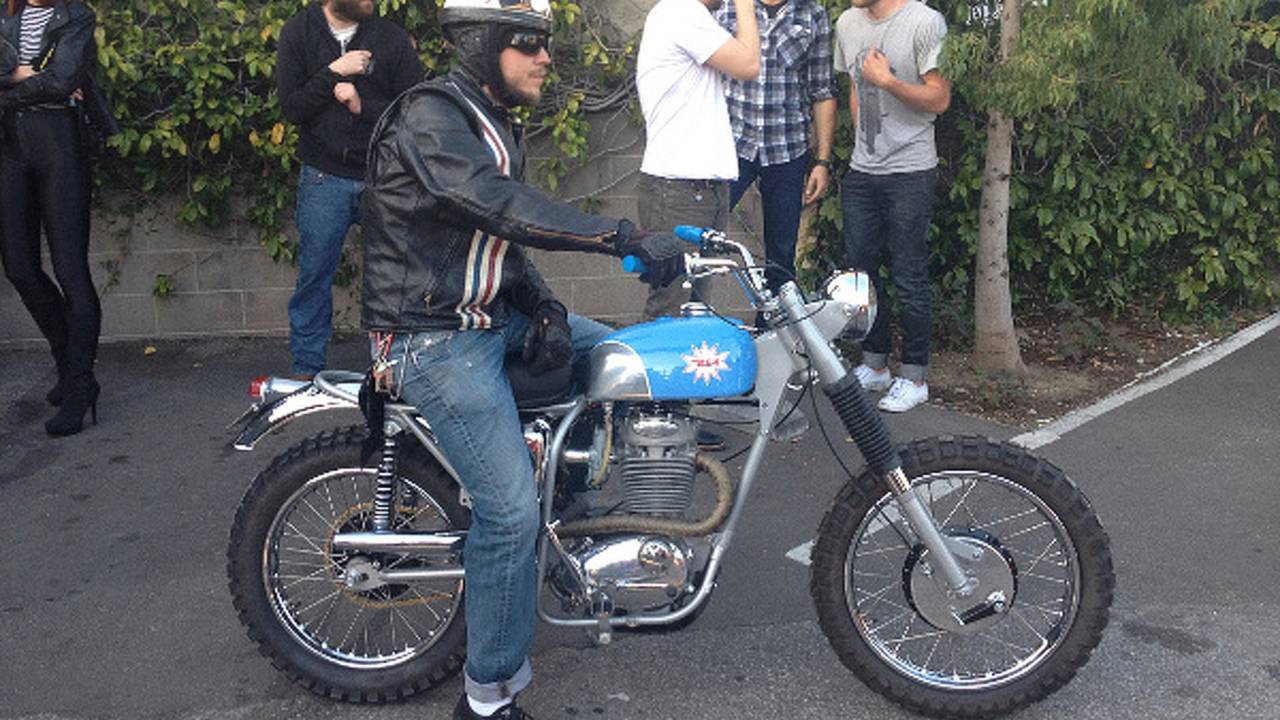 A vintage BSA at the Festival of Thump.

I came over to LA to get out of Arizona for a bit (it's a long story) and go to Deus Ex Machina's Festival of Thump. I wanted to see vintage bikes, which I never get to see in my native desert (Check out the gallery below for all the awesome bikes). The Festival of Thump celebrates the single cylinder engine motorcycle and all its glory. I saw motorcycles I've only seen pictures on the internet of — Vincents, full-blown custom cafe racers, and pretty much anything that was vintage. Every bike that I wanted to see in person, I saw. The Deus Ex Machina store is excellent and has all the cool toys and motorcycle related apparel and art. Deus' art is incredible, even their e-mails are pretty. I met a ton of cool people — talked bikes all day and drank a whole lot of beer. As the Facebook invite said —> "All hail the single cylinder. It’s the hardest working engine in motorcycling and it deserves serious respect." 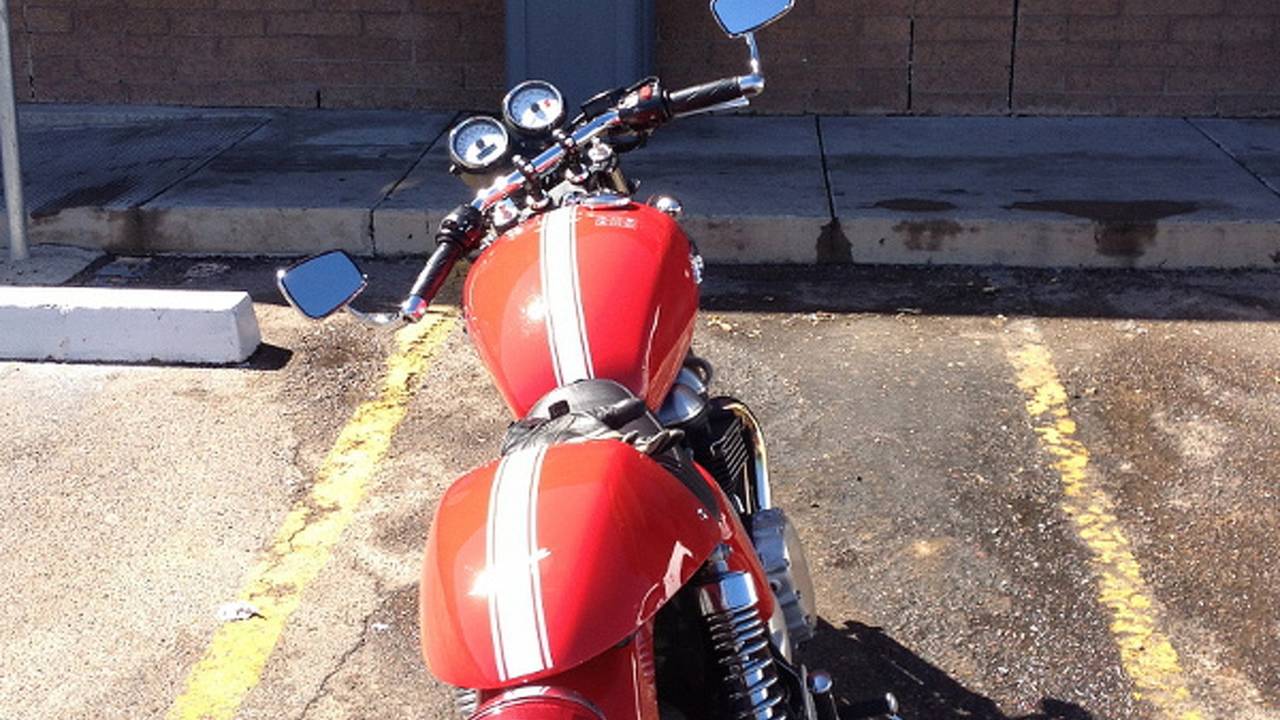 Lanesplitting on Thruxton is surprisingly easy.

When I hit the California border, I had forgotten I could lane split — it wasn't until I hit West Covina that I saw other bikers signaling me on to split with them — the AZ plates gave me away I guess. After trying it a couple times myself, I realized how easy it was and start lane splitting like crazy. I'd never expected cars to get out of the way for me in any situation on a motorcycle ever. Anything from cheap Honda Civics to $100,000+ vehicles were getting out of the way for me — it was just insanity. Compared to riding in Arizona, it meant that I never had to wait for lights because I could split to the front, I could maintain my speed, and I only had to stop for stop signs. If you've never ridden a motorcycle in LA, you really haven't ridden a motorcycle at all. 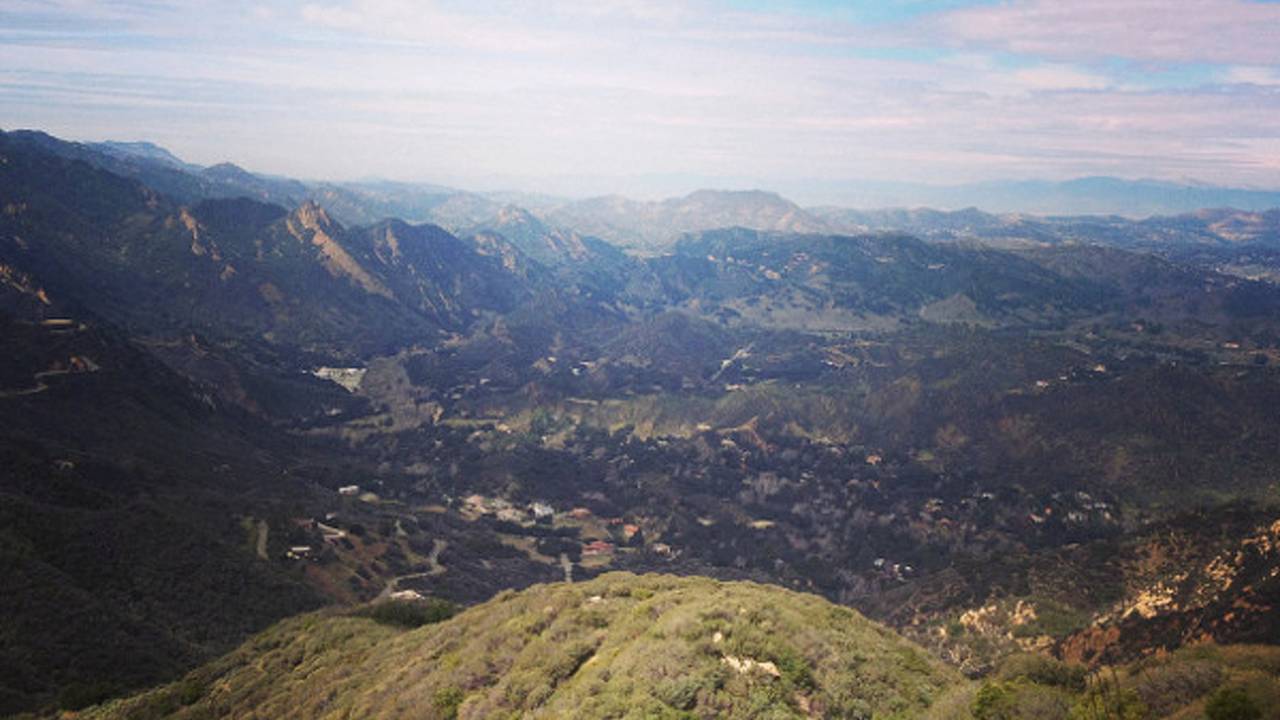 I had five hours of views like this with all the twisties I've ever wanted.

Malibu is a Motorcyclist's Paradise

California is absolutely beautiful — its a real treat to ride through it. It's the complete opposite of the barren desert area I live that only has straight roads and basically no turns. Adey, the man who just reviewed the special edition GSXR1000 for HFL, took me through Sunset Boulevard all the way up to Pacific Coast and into the mountains of Malibu.

Adey rides like a pro and it was impossible for me to keep with him — he had to wait at every stop sign for me.

Malibu is truly a motorcyclist's paradise — wrapping curves that last forever and lead up to some of the most picturesque views I've ever seen. I rode up through Mulholland drive to the Rock Store, stopped and talked bikes with a bunch of people I've never met before. Adey took off to "do his thing" — record videos of himself riding like mad — and gave me directions on how to get back home. Then I rode though the infamous Snake and onto Kanan Road back to the Pacific Coast Highway. I rode the PCH — enjoyed its beauty and the lane splitting — all the way back to Sunset Boulevard. That's probably the most amazing Sunday I've had in a long while — next you are in LA, ride through Malibu, youll never regret it.

Southern California is definitely paradise when it comes to two wheels — I don't think anywhere else in the US could be a better place for motorcyclists. The roads, the bikers, and everything that comes with owning a motorcycle is at its peak there. I'll be moving soon, see you there.

By: Daniel Silverman
++
Got a tip for us? Email: tips@rideapart.com