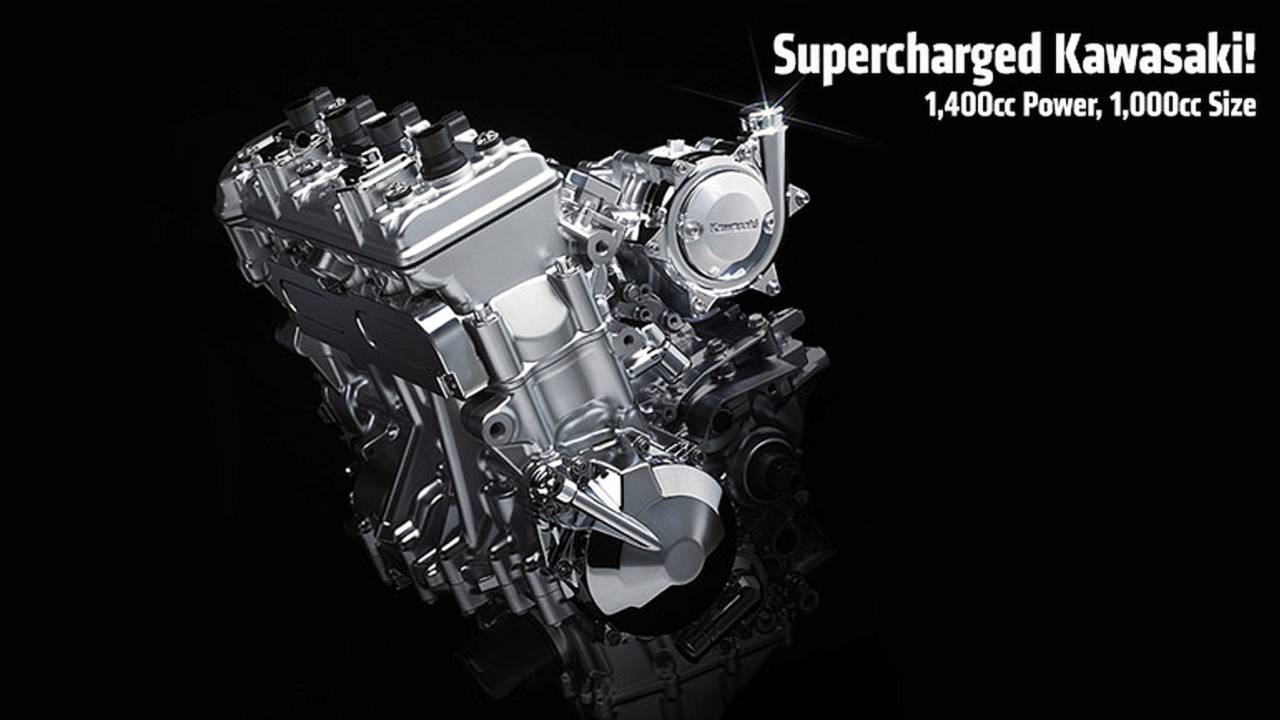 A world-first from a mainstream manufacturer, the Kawasaki Supercharged Motorcycle engine should produce big power in a small package.

"Kawasaki Heavy Industries, Ltd. also has a long history of developing technologies for turbine engines," states the company. "The lifeblood of these turbines is their blades, which need to be able to cope with extreme heat and vibration while spinning at high speeds. Know-how from years of designing turbine engine blades was instilled in the first supercharger developed by a motorcycle manufacturer. And of course, designing a motorcycle-use supercharged engine in-house means that maximum efficiency could be pursued."

No further details of the motor are currently forthcoming, but England's MCN reports that the engine is said to be "close to 1,000cc" and could power the next generation ZX-14R.