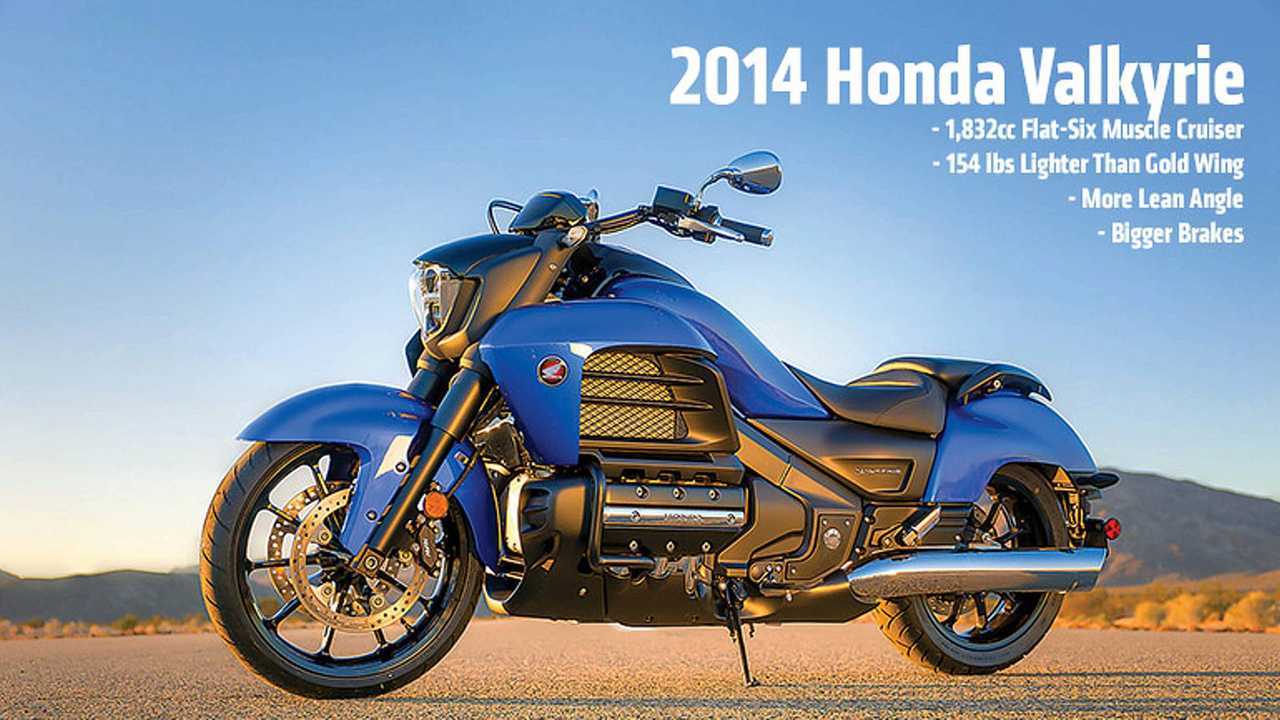 Let's all go to Valhalla!

To create the 2014 Honda Valkyrie, Honda pulled the fairing and luggage off the Gold Wing, replacing that instead with minimalist, futuristic styling. In the process, the Valkyrie sheds 154 lbs of weight, massively increasing performance from its 1,832 cc, flat-six engine.

As a result, the Valkyrie may sound like it differs from the Gold Wing only cosmetically. But, those cosmetic changes are so significant, they reap physical benefits.

The other big differences over the Gold Wing are in foot rest position and brake disc diameter. Versus the Gold Wing, the the pegs sit a full 1.3 inches higher, providing a substantial, but as-yet-unreleased increase in available lean angle. Brake discs grow 296 mm at the front to 310 mm, clamped by the same four-piston calipers.

Yes, the rest is cosmetic. The pillion seat and grab rails will bolt-off, revealing a fender untainted by bolt holes or black plastic. Turn signals, taillight and headlight all go LED. A new, minimal cowl shrouds the radiator while diverting hot air away from the rider. Bars grow in diameter to a full inch.

Given the limited changes between Valkyrie and Gold Wing, it'd be understandable if you're a bit nonplussed by the new model. We felt the same way when the F6B was unveiled, but discovered a bike that differed near totally over the Gold Wing when we rode it. Will this Valkyrie do the same? We'll bring you a review early in the new year. Look for sales to start in the Spring of 2014.