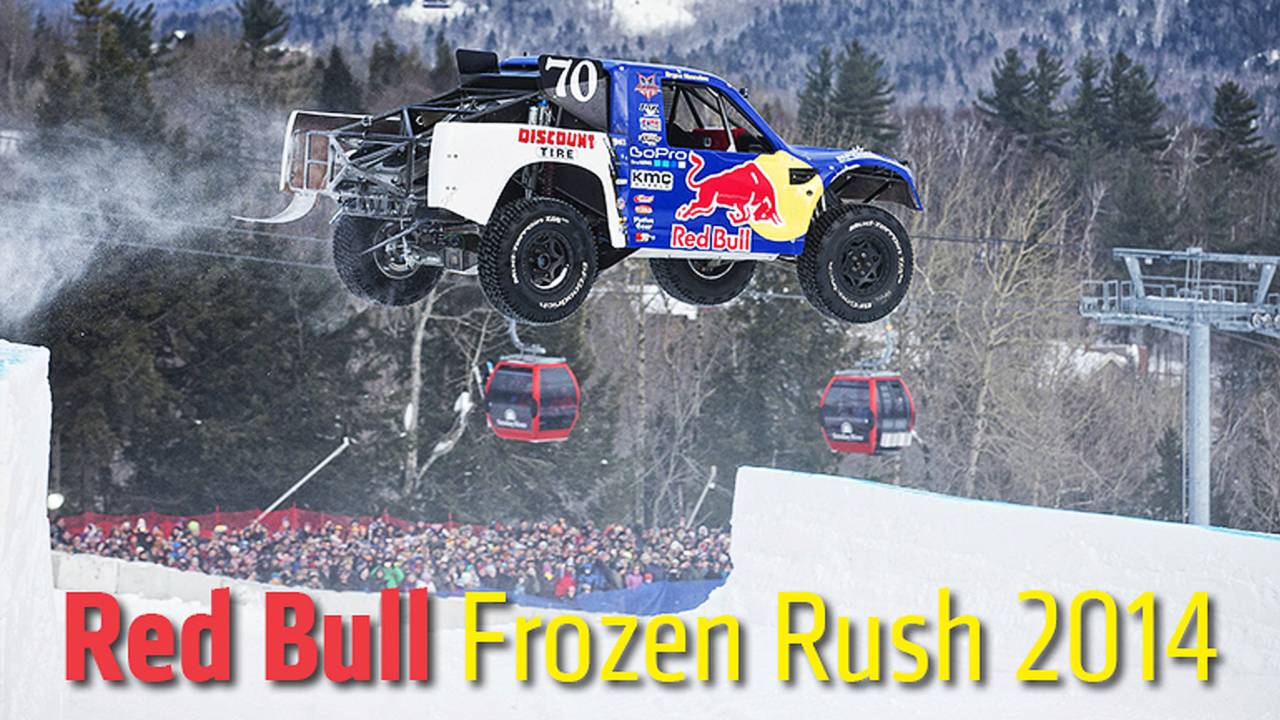 When life gives you a Polar Vortex, there's only one thing to do: Spin some wheels and get the snow dirty.

The race format for the Red Bull Frozen Rush was a head-to-head bracketed single elimination, with two drivers on the course at a time. The Pro4 trucks careened and slid along trails, through slalom courses, over jumps and moguls. Eight pro drivers made the trip to Maine for some intense competition. The final heat was decided by a hair, with Ricky Johnson defeating rival Pro4 driver Johnny Greaves by just 0.24 seconds.

The Winter Olympics at Sochi are coming up in a few months, but for motorheads, this noisy, messy blast of fun might just have eclipsed the quiet schussing of the skis and even the acrobatic fun of snowboarding. Nothing pumps up the volume like 900 horsepower wailing through the mountains.

For the record, here are the race results:

Highlights of the Red Bull Frozen Rush 2014 will air on NBC on Sunday, February 2 at 3:00 pm as part of the Red Bull Signature Series. For more details, visit www.redbullsignatureseries.com