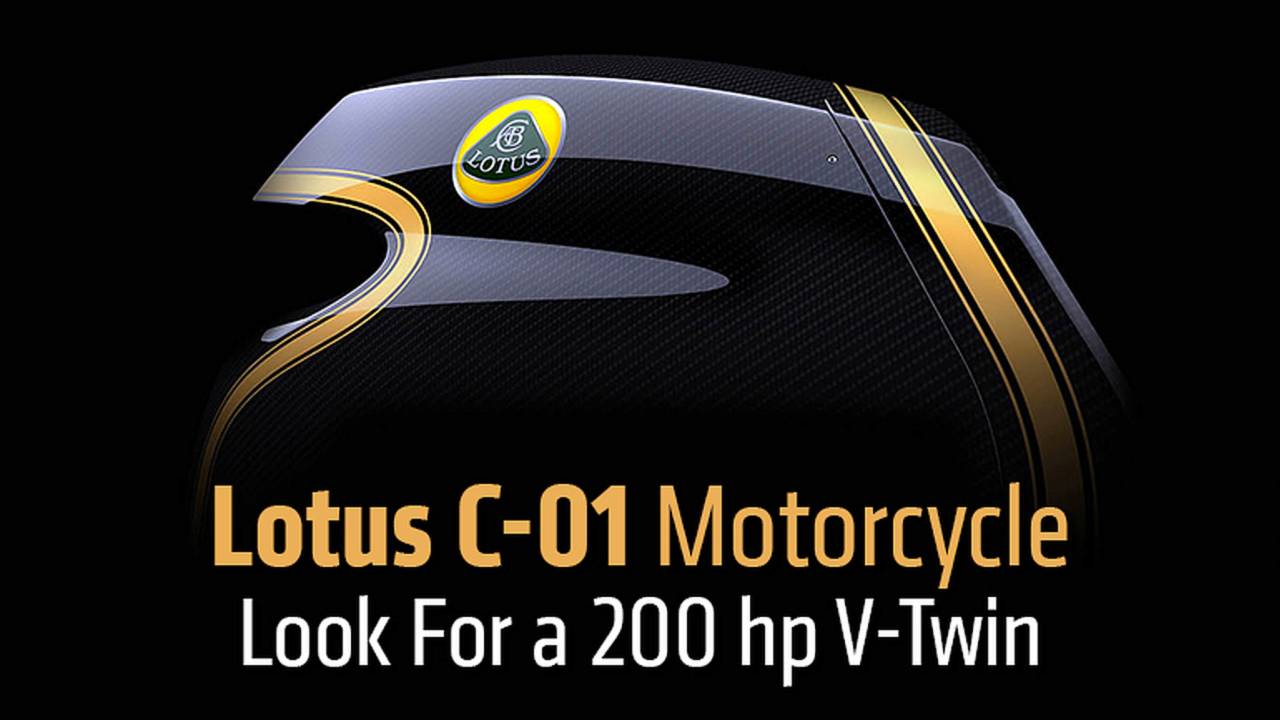 The Lotus C-01 motorcycle, which was announced six months ago, is rumored to be equipped with a 200 hp V-twin engine with full details revealed next month.

The Lotus C-01 motorcycle, which was announced six months ago, is rumored to be equipped with a 200 hp V-twin engine with full details about this new bike being revealed at the end of next month.

The C-01 is the result of a joint venture between Holzer Group tuning and the Kodewa racing team, both of which are based in Germany. The link to the famous Lotus sports car company is that Kodewa is responsible for the Lotus LMPS (Le Mans Prototype 2) race car. The C-01 will not be manufactured by Lotus but made under license by the German consortium.

Sources close to the project have confirmed that a V-twin engine in stock form is being used with around 170 hp, but for the production version of the Lotus bike, it’s anticipated this may be increased to 200 hp. The origins of the engine are not public knowledge yet, but it has been confirmed this unit is a current production V–twin. So, perhaps Ducati or KTM?

Renowned automotive designer Daniel Simon, who previously worked for Bugatti and VW, has designed the Lotus C-01 motorcycle.  More recently Simon’s work has been seen in Hollywood films such as the Tron Legacy where he was responsible for the design and styling of the Lightcycle.

Testing is underway at the moment on the Lotus C-01 with thousands of miles apparently already completed. There are also reportedly two development bikes – one with full carbon fiber bodywork and one without.

However, aside from announcing the Lotus motorcycle, the German consortium has issued no images, technical details or exact launch date. It has though confirmed that further information will be available at the end of February.