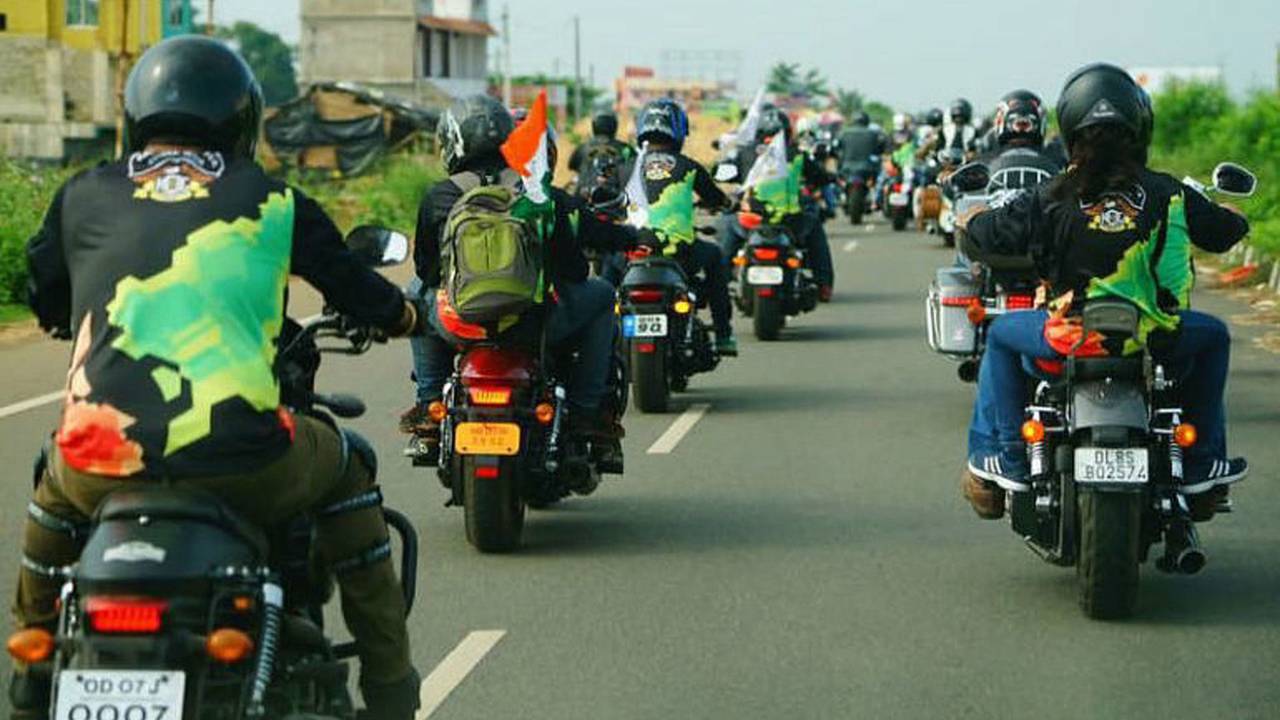 Hundreds of riders gather in India to celebrate the country's 70th Independence Day.

Triumph Motorcycles became a partner with Smile Foundation to support the cause of Girl Child Education, and organized the "Ride to Freedom" across 14 cities in India. Scores of Triumph owners joined the ride in New Delhi, and Triumph India Managing Director Vimal Sumbly rode with a group in Pune.

"I firmly believe that true freedom comes from education,” Sumbly told NDTV. “And in a country like ours, where the female population is often disregarded, it is imperative we create opportunities for young growing girl children to learn, grown and evolve.

"It was a wonderful ride and it was great to ride with so many riders on the occasion of Independence Day," said Rohit Kapoor, a Triumph owner.

Members of the enthusiastic Indian Motorcycle Riders Group (IMRG) along with other motorcyclists rolled out on their bikes bearing the Indian tri-color and paid tribute to India's freedom fighters. The IMRG Freedom Ride concluded at venues holding national importance such as Qutub Minar in New Delhi, Amar Jawan Jyoti in Jaipur, Gateway of India in Mumbai, Gandhi Ashram in Ahmedabad, and Veerbhadra temple in Bengaluru.

Ducati also hosted organized rides, and while some chose to come out on the streets in groups, others elected to leave the city limits looking for adventure with like-minded riders and friends. What is common though is the love for motorcycling, and Independence Day provided a good reason to celebrate the joy that motorcycling brings to every rider's life.