Where Are The Harley-Davidson Street 750 and 500 Made? 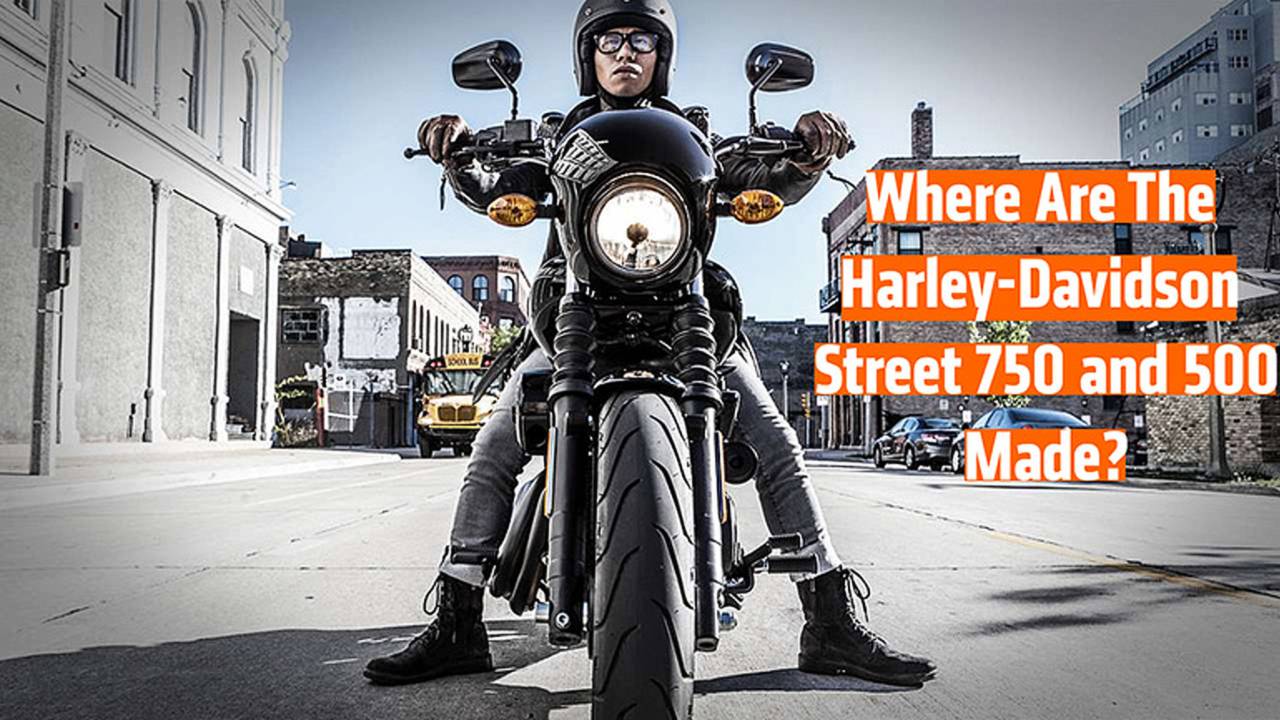 With plants in both India and America dedicated to producing the new bikes, where are the Harley-Davidson Street 750 and 500 made?

Last week at the EICMA show in Milan, Italy, Harley announced its first all-new motorcycles in 13 years. But, one question remains: Where are the Harley-Davidson Street-series bikes made? With manufacturing and assembly split between Missouri and India, it’s just not clear.

We Ride and Crash the Harley-Davidson Street Rod

Targeting entry-level buyers here in America and upmarket buyers in developing markets, the liquid-cooled V-twins will be launched in six countries during the second quarter of 2014, retailing for $7,500 and $6,700 respectively.

It would be fair to say at this point that the news from Milwaukee was met with upbeat enthusiasm from the motorcycle community, who see it as a positive move by H-D to get new riders into the fold. The proof, of course, is going to be how good these bikes are when we get to ride them.

H-D has made no secret of the fact that it’s looking outside of the U.S. to grow its market share and ultimately sell more motorcycles. For the past two years, the company has operated a CKD (knock down facility) in Bawal, India, assembling Sportster, Dyna, Super Glide and Softail models that are then sold in that market. Parts for these bikes have been shipped from the U.S. and around the world and the bikes are then assembled in India, which helps them avoid local tariffs and price the bikes assembled there at an accessible level for Indian riders.

Harley is open about the fact that Street 750 and 500 models destined for India, Portugal, Italy and Spain will be made in that same Indian factory. And we do mean “made,” not “assembled.” The bikes will be manufactured at that facility, including the new “Revolution X” motor and its six-speed transmission.

However, Harley says that all U.S.-market Street 750 and 500s will be “made” at its plant in Kansas City, Missouri. As with all bikes, many of the components will be sourced from around the world. What’s not clear is how much of the bikes will actually be “made” there.

Can the Harley-Davidson Street 750 appeal to both new riders in America and upmarket buyers in India and Europe simultaneously?

There’s now a dedicated assembly line for the Revolution X engine at the Kansas City plant. However, Harley has made no mention of where the Street’s transmission, frame or other major components will actually be manufactured, nor where the engine’s cases and head would be cast.

On the face of it, it seems to make economic and business sense to us to have all parts for these new models (including the engine, transmission and frames) cast, manufactured and shipped from India to the U.S. for assembly in Kansas City, for the bikes destined for North America. It doesn't add up financially to have two separate manufacturing sources for parts for the same bike on two different continents.

During my time at Aston Martin there were times when we had to make a decision to build engines in Germany and not England. We found that you can have two assembly lines, but economically, it’s not good business to have the same parts being manufactured at two separate locations.

So, are the Street 750 and 500 being built in America or are they Made in America? Because there’s a difference, we reached out to Harley-Davidson to find out, requesting an interview with a company executive immediately upon the model’s release. After some back and forth, that request was denied and an interview with a PR person offered in its place. That interview has yet to occur. Lacking answers to our questions, we’ve instead decided to state publicly what we'd like to know:

2. Where are the Street 750 and 500 frames made? If they are being simultaneously produced in both India and America, how does that add up financially?

3. Does the low price of the new models reflect India’s cheaper labor rates?

4. Can Harley really build the same bike at the same cost in America as it can in India?

5. How does Harley predict Sportster sales will be impacted by the Street’s release? Why buy a more expensive Sportster over a more affordable Street 750?

6. Why, from a cost perspective, would Harley duplicate the manufacturing process on two different continents?

So, Harley-Davidson, are the Street 750 and 500 made in America or assembled in America? You have our phone number and we’d really like to find out.