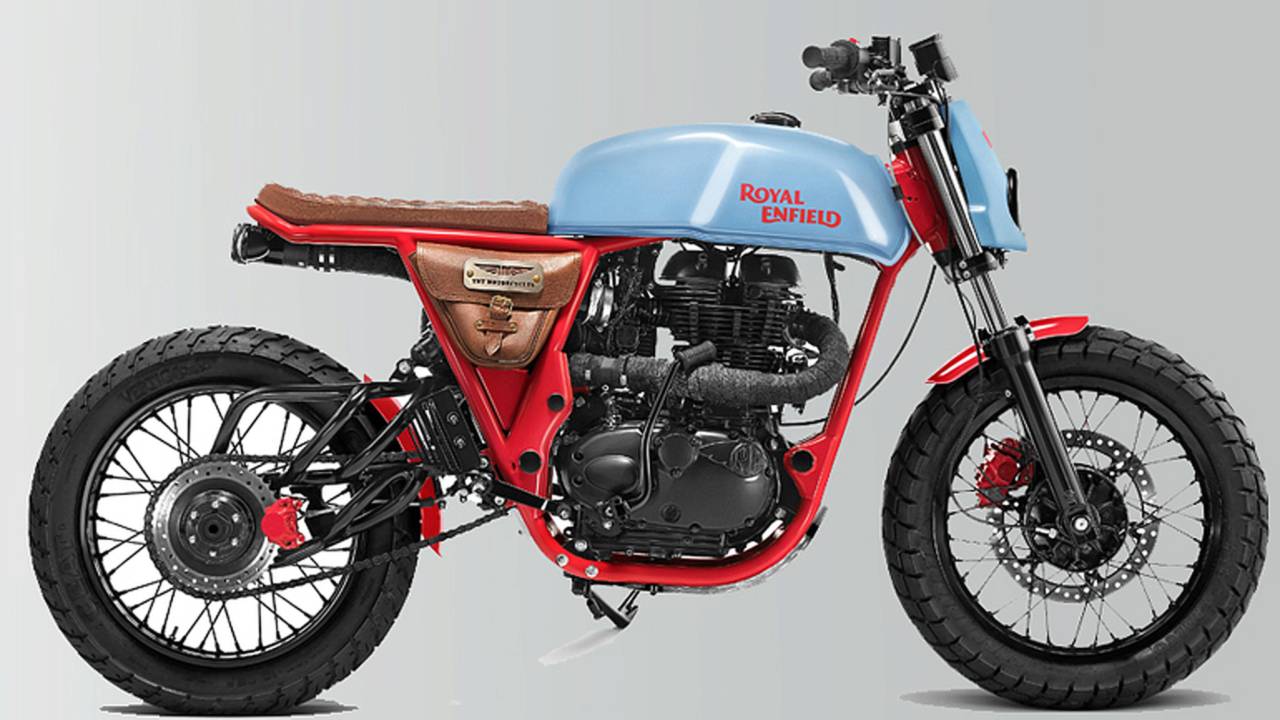 Royal Enfield has teamed up with four custom bike designers to give riders a wide selection of customization options.

Royal Enfield India, descendant of the venerable British marque, has been producing quality bikes for the domestic and import market since the mid-50s. Some, like the venerable Bullet and and the stylish Classic 500, are retro-styled bikes that combine old-school cool with modern technology. Others, like the Himalayan, are more modern-looking machines that arguably have a wider appeal to today's riders.

Despite the company's long and storied history, however, Royal Enfield never had much of an in-house customization program. Sure it sold saddlebags and windshields and offered custom colors, but Enfield's factory custom options were never as broad and varied as, say, Harley's bolt-on parts empire. That's about to change, though.

According to the Times of India, Royal Enfield's store in Kahn Market recently teamed up with a quartet of bike custom bike builders to offer riders a multitude of custom options for their REs. Bikes by Inline3, TNT Motorcycles, Bull City Customs, and Bombay Custom Works are on prominent display at the Kahn Market store, each one accompanied by a build sheet describing the modifications to the bike. Through this new program, customers can work directly with one of the four featured bike builders to make their new Royal Enfield truly one of a kind.

Keen observers will note all those builders are based in India. No word on whether the customization partnership idea will be expanded to other markets.

"Royal Enfield sees custom builders as key members of our community because they have invested their whole life with motorcycles," said Samrat Som, head of Royal Enfield's apparel and accessories division.

The work done by the four featured custom houses ranges from mild to wild, from simple paint and bolt-on parts to radical modifications of frames, swingarms, and sheet metal. They push the Royal Enfield canvas to the limit, and show just what talented designers can do with these sturdy little bikes. Customers interested in a bike from one of the four custom houses can have as little or as much work done to their bikes as they wish. Anything from new seats or different handlebars to a full on chop can be done, and mods can be ordered a la carte, as it were.

"The simple design, engineering, and maneuverability of Royal Enfield motorcycles creates an open canvas for us to play with, modify, and beautify," said Naveen Nandal from TNT Motorcycles, whose custom Continental GT Roadster is one of the four featured bikes.

To go along with the custom bike program, Royal Enfield also rolled out a new line of branded lifestyle gear including jackets, helmets, gloves, and sunglasses.

“Royal Enfield has always been the preferred canvas for those seeking motorcycle-nirvana through the custom route. Collaborating with the custom builders is the brand’s way of celebrating a motorcycling-inspired way of life,” said Som of the collaboration.