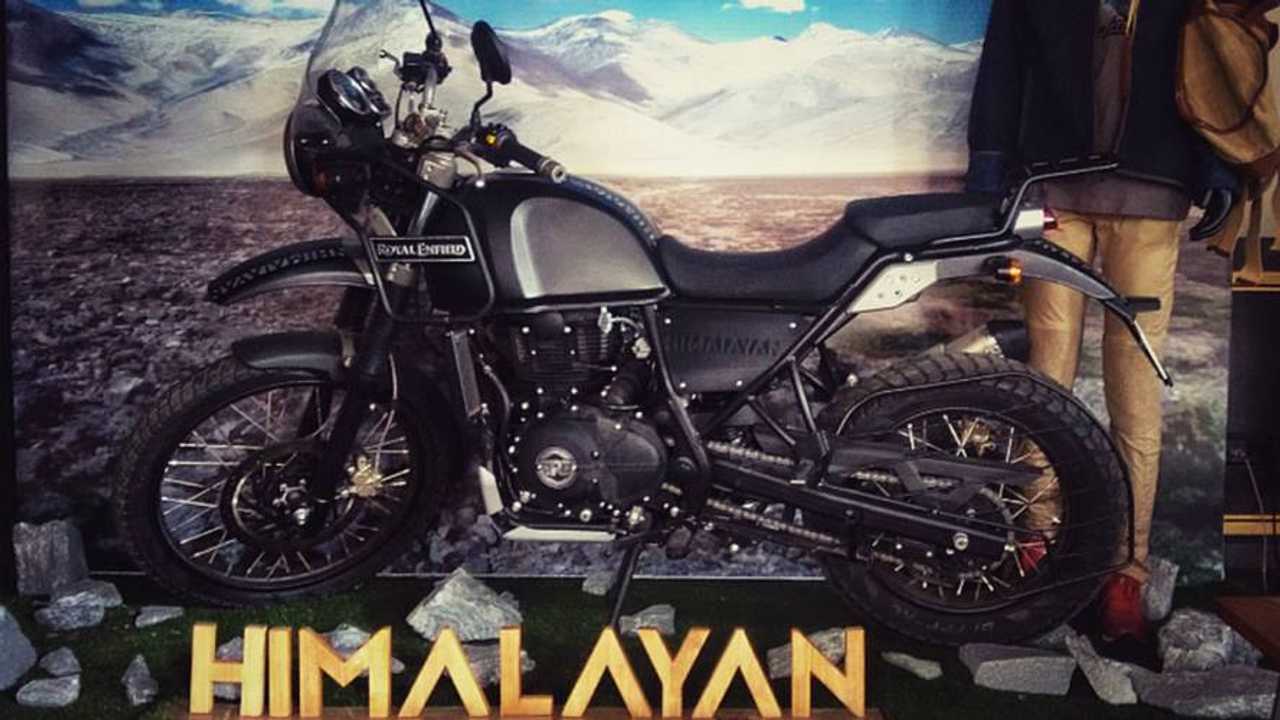 The Royal Enfield Himalayan has hit Indian dealerships, but can its simple style and smooth (if untested) ride make the leap to Europe and the States?

After the official unveiling at the 2016 Auto Expo in Delhi, India, bikers who fell in love with the Royal Enfield Himalayan had to wait another month to walk into a showroom and book the all-new adventure tourer. Though not an ardent follower of the Royal Enfield range, (since they are slightly heavy for someone of my build) there were no second thoughts at all when it came to turning up at the friendly neighborhood dealership to see the Himalayan in the metal.

The test ride was too short to pass a judgment. Above all, the test bike had hardly 250 miles on the clock, and hence couldn’t be pushed to its limits before a proper run-in. But here are a couple of things that scored in the Himalayan’s favor during that quick ride:

The spartan styling of the Himalayan may have its share of detractors, but it looks a lot better than it does in the pictures. Those crash-protection bars wrapped around the tank, the limited use of body panels, and the exposed frame and the overall design philosophy, which mirrors that of a purposeful motorbike from a post-apocalyptic movie—it wins you over almost instantly.

The seating posture that the bike offers is quite comfortable. It has an 8.6 inch ground clearance and still manages to be accessible for riders who aren’t that tall, thanks to the seat height of 31.5 inches. Potholes and broken roads didn’t upset the Himalayan that much, but it wasn’t a proper test for its mono-shock rear suspension, which will have to take a beating on a proper dirt track.

Powered by a brand-new 411cc SOHC engine that belts out 24.5bhp of power and 34Nm of torque, the Himalayan does have the “thumper” traits of its stable mates. However, it stands out from the rest of the Royal Enfield bikes by having its own version of that signature Enfield exhaust note.

There was another pleasant surprise. Most Royal Enfield riders have spoken of the vibration levels that are part and parcel for the bike. But the Himalayan comes with a counter balancer, which reduces the vibrations significantly. That's also something to be tested over a grueling full-throttle ride that navigates rough terrain.

In India, the price has been set at $2,335, and once you pay up the tax and insurance charges you can take one out to the mountains at $2,668. Would you like to customize the Himalayan? That’ll be another $600 for accessories like panniers, a top box and jerry cans. There is also Royal Enfield riding gear to shop for.

The prospects of the Himalayan’s arrival in US and European markets will depend on how well it does on the home turf. So far, the response has been positive, with many outlets receiving strong booking numbers. If it turns out to be a hot-seller in the sub-continent, then the Himalayan may be on its way to international markets before we know it.