My brother-in-law has a low-miles late model Royal Enfield Bullet 500 and recently offered to let me borrow it for two weeks if I fixed a minor electrical issue for him. I'm not one to say no when offered a free motorcycle no matter what it is, so it gave me a chance to put it through its paces for you, the readers. 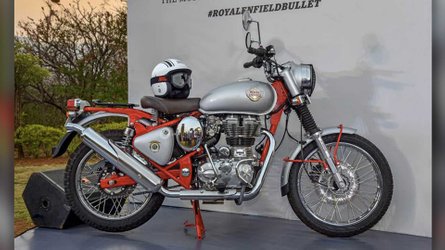 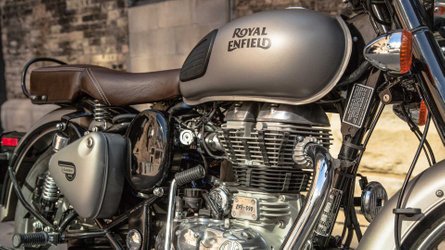 If you are already familiar with the history of Royal Enfield, and the modern Indian versions, just skip ahead a bit. Enfield started in Redditch, England, in the 1890s making bicycles. A government contract to produce gun parts led to both the "Royal" part of the name and the "Made like a Gun" slogan. 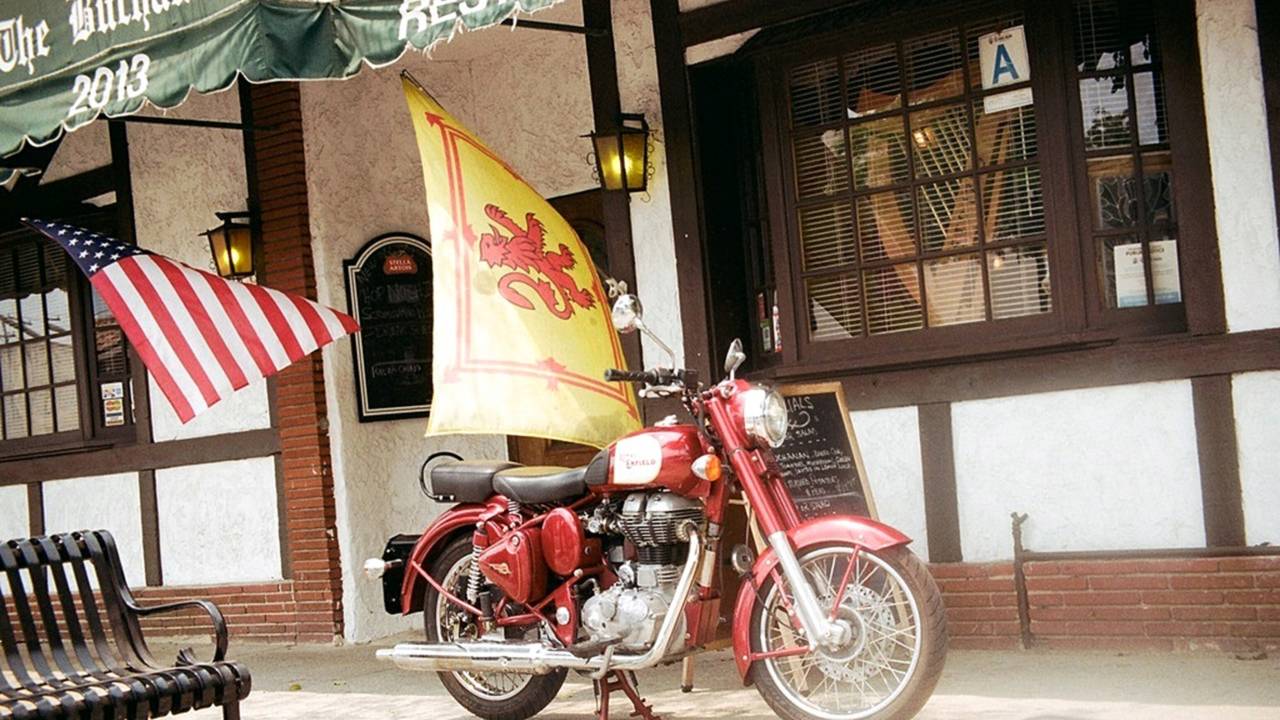 Even before the 20th century started they were making four-wheeled motorized cycle-cars, with their first motorized bicycle debuting in 1901. By the 1930s they were a force to be reckoned with, building four-valve singles which were some of the fastest TT racers. In 1949, the Indian army ordered a large fleet of 350cc Royal Enfields, which proved so popular that by 1955 the government of India had built a factory there to make them.

When the British motorcycle industry collapsed, the Indian factory just kept right on making the same bikes for the next 50 years, and began exporting them to the United States again in the late 1990s. In 2006, they introduced a much updated 500cc motor, with unit construction and fuel injection, and have been selling various variations of it ever since. 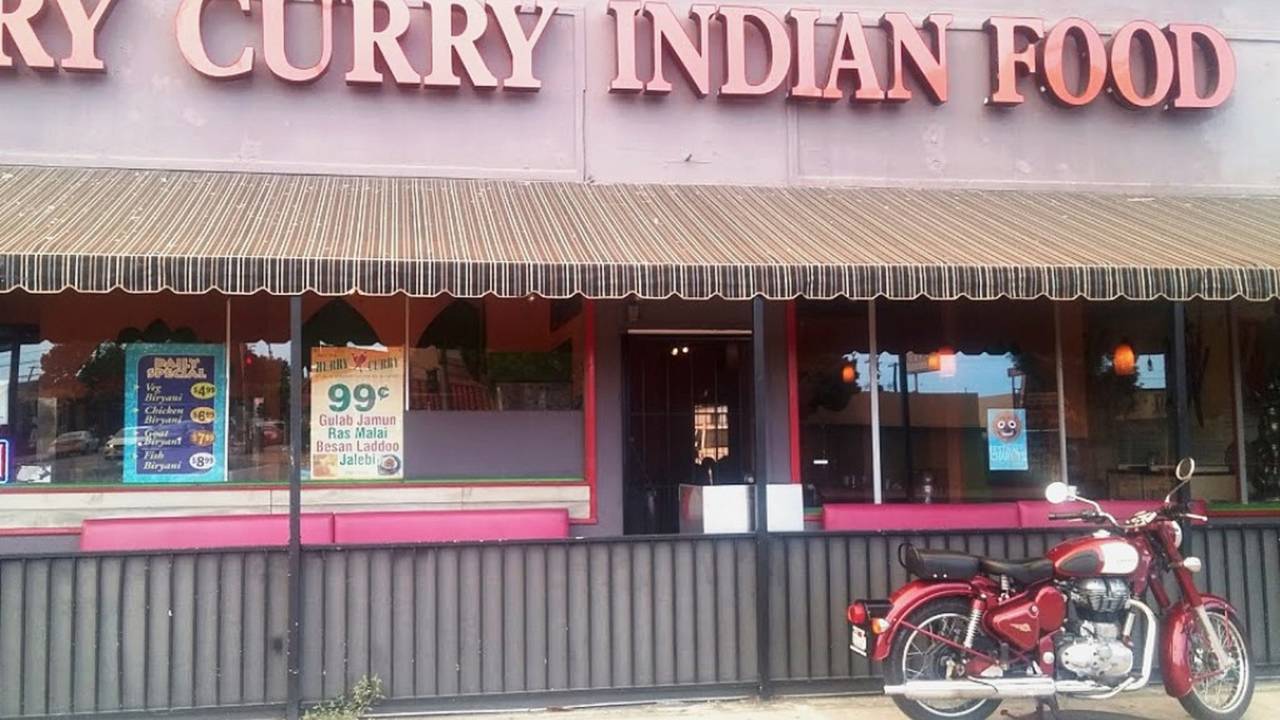 The current bikes look, even to people who ride, like a well preserved bike from 60 years ago. That is their biggest selling point; all the style and street cred of a classic bike with none of the hassle.

The low cost of labor in India, and the fact that they still largely do things by hand, yields a bike with a fit and finish (for the most part) you only find on much more expensive bikes, like Harley-Davidsons. The lettering may be a decal, but the fuel tank and side covers are hand striped.

The engine does not make a lot of power, but that is not really a big problem. This bike is about as fast as a scooter, and slower than many of the modern 250/300cc entry-level bikes sold today, but most people who shop the Royal Enfield don't cross shop those.

It runs and feels exactly like the old-style single cylinder British bike it looks like. You can feel each individual stroke of the piston, and if you let it run on the center stand on a concrete floor, it will walk away from you. The flywheel mass is so great that it chugs out 3 or 4 extra revolutions after you hit the kill switch. Even with the modern electronic fuel injection there is still a choke lever, but here in Los Angeles I didn't need it; I imagine in the Himalayas it is handy.

Except for the more sporty Continental GT, none of the Royal Enfield bikes come with a tachometer, so I was quite surprised when I hit the hard rev limiter in 1st gear at about 15mph. Even if you are used to riding vintage bikes, you likely won't be ready for the low revs this bike prefers.

It is cliché to say that a motor pulls like a tractor from low revs, but this motor seems very much like something from a tractor; it is happy to cruise at 2500 rpm all day long. If you are used to the way vintage Japanese bikes rev, you may find yourself on the freeway in too low a gear because it will cruise at 60 mph at revs that seem just off idle for modern bikes.

The general bike bits all work OK. I'm 6 feet 2 inches tall and much too big for the ergonomics dictated by the spring seat, pull back bar clamp, and oddly wide knee pads, but if you are less than 6 feet tall you should be OK on it. The brakes work to modern expectations, and possibly better than the front disc on the DR-Z400 I tested a few months ago, or maybe I just was riding slower.

It appears the stock tires are decent Avon Roadrunners, which have enough grip to corner until you have ground the muffler down to a nub. Riding around in traffic is easy, the bike is hard to stall, but filter up to the front at a red light and you will regret it when the light turns green. The Bullet 500 will struggle to get ahead and stay ahead of those soccer moms who are late for pilates; it takes a leisurely 12.6 seconds to get from 0 to 60 mph.

Official figures say the Bullet 500's thumper delivers 27.5 hp; my butt dyno says about 20 of those actually make it to the wheel, which is enough for this bike if you're not trying to beat traffic. 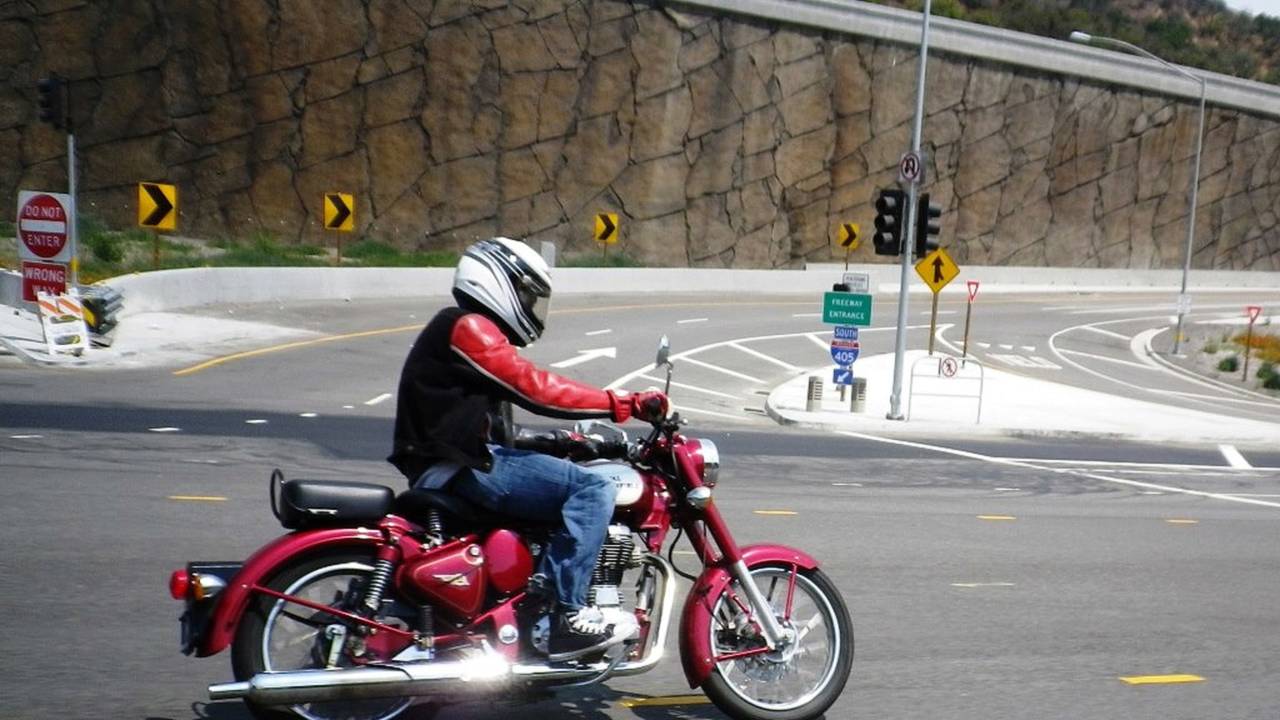 You will quickly find, though, that taking the Royal Enfield on the freeway, or in the canyons, is like asking Elaine from Seinfeld to dance; it is not a pretty thing.

My bother-in-law (An intentional typo? -Ed), the bike's owner, had complained to me that he didn't feel safe on it on the freeway, and I chalked it up to him being a new rider. But once I got the Bullet 500 up to freeway speeds I immediately knew what he was talking about. My friend Rob, who rode the bike for the pictures, said to me: "I've never had a bike try to spit me off at such a low speed before."

When he passed my truck at 50 mph so I could follow him, I was actually frightened at how badly the bike was dancing. We both agreed, though, that it is testament to how solid the frame and geometry are that the bike didn't go into a tank slapper. This may just be an issue with my brother-in-law's particular bike, but it seems there is little damping in the forks or shocks. I have ridden 40-year-old Hondas with blown fork seals that were better behaved at speed. I do plan on investigating this and changing the fork oil in the near future.

The Parts and Service Issue

That brings us to the next big issue with Royal Enfield in general: their current dealer network is minuscule.

If you like this bike –– and there is a lot to like about it if you are looking for an around-town cruiser –– you may not live anywhere near a dealer. I live in Los Angeles; there is only one dealer in all of southern California and that is 35 miles away –– 90 minutes with traffic. Beyond that there is only one other dealer in the Golden State.

Going alphabetically, the only dealer listed for Arizona is that same one that's 35 miles outside of Los Angeles, in Arkansas you are directed to one of four dealers in Texas or Missouri. But if you live in Connecticut there is a dealership in Enfield (which makes sense). You can look up your own state on the Royal Enfield USA site.

You may be thinking: "This bike is so simple I can work on it myself. I don't need a local dealer if I have the internet."

What I have found while working on this one is that even simple things, like light bulbs and batteries, are different than those used by Japanese, European, or American bikes. On top of that, Royal Enfield does not seem to require that their dealers stock parts for them (Or maybe it's just none of the shops bother to have parts listed online). Every little part we have had to get has had to be mailed from India, which takes roughly three weeks.

That said, Royal Enfield has recently taken over U.S. distribution from its previous importer, opened a new U.S. warehouse and headquarters, and hired a former Harley-Davidson executive to head the operation. I would expect that to mean a much better dealer network and more parts availability in the near future.

The Royal Enfield Bullet 500 is a perfectly fine bike for someone who wants to own a bike more than they want to ride a bike. It is a good weekend cruiser for running around and doing errands on, but I would not want to depend on it to get to work every day.

I don't think the Bullet 500 is as unreliable as some folks would have you believe, but I know it took three weeks to get a replacement for the clutch safety switch from India. That's three weeks it couldn't be ridden.

Still. if you are considering a scooter, but want something more classic and less cute, this may be the bike for you. Test ride one before you buy, and try to get it up to freeway speeds before you decide. For a similar style bike with similar power consider the Yamaha SR400, though that is kickstart-only.

As for my handling issues, I appear to be the only person who has had them of the people who have posted road tests online. The Bullet 500 I was riding has the leading axle front fork, while the Classic that Sam Bendall tested last year had a slightly different one with the axle directly below the fork tube. It is possible this bike has an older design fork (it looks surprisingly like the original 1947 Enfield unit) and that "newer" ones have better damping. Though, I notice the Bullet 500 still is pictured with the leading axle on Royal Enfield's website.