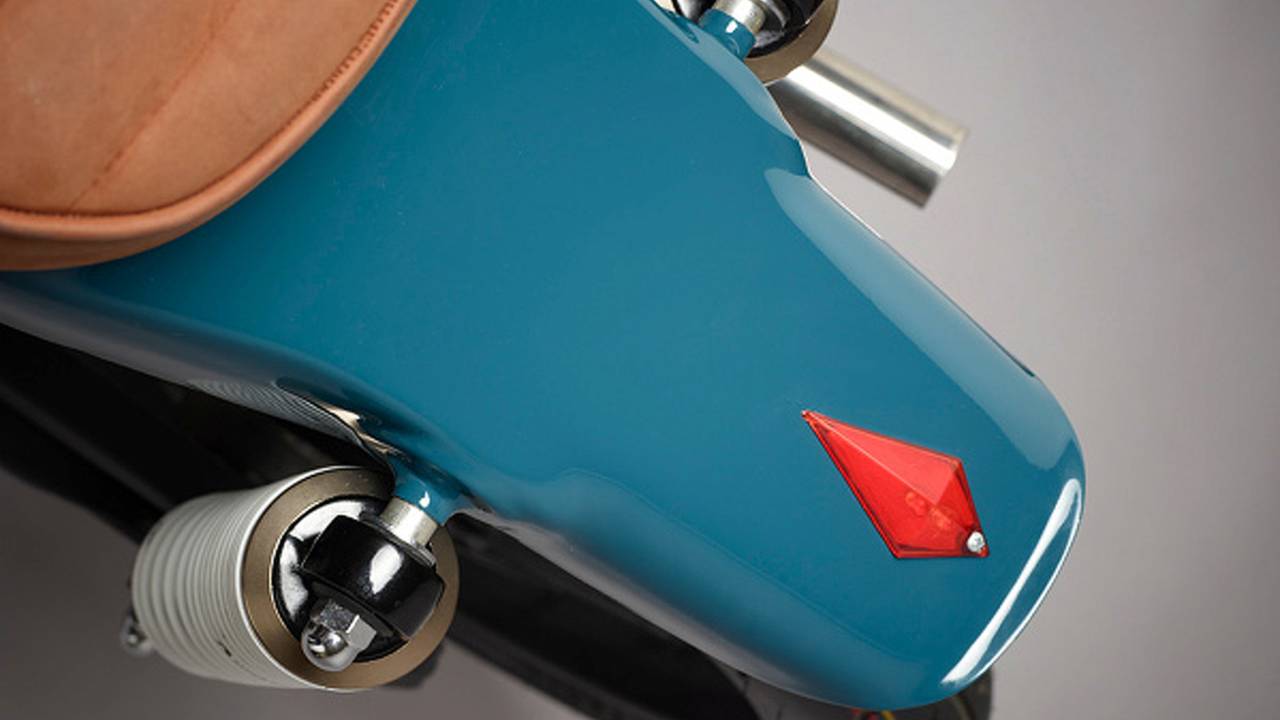 Sometimes you start on a bike that along the way gets bigger and bigger ending up as a totally overambitious project. We did start such a project over a year ago, a small capacity racing bike, that we just could not finish due to lack of funds. Carbon fibre this, Chromoly that, 3000 euro here, 2000 euro there, we wanted the lot. Stoner once said to Rossi: “Your ambition outweighs your talent...

overambitious project. We did start such a project over a year ago, a small capacity racing

bike, that we just could not finish due to lack of funds. Carbon fibre this, Chromoly that, 3000

euro here, 2000 euro there, we wanted the lot. Stoner once said to Rossi: “Your ambition

outweighs your talent”. In our case the ambition outweighed the wallet.

Back to square one. What to do when you have a Super Cub frame laying around, a tuned and

flowed 22 bhp 150cc engine, racing tires, rims and other bits and bobs? Turn it into a ‘non’

Nazi NSUs. Add a touch of Bonneville salt and a sip of Bergringrennen beer and there you

We started off with chopping up the frame, the fabrication of the ducktail and welding a

tube between the headstock and the fuel tank. This tube now functions a 250ml reserve fuel

tank. Most time was spent on the prep of the frame. Three full days of grinding, sanding and

priming. The frame was sent off to the painter, and swinging arm and rims to the powder

coater. Beforehand we knew it was going to be a waiting game since we got a really good deal

for both the painting and the coating. It’s ready when it is ready so to speak.

But still we had lots to do: the nitty-gritty stuff. Brackets, brake cables, clutch cables, throttle

cables all the little parts that had to be made to measure. Lots of work for things people will

really not notice. Next up was a military spec wiring loom. Never knew how much time you

can spend on such a vital part. It’s either right or wrong. No in betweens. In some lost hours

we made a custom seat pan out of glass fibre, got some race foam which we shaped with an

angle grinder and with some gaffer tape we made a pattern for the leather upholstery. And

then off to the 88 year old grandma to stitch the leather pieces together. Grandma loves doing

seat upholstery. She‘s done dozens over the years and she is good at it.

When we got all the parts back after a few weeks the assembly was pretty straight forward.

Within a day the whole bike was together. The last and most vital part was still missing.

The exhaust. And we definitely wanted a JAP style pipe on it. And this had to be made from

Euros for one and 70 for 2 exhausts. Good deal...but let’s wait and see. After many hours of

fitting, adjusting and tinkering the exhaust was ready. And beautiful it was. We paid 50 for it

but the offer for a second one was withdrawn. Quite understandably so, because the guy did

spend some serious hours on it. A second would now cost us 150 euro. Which I think is

still a bargain for a hand made stainless steel exhaust. I strongly recommend them if you need

some tubing bend or welded in the Amsterdam area. Their TIG welding is spot on…

show at Officina Mermaid, the Italian distributor of our Super 120s.

Bonneville Speedweek. We are planning to do a few runs on the salt flats. We might even

Many thanks goes to Jaap Volkers, the best Honda 4 stroke & derivatives mechanic in The

Netherlands and the fabricator/welder of the frame. Without him this bike would not have

seen the light of day.

For our regular and road legal cub please check: www.supermotorcompany.com