Would You Buy the $55,000 Hayabusa Powered Tanom Motors Invader?

Forget the boring modern closed cockpit car and the snowmobile styling of the Spyder. The Tanom TC-3 packs a 197 hp Hayabusa motor, carbon fiber with a sequential shifter, and a huge rear tire that flat rips it.

READ MORE: Honda BULLDOG Unveiled – Would You Ride It?

That's prototype number 1 you see above. It has an open cabin that gives you a view of the front wheels articulating over road imperfections.  It also has steering you haven't experienced since running a go-kart, and that 197-horsepower super bike engine, which is capable of 60mph in 3.5 seconds. is just right behind you.

The open cockpit with a large canopy and a windshield wiper gives you the sensation of open air, but with better bug protection. The Invader, however, is considered a motorcycle and had to meet some pretty interesting guidelines. We would liken it to a high performance Morgan for the modern world. 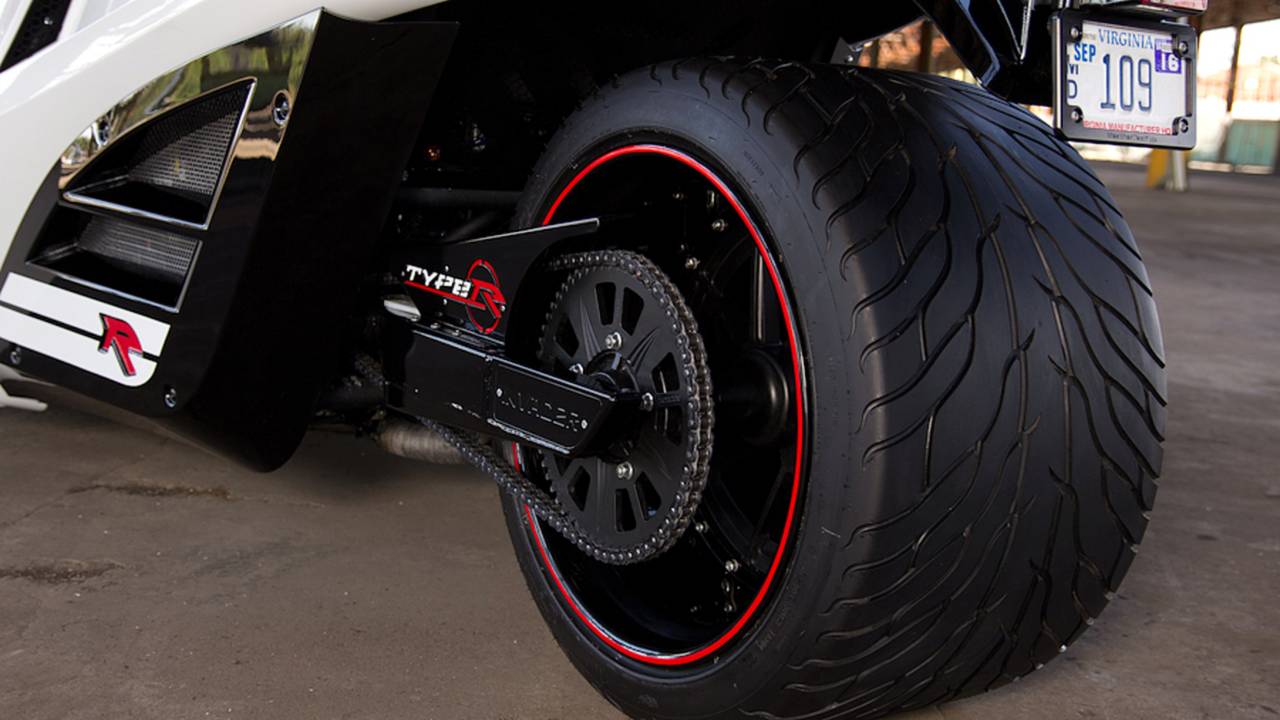 That lets the Culpepper, Virginia based Tanom Motors avoids numerous government regulations that are applied to modern cars. The $55,000 Invader is positioned to deliver maximum thrills for two people in a low-slung 1,140lb curb weight. The rim for the rear wheel is sectioned, widened, and then rebuilt to 20x18 dimensions to accommodate the ridiculously wide rubber.

The engine is a 1340-cc four-cylinder sourced from a Suzuki Hayabusa motorcycle, and it has a six-speed sequential transmission. Tanom purchases new complete Hayabusas' and then disassembles them for the components—therefore, making them the largest buyer of Hayabusa motorcycles in the US. What's interesting is that they sell the take off parts that aren't used through various outlets in order to recoup some operating capitol.

Check out the line of Hayabusa motors waiting for install. 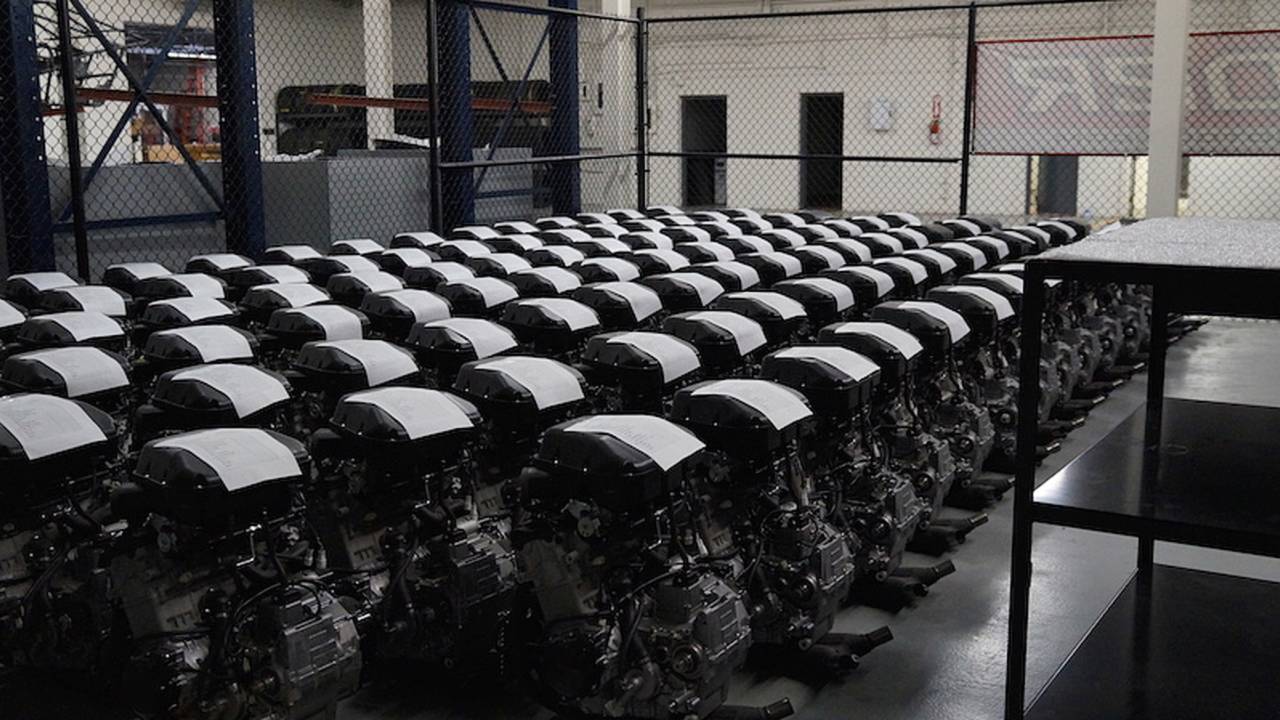 Steering, gas, brake and clutch are likes a normal car's layout, and the shifting is available as a paddle or center lever. According to Tanom, a motorcycle license is needed in 45 states in order to operate the Invader. This also means that the "rider" needs to wear a helmet. The number may drop eventually as more hybrid car/motorcycle three-wheeled vehicles become available, and the laws change to accommodate them.

The Polaris Slingshot is currently on a sales hiatus while its maker sorts out problems with its steering hardware. Campagna's T-Rex has a similar layout to the Invader, while Bombardier’s Can-Am Spyder trike ride in a more traditional motorcycle position.

Except for the T-Rex, these other machines target a lower price and higher volume market. Less performance and lower specification parts allows them to be very aggressive on pricing—not to mention, the sheer size of Polaris and their bank account make the Slingshot much cheaper to develop.

Tanom's CFO Dave Young estimates that as many as 5,000 US customers a year would put an Invader in their driveways, while the Polaris Slingshot’s market segment could be in the tens of thousands a year.

Tanom offers three Invader models: the hardtop TC-3, the open-top TR-3 and the track ready R-model that comes with race spec components, upgraded engine performance, and carbon fiber to lighten the already svelte Invader (this is the one we would drive, fitted with the Brock's Performance pipe.)

Tanom does eventually plan on adding a less expensive model for those wanting to enjoy a three-wheeled vehicle and aren't concerned about the outright performance. The company is also starting with a  production run of 20 models built at their headquarters in Culpeper, Virginia and Detroit, Michigan

Standing up close to the Invader as I shot pictures and watched these machines being built on the assembly line was incredible—laser levels, extensive measurements, and the attention to detail is second to none.

At $55,000, is this a vehicle for everyone? Definitely not. If you're looking for impressive performance from a track worthy road car like the KTM X-Bow, or Ariel Atom then this fits right in.

Check out the video of the Invader tearing up the roads and how it all began.

CLICK TO SEE MORE PICTURES OF THE TANOM MOTORS INVADER 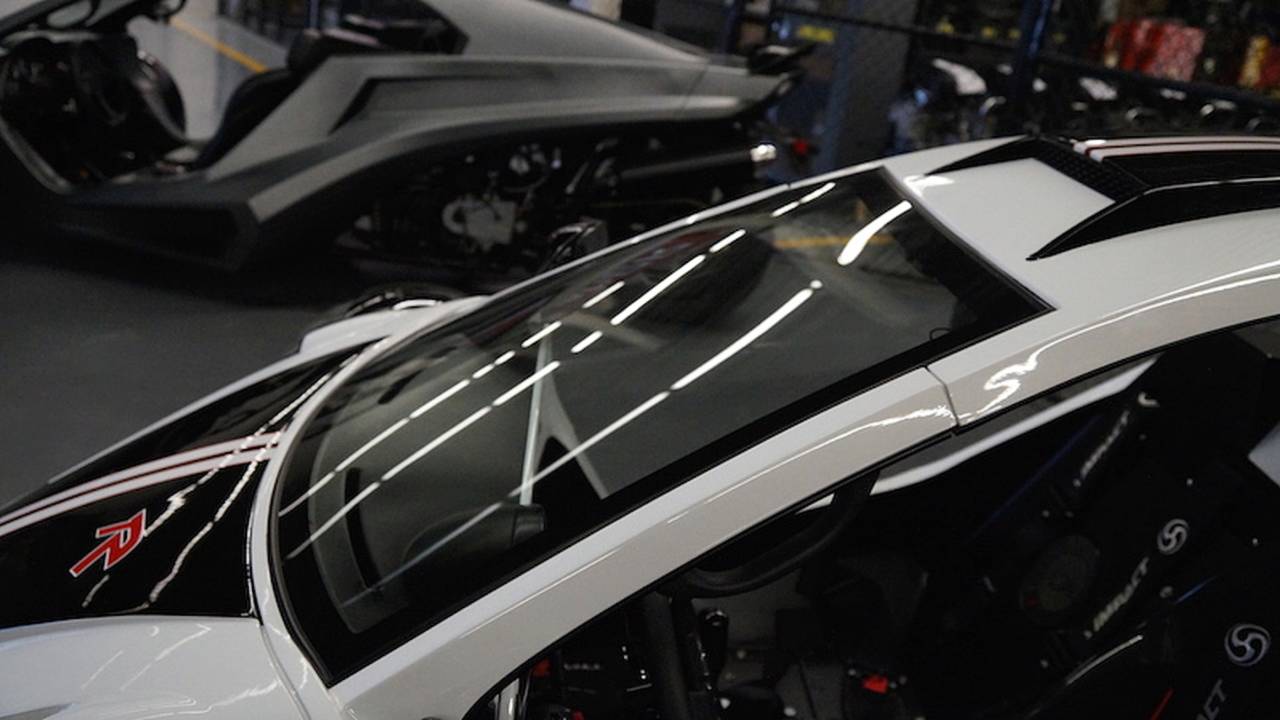 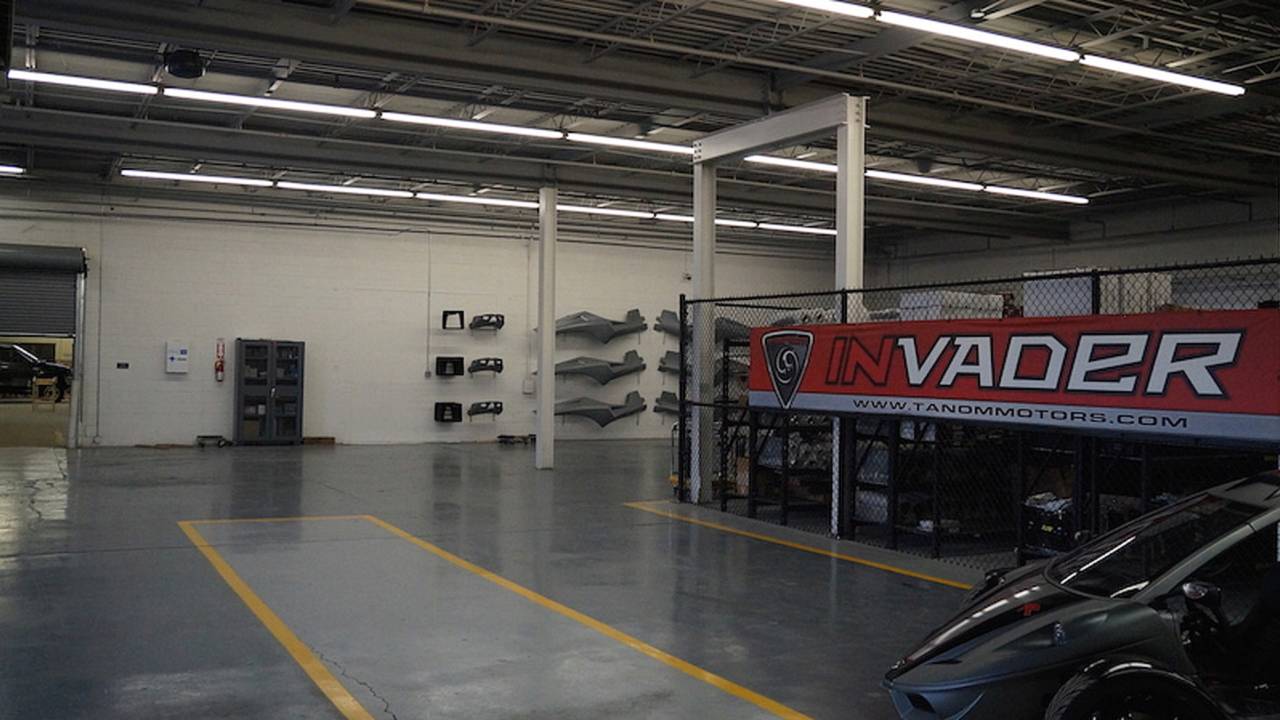 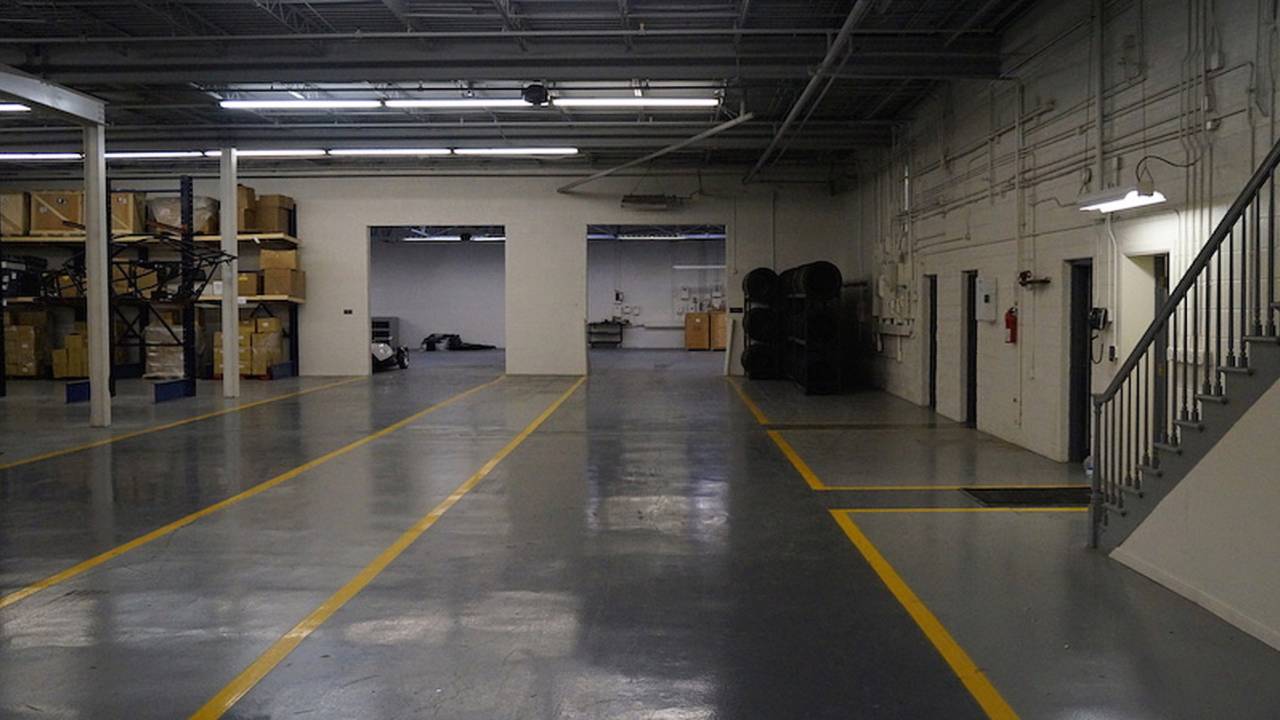 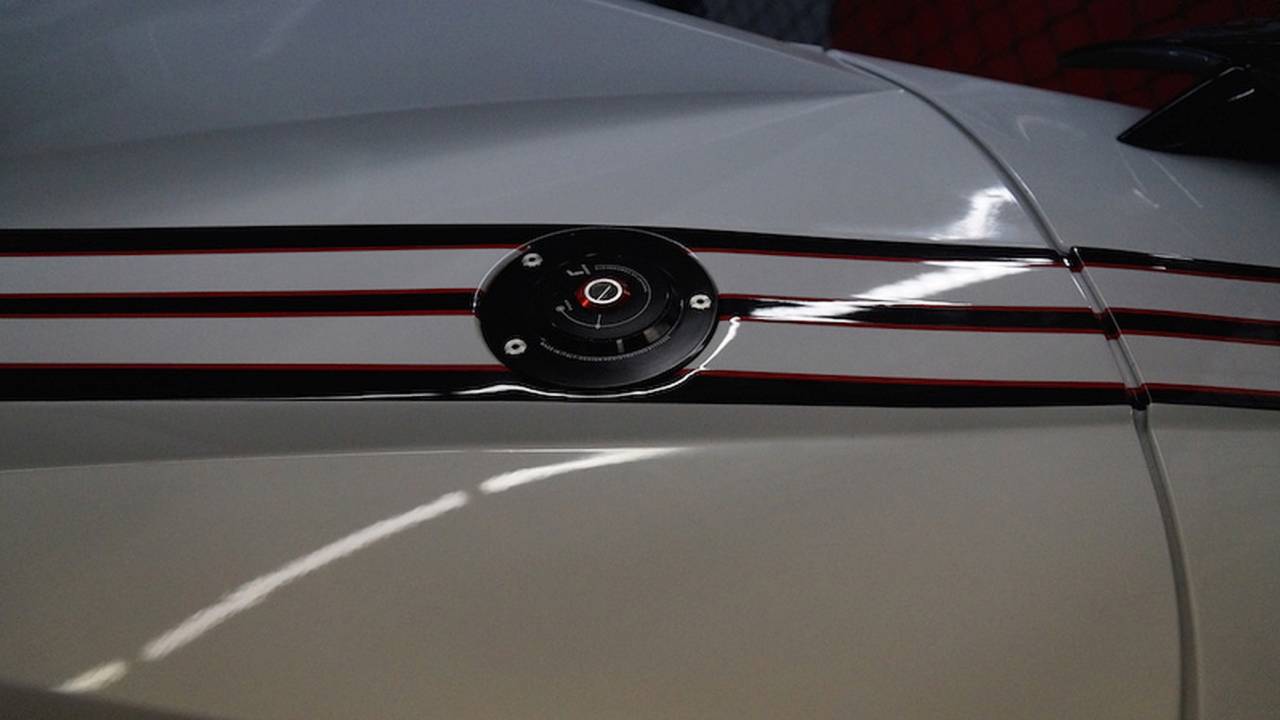 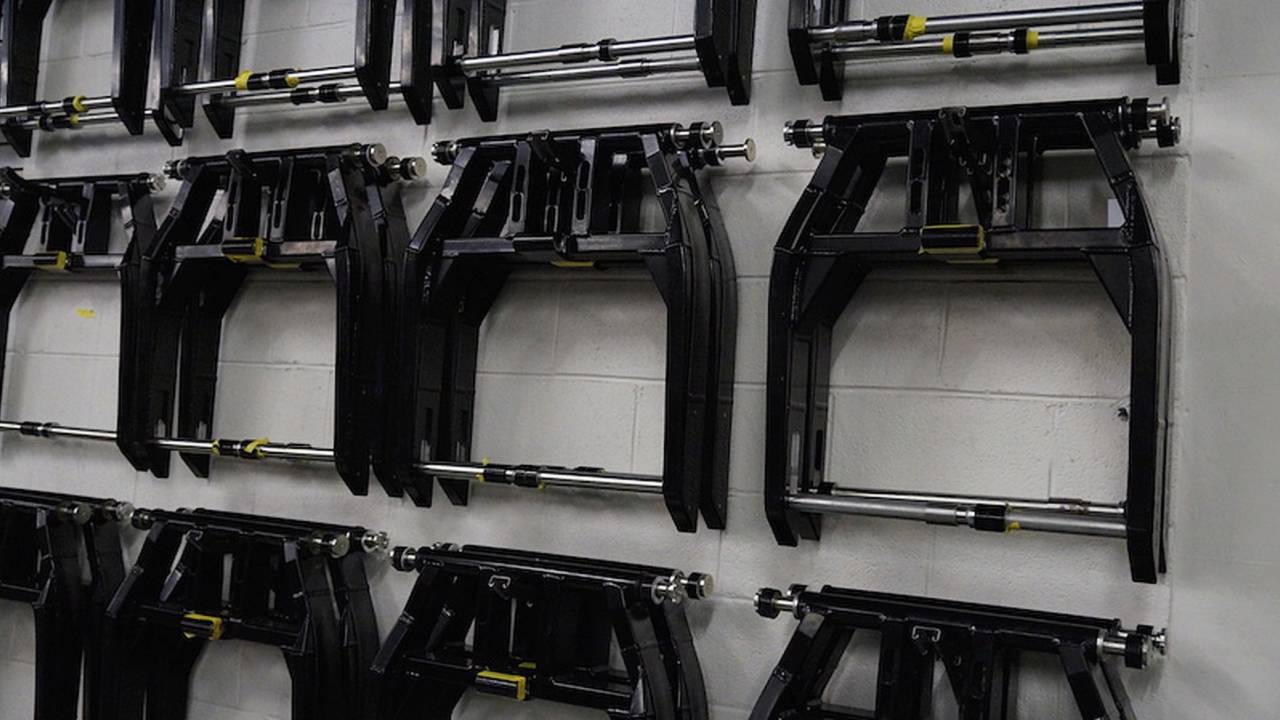 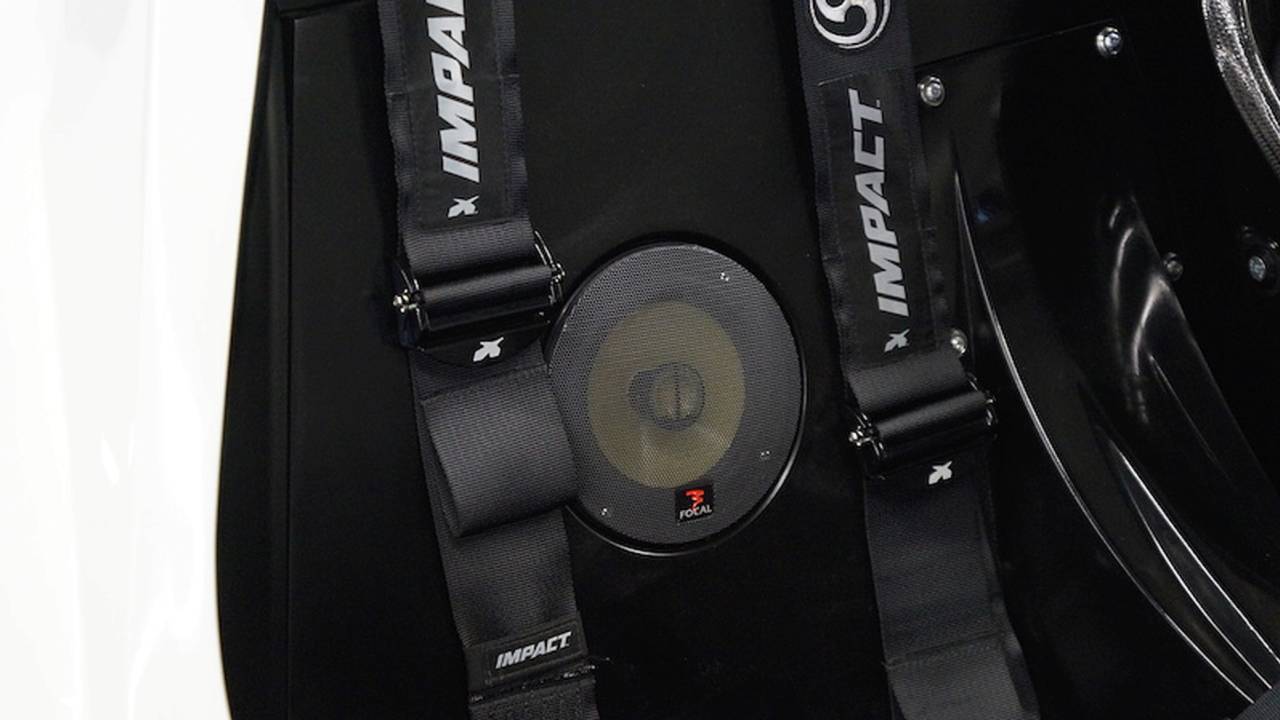 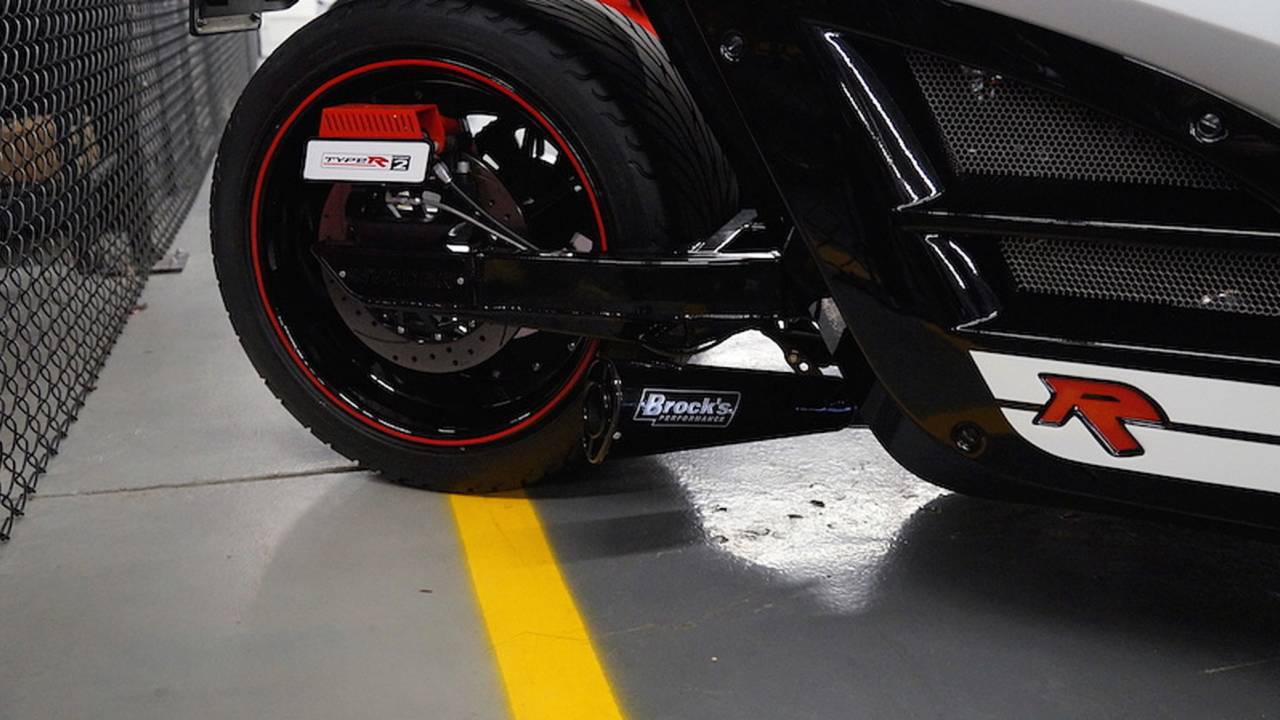 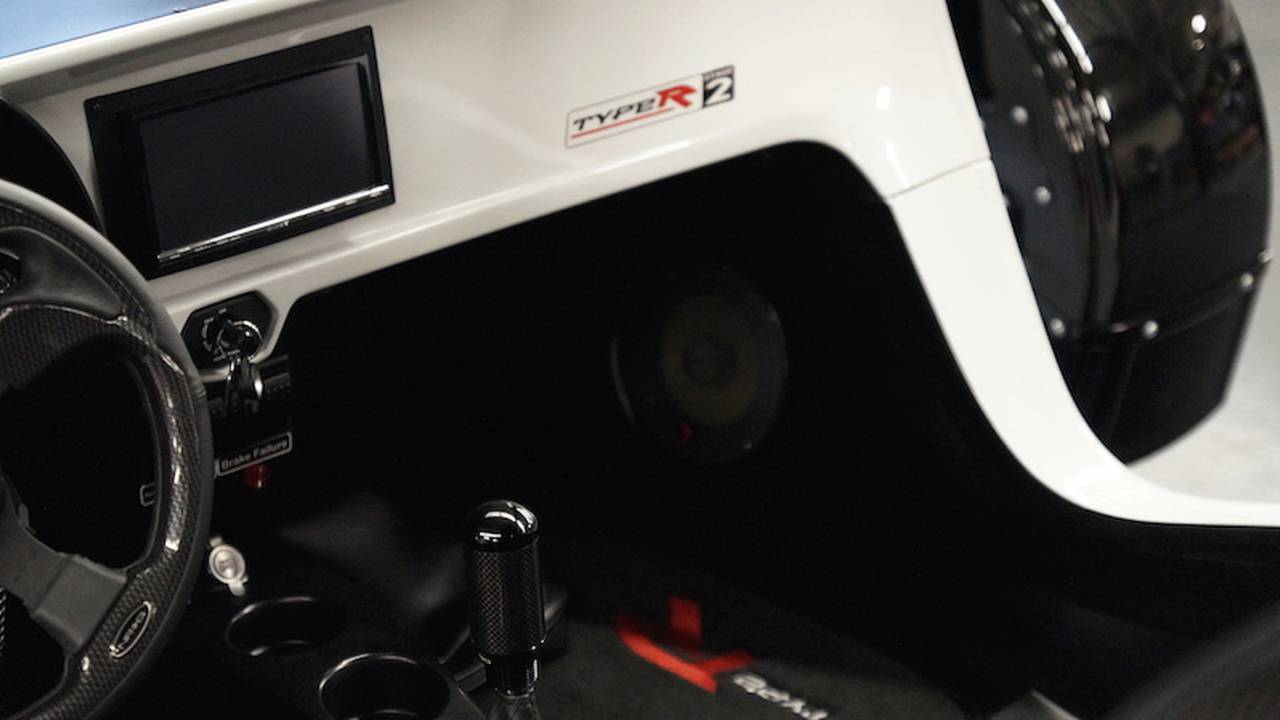 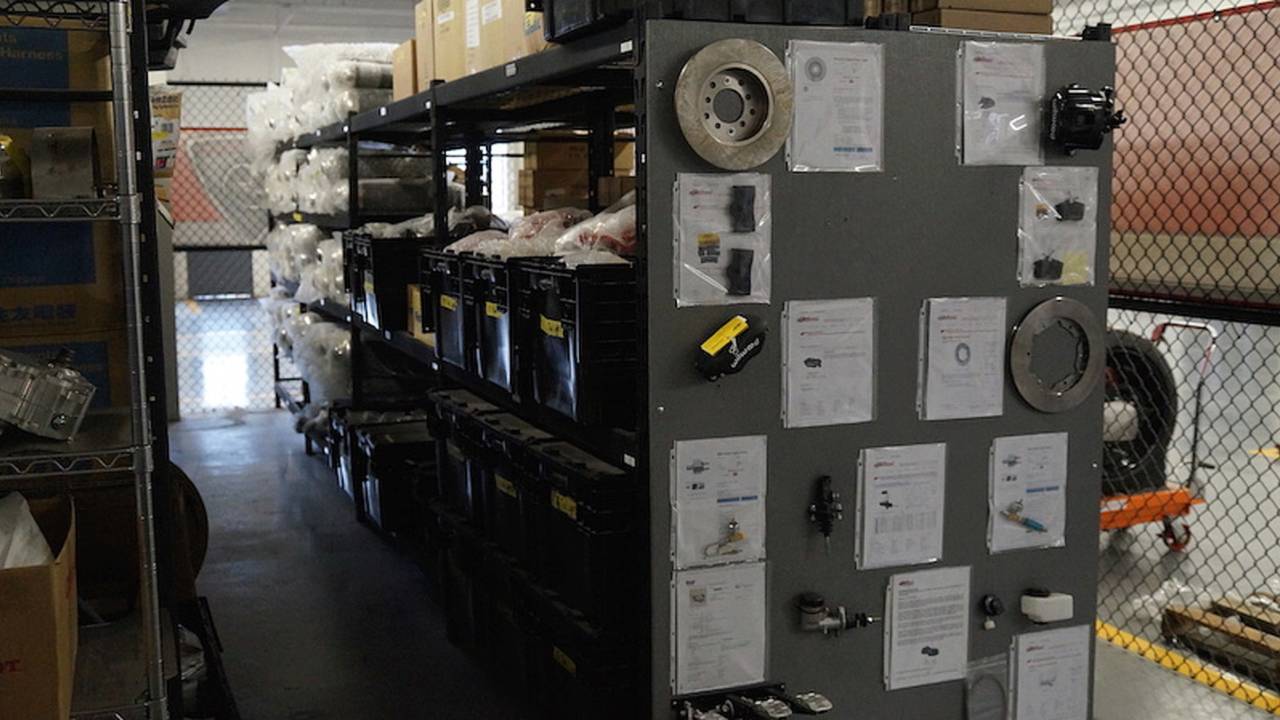 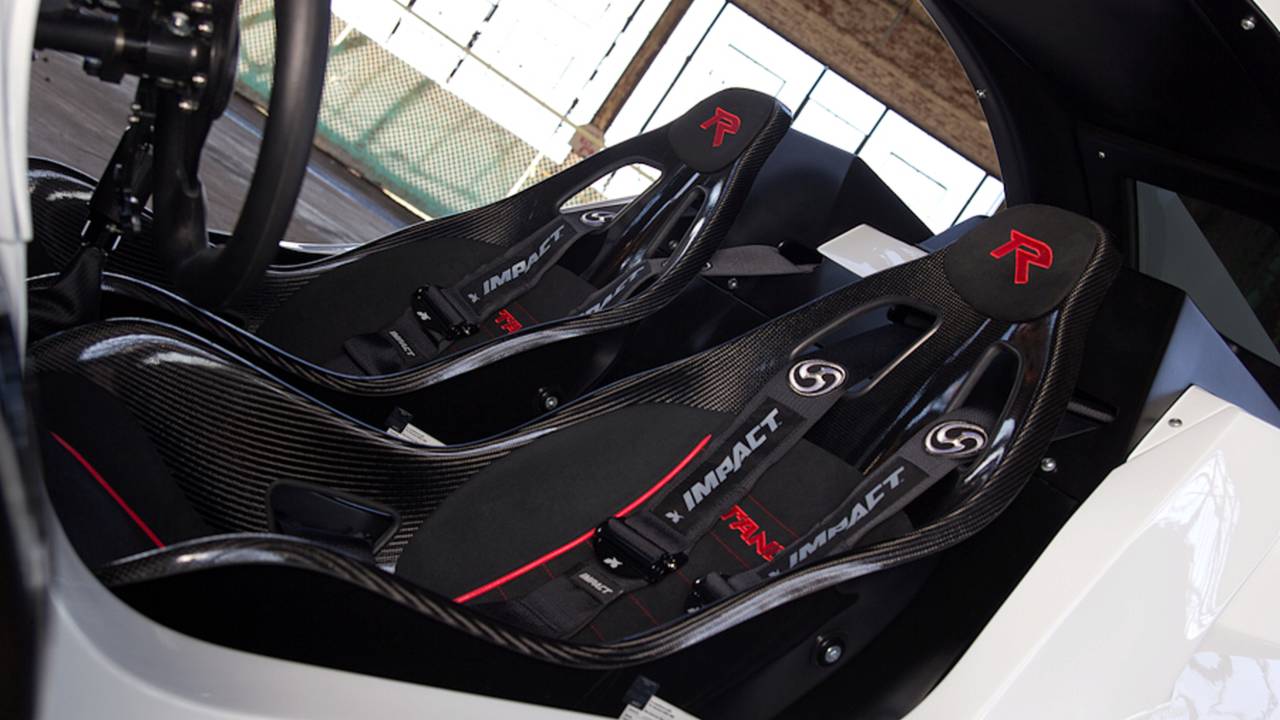 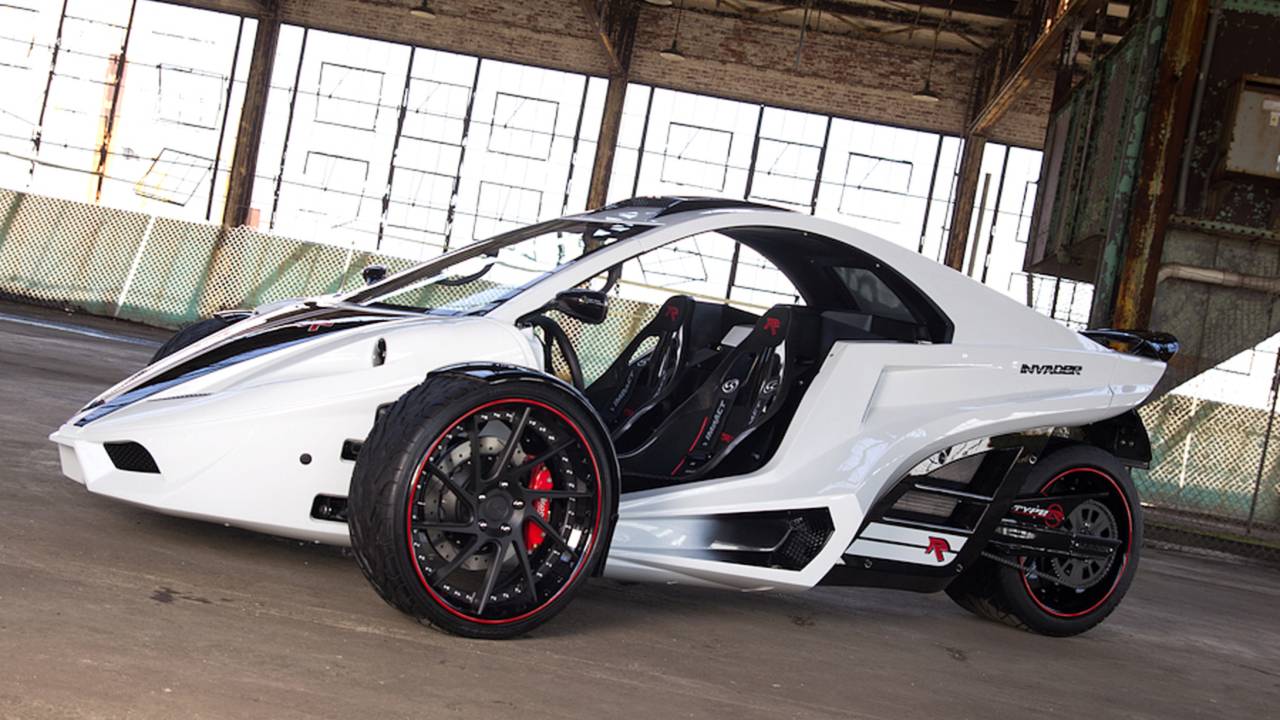 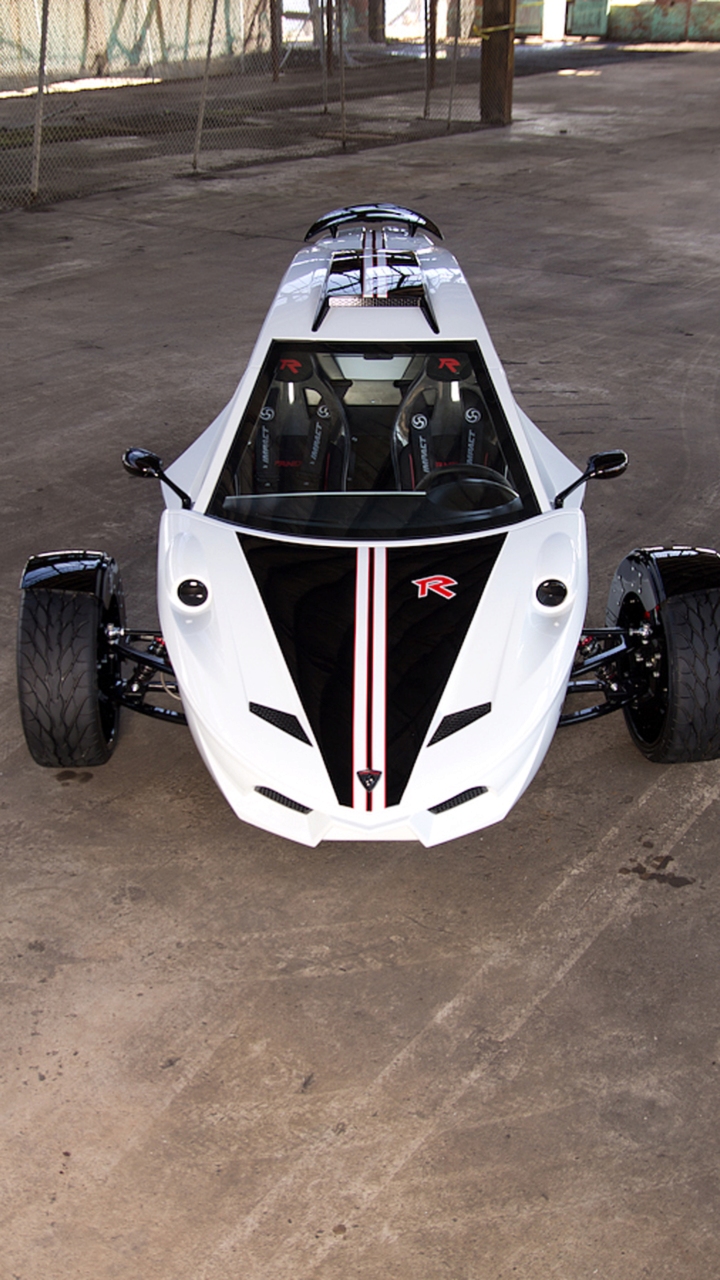 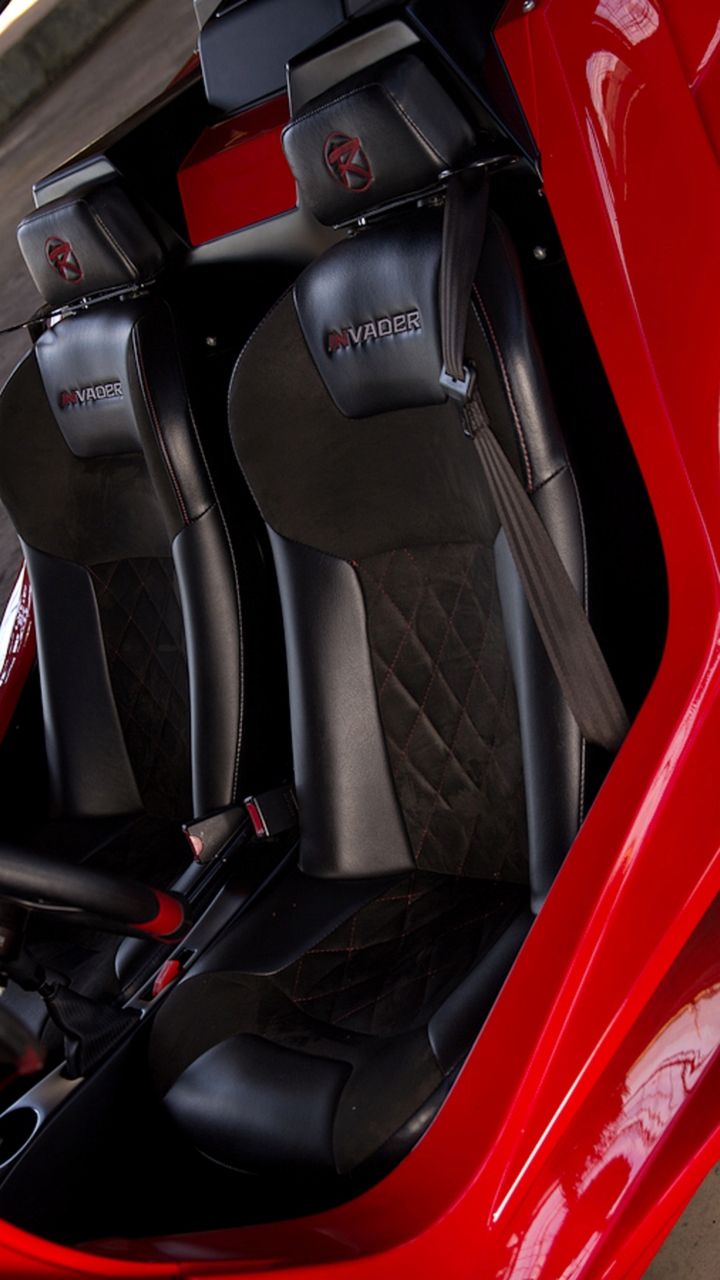 By: William Connor
++
++
Got a tip for us? Email: tips@rideapart.com