Batman, Your E-Scooter is Ready 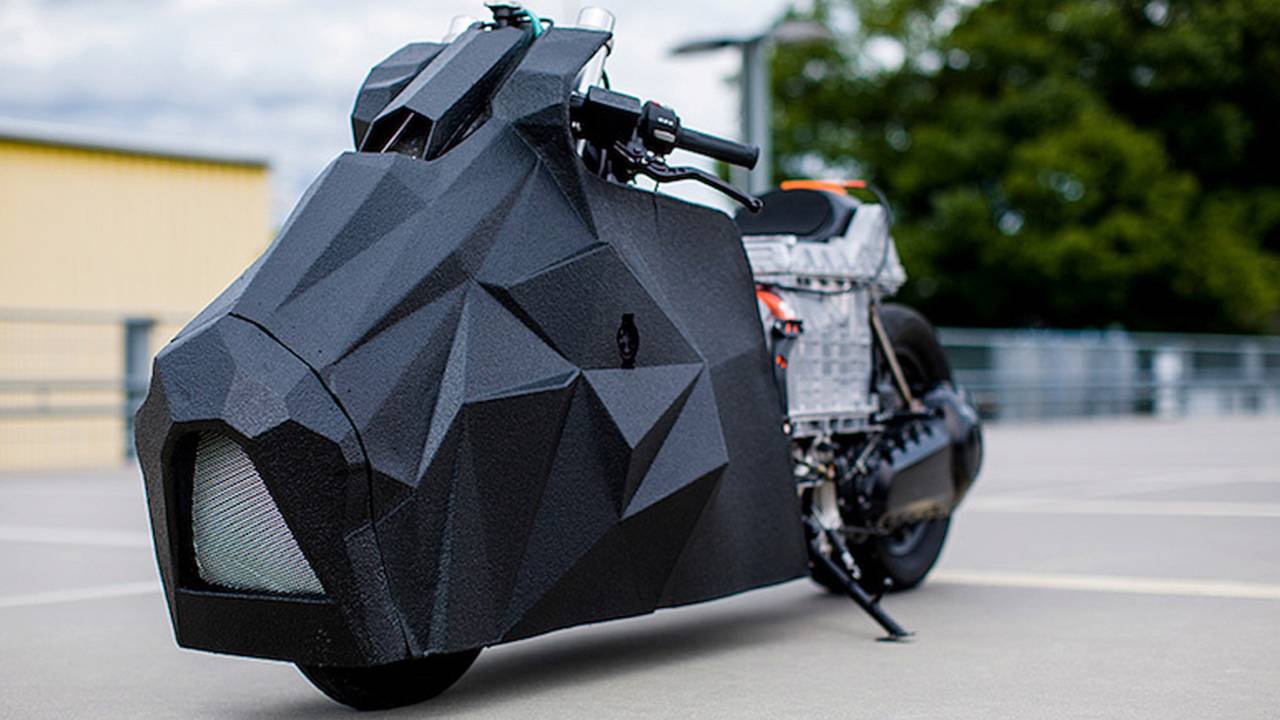 Rolf Reick decided that BMW's C Evolution electric scooter was in need of a radical redesign.

A German gearhead thought to himself, "How can I make this BMW C Evolution both weirder and cooler?" His answer was to take it, strip it, and make it look like something that would be at home in the Batcave.

According to BGR, Rolf Reick of Germany’s Krautmotors saw potential in the prosaic product of BMW engineering. He decided to reconfigure it into something he calls the E-lisabad, named after his grandmother. Reick was apparently inspired by the motifs of her antique tea set. (One has to wonder if Grandma lived in a dark Bavarian castle, and that perhaps as a child Rolf had accidentally destroyed her tea set.)

The story likens the result to a cross between a scooter and a stealth bomber. Others have compared the look to the crumple zone of a contemporary sports car after it has done its job.

“Gone are the rounded body panels and almost cartoonish aspects,” the report reads. “And in their place are dark angles, shadow, and bare metal.” Indeed.

Reick also revised the position of the original Evolution C dashboard, re-positioned some of the electrical components, changed the handlebars, and replaced the stock shock absorbers with units that reportedly deliver a more responsive ride. The response of pedestrians and other motorists to seeing the E-lisabad on the road may well also be one of shock, if not awe.

The news report characterized the design as an acquired taste, and forecast that “there will surely be just as many people who hate the look as adore it, but it’s undeniably unique.” We suspect that the number of haters may well exceed that of adorers.

In any case, Reick is planning to display E-lisabad at the September Glemseck 101 Festival in Germany.