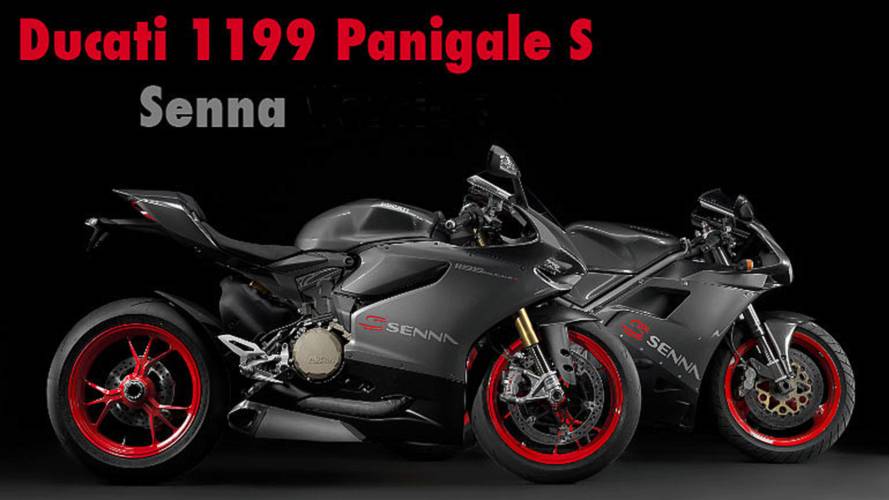 At the Brazilian Motorcycle Show today, the Ducati 1199 Panigale S Senna Limited Edition was announced to mark the 20th anniversary of the death of former Formula One Grand Prix star Ayrton Senna.

The Triple World Champion Senna was killed at the 1994 San Marino Grand Prix when the Brazilian’s Williams Formula One racer hit the barriers at the Imola Circuit in Italy.

Senna was by all accounts a big fan of the Italian motorcycle company and had previously visited its Bologna factory a few months prior to his untimely death.The color scheme of the Ducati 1199 Panigale S Senna Limited Edition of grey with red wheels was specifically chosen by Senna at the time he was at Ducati.

The Panigale S Senna, unveiled in Sao Paulo today, will go on sale in June of next year but will only be available in Brazil. Just 161 of the Senna Panigale will be offered – to commemorate the total number of Formula One Grands Prix that Senna raced in.

However, this is not the first time, Ducati has honored the former racer. In 1997 the first Ducati tribute to Senna was a 916SP finished in grey with red wheels, followed by the 916 Senna I (of which only 300 were produced) followed by two further modes, the 916 Senna II and 916 Senna III in 1997 and 1998. All three were limited editions and today remain highly sought-after by collectors world-

Ducati has not announced a price for the Panigale S Senna, but has said it will be offered with the grey and red wheel livery only, have a factory-fitted race exhaust system and each bike will carry its limited edition number on the top fork clamp.