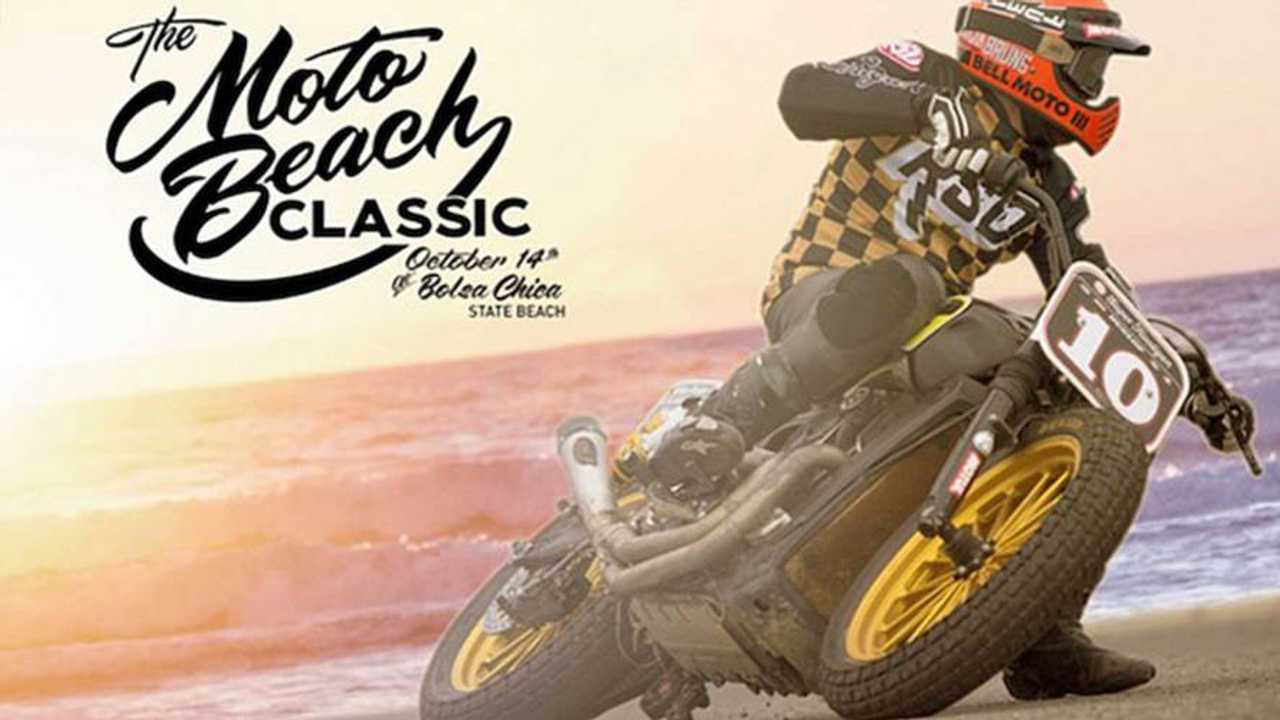 Roland Sands decided to throw a huge beach party with food, music, racing, surfing and shenanigans and you're invited.

Roland Sands, along with a little help from some big sponsors, is throwing a one-day mega beach bash that’s got something for everyone.

Roland Sands has pulled off a monumental logistical challenge to bring one of the moto-legend’s many dreams to fruition. Luckily for us, it’s one anyone can experience for just 30-bucks. RSD teamed up with some huge names from the motorcycle industry including Indian, BMW, Ducati, and many more to deliver a single day and night of food, music, art, surfing, custom bikes, and racing.

Other big sponsors and vendors like Red Bull, Geico, K&N, Hurley, Dunlop, and Bell are all pitching in as well, enabling Roland Sands to lay out a massive beach-side venue jam-packed with fun and competition. The October 14th event will feature music courtesy of reggae artists Black Uhuru and Wargirl during the day, while bands Lit and Unwritten Law will take the stage come nightfall.

The festivities will be held at Sea Legs Live, a huge concert venue at Bolsa Chica State Beach in Huntington Beach, CA. An array of motorcycle racing is scheduled throughout the one-day festival, including BMW Motorrad’s “Sallty Sprint Races”, which consists of drag racing on an 1/8th-mile paved stretch running parallel to the beach. Adjacent to the Salty Sprint will be a 110’ x 300’ flat track - courtesy of Indian Motorcycles - called “The Bolsa Banzai”, that was built specially for the single day of racing.

As you’d expect, the flat track events will have five different classes competing during the event - Super Hooligan, Open Pro, Run What Ya’ Brung (my personal favorite), Cycle Zombies Degenerate Choppers, and Tank Shift Vintage. Even some light-hearted mini-bike racing is on the day’s schedule.  Raising the stakes is the fact that the Moto Beach Classic’s flat track racing will mark the penultimate round of the Super Hooligan National Championship race series in which a $50K Indian FTR machine will be awarded to the series Champion.

READ MORE: We Get Dirty in Indian's Super Hooligan Series

Other, non-motorcycle activities include surf contests, lots of art, and countless offerings from vendors in the festival’s “Vendor Village”, which will include jewelry, clothing, custom bike parts, food, drinks, and a lot more. Tickets for this event start at $29 for general admission. Flat Track Pit Pass tickets are available for $75, VIP Lounge tickets for $99, and $199 VIP Top Deck tickets are available for high-rollers. Tickets can be purchased by clicking HERE.