The AGV Pista GP is the unprecedentedly light (1250g), unprecedentedly expensive ($1,300+), unprecedentedly air flowing (193% more ventilation than GP-Tech) new helmet developed by Valentino Rossi. So far, we've only seen it in bare-carbon-and-numbers concept guise, but here it is in Rossi-rep paint. Lucky Euros can order it now.

The Pista, or AGV Pista GP, depending on which material you’re reading on which day will be AGV’s new flagship helmet and, possibly, the most high end road racing helmet on the market.

According to UK AGV/Dainese retailer, Dainese-Central, only 100 units will make it to the UK in 2013.

Its benefits aren’t just in weight or looks though, but it safety too. The Pista allegedly absorbs 46 percent more energy in a crash than AGV's current flagship, the GP-Tech. 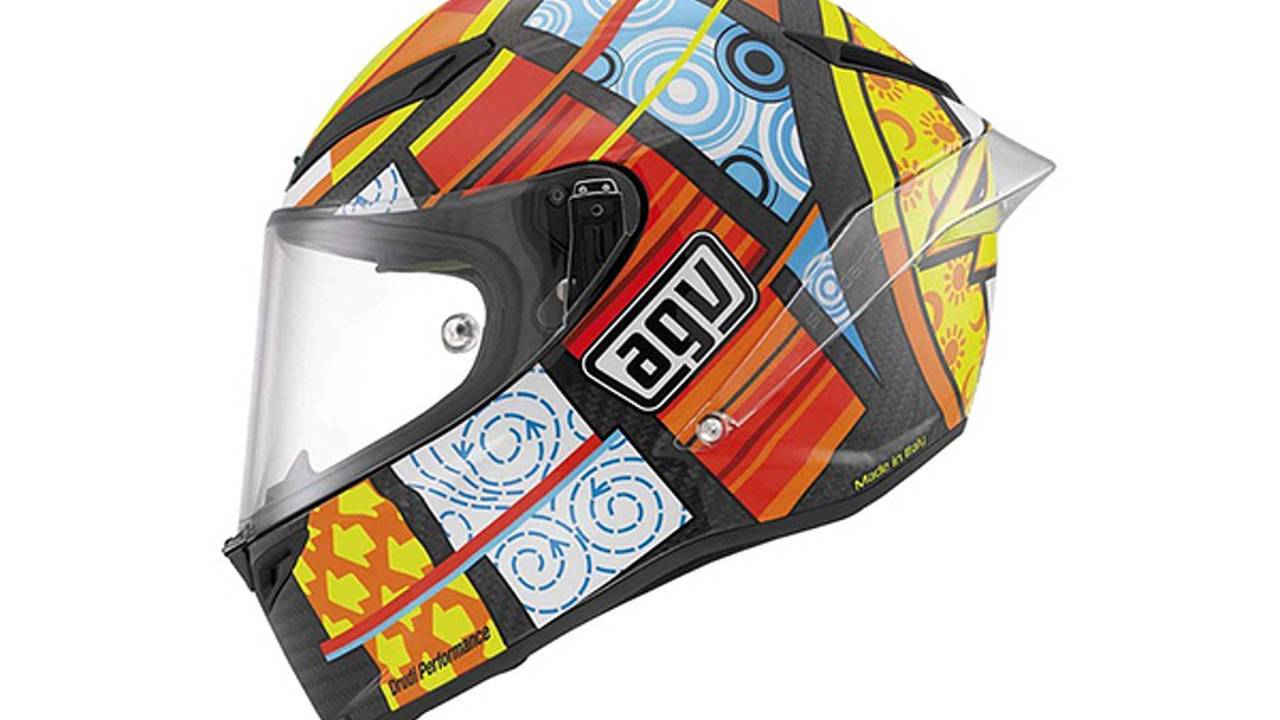 Here’s how the new Pista GP compares to the outgoing GP-Tech:

AGV used lasers to scan Valentino Rossi’s head (not surprisingly, he says it fits great) and they used their 3D model of The Doctor to design the helmet from the inside out, starting with the liner, then the EPS impact protection, and finally the carbon outer shell. At 1250 grams, it ties the Nexx XR1R Carbon for lightness and it’s appreciably smaller than the GP-Tech it replaces. The design was informed by 28 hours in the wind tunnel and comes in four carbon fiber shell sizes with four places to adjust the removable and washable liner. There are four “always open” intakes (truly a helmet for racing) and two exhausts, but plastic covers are included to cover the intakes in bad weather. The visor is incredibly thick, measuring 3.3 mm (more than 1mm thicker that the XR1R shield), and benefits from a locking system like that of the HJC RPS-10 to reduce the risk of accidental opening.

”I consider the PistaGP helmet a tribute to Gino Amisano, an entrepreneur I admired for his ability to innovate, the records he achieved, and the competitive spirit with which he faced every challenge. The new helmet is part of the AGV Standards project, which, in line with the qualities established by Amisano, revolutionizes the way helmets are designed, setting new records for protection and ergonomics that are clearly evident,” said Lino Dainese. 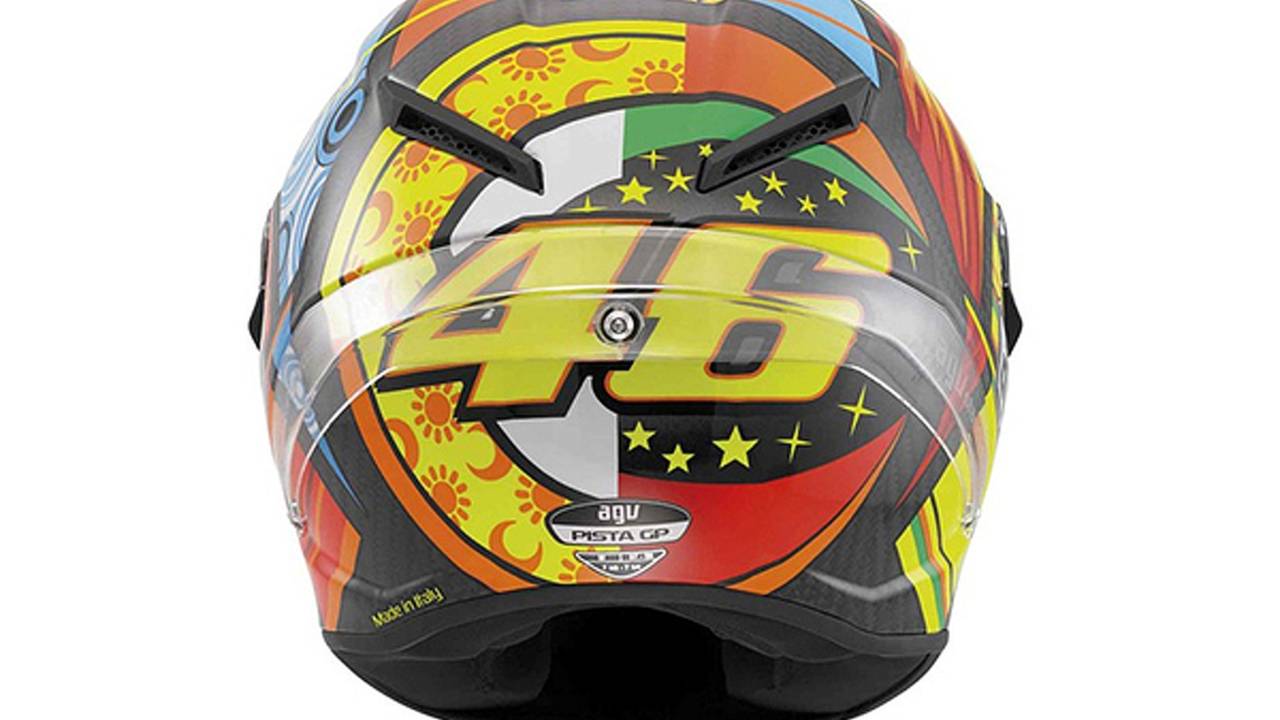 What's Rossi say? "Great aerodynamics, it feels like I am not wearing a helmet. Excellent ventilation, it is really noticeable. Exaggerated visibility, like switching from the TV to the cinema."

We pinged Anthony at RevZilla for an update on US availability. Apparently it'll undergo DOT certification and be available "later this year."