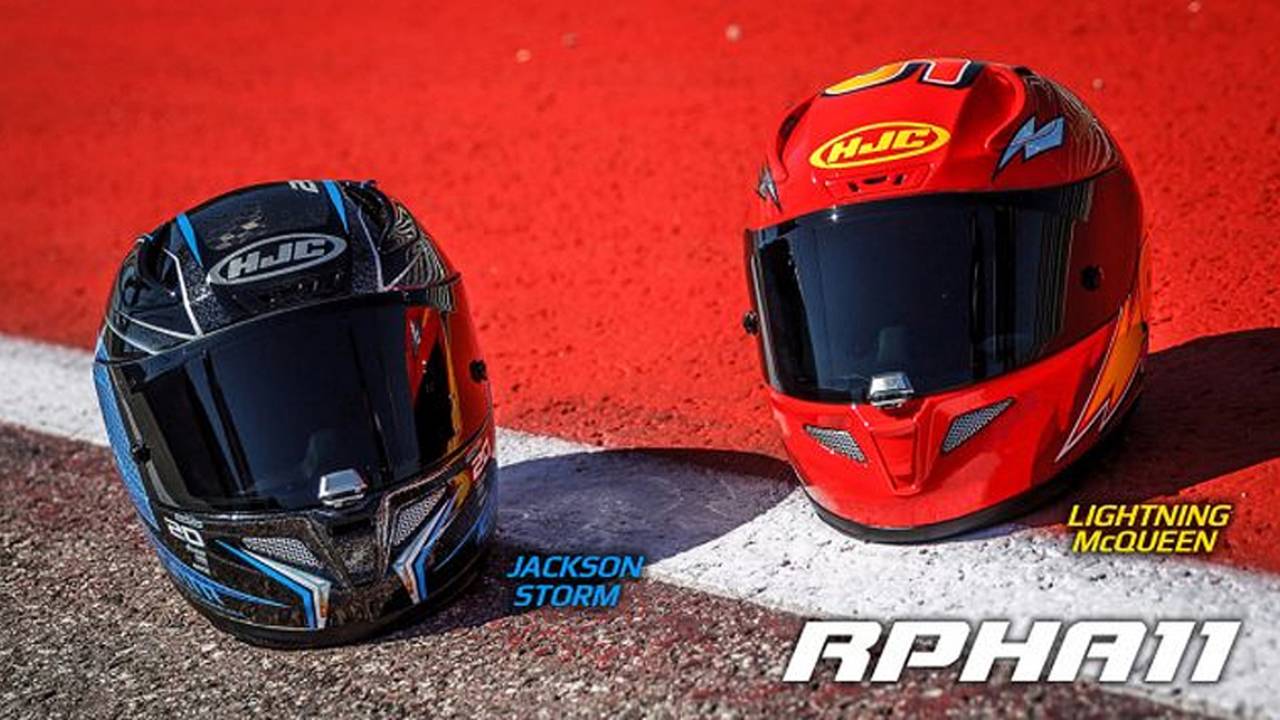 HJC Helmets is on a roll with their graphics from the Disney-Pixar “Cars 3” movie set for release this summer. Lightning McQueen is a favorite character among motorsport movie fanatics.The RPHA 11 Lightning McQueen is unmistakable with its shiny red paint job featuring #95, with yellow lightning bolts and sponsor logos included. The graphics seemed a proper choice for HJC’s premium race-design helmet.

Along with Lightning McQueen, HJC offers a Jackson Storm helmet, honoring the young elite racer challenging Lightning McQueen’s place within the racing world in the latest movie. The helmet is built on a carbon fiber shell, with deep blue accents, racing stripes and metallic flecks.

The HJC movie-theme helmet line was recently expanded with the IS-5 Star Wars X-Wing Rebel Fighter lid, preceded by the Marvel Deadpool and Ghost Rider graphic themes. Not to mention the Spiderman rendering on the RPHA 11 Pro. In the interlude between the Hollywood-inspired styles, they released the Snell/DOT-approved FG-MX off-road helmet with a fiberglass composite shell and improved ventilation. Designed for motocross riders, the FG-MX also featured an enlarged eye port to improve visibility and goggle fit.

If the trend continues, it may soon be possible to order a helmet featuring your favorite character from motion pictures. Indiana Jones? Buzz Lightyear? Jabba the Hutt? The possibilities are endless. The new HJC movie helmets will debut at the Grand Prix de France, May19-21, and at Road America June 2-4. “Cars 3” will be in theaters June 16 and the helmets will be available in September.