The Honda Neowing Is The Trike You Didn't Know You Wanted 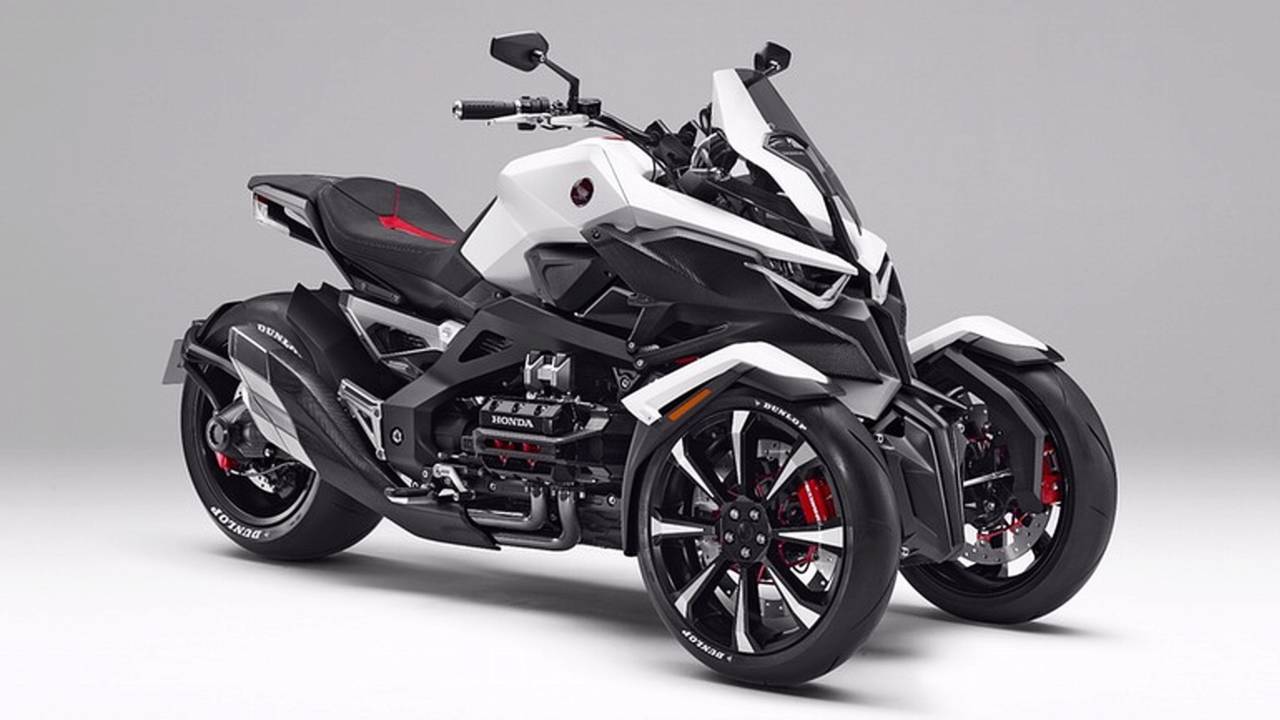 A few months ago, I got a chance to take the Can-Am Spyder for a spin. I had a fun time on it, almost as much fun as watching the debate over "whether or not a three-wheeler can be considered a motorcycle" unfold in the comments section.

Would I buy one? Maybe.

Commenter Mike summed up my thoughts: "The Can-Am Spyder manages to simultaneously offer none of the advantages of a motorcycle along with none of the advantages of a car." Apart from the price tag, my biggest gripe about riding the Spyder was that it really doesn't act like a motorcycle- it's like riding a snowmobile on dry land. Hold on tight when you go into a curve; you probably won't fly off the seat in the opposite direction of your turn, but man, it sure feels like you will. In other words, the Spyder doesn't lean, and to many riders who feel that a trike is for those who aren't able to throw a bike from side to side that's a deal-breaker.

Just ahead of the 2015 Tokyo Motor Show, Honda released a preview of their new concept trike. The Neowing looks like it took a few cues from the anime-flavored NM4; perhaps this is what Tetsuo and Kaneda will be riding when they hit their late 60's. There's a lot going on here, as the accompanying press release breathlessly exclaims:

"NEOWING is an unprecedented three-wheeled vehicle that offers the cornering feel and sporty ride equivalent to a large-sized motorcycle while realizing excellent stability in low-speed ranges. This vehicle is equipped with a hybrid system that combines a horizontally-opposed 4-cylinder engine and electric motors to generate plentiful torque for powerful acceleration. With the adoption of an original Honda linkage mechanism on its front wheel, this concept model proposes new values with advanced styling that emphasizes the mechanical fascination of a two-wheeled motorcycle model."

This is what all the fuss is about.

Let's back that up a bit. "Cornering feel and sporty ride equivalent to a large-sized motorcycle"? "An original Honda linkage mechanism on its front wheel"? This seems to hint at a front linkage system that allows the bike to lean. Yamaha has tried this before with its Tricity scooter. The patent lawyers that work for Piaggio took umbrage and filed suit against Yamaha in April 2015, saying that Yamaha copied the design from Piaggio's MP3. To avoid a similar fracas, Honda filed multiple patents for a three-wheeled leaning trike in January of this year. And the Neowing offers something else that might appeal to those thinking about a Can-Am Spyder: a hybrid electric 4-cylinder engine. There's an interesting thought - Honda seems to be promising the power delivery of a performance electric bike, and those who complain about the Spyder's poor fuel economy might see this as a way to save money at the pump. We assume that the Neowing is equipped with Honda's DCT. (Hey, if they can put it on the Africa Twin...)

Honda isn't telling anyone much more than this; the Neowing is set to be formally unveiled in Tokyo at the end of the month. In the meantime, you are all free to speculate in the Comments section about the Neowing's potential performance issues, whether or not it will go to market, and whether or not the thing's uncanny resemblance to Megatron means that you should just really avoid pissing it off, lest it turn into a giant robot and destroy you.