Which Adventure Motorcycle is the Best Buy? 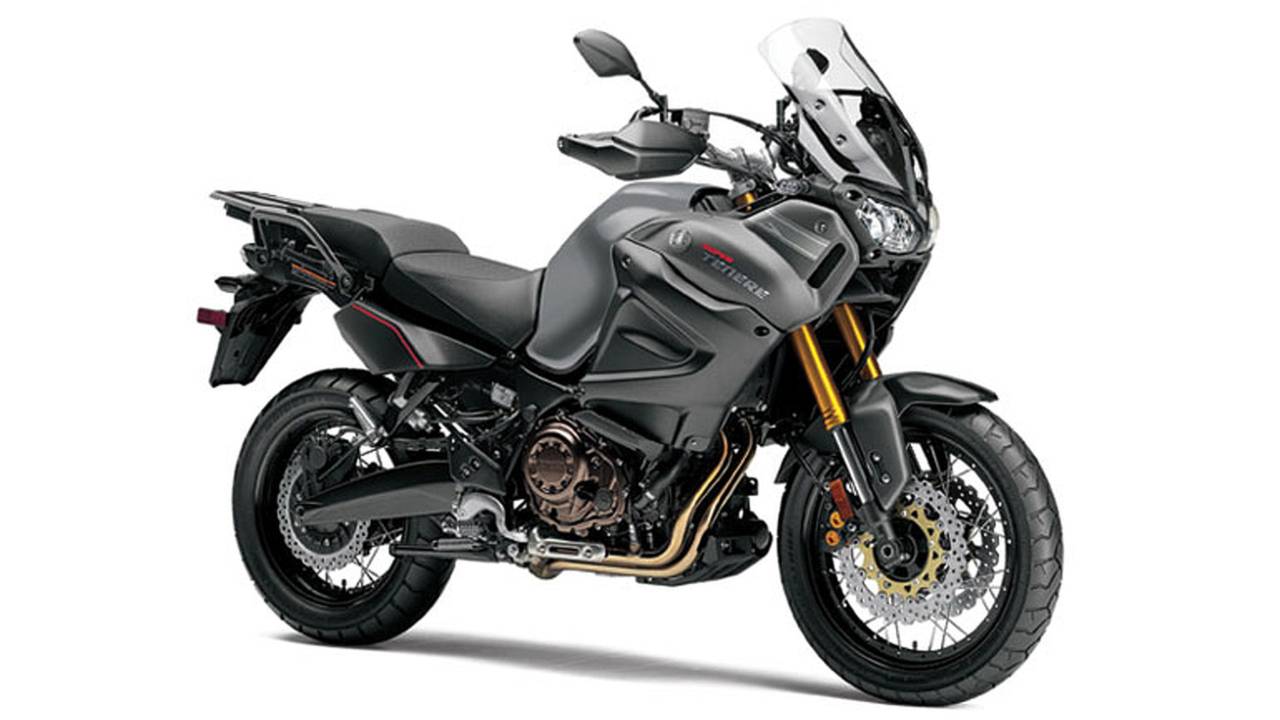 We explain why the Yamaha Tenere ES is the best value in the adventure touring motorcycle market. Will the Honda Africa Twin be a Contender?

I have the spent the past several months voraciously reading every tidbit released about Honda's Africa Twin. From the moment the Africa Twin was announced it not only captivated me, it also captivated the majority of adventure motorcycle fans from all over the world.

With all of that fanfare and build up, the Africa Twin had a tough yard stick to measure up to. Whether it made it or not will be left to the sales numbers to determine. However, there is at least one glaring omission from the Africa Twin spec sheet that keeps it form being a bonafide touring machine: The lack of cruise control is simply unacceptable. This is what also prevented the KTM 1190 from being a bigger seller and prompted KTM to offer the 1290 Super Adventure to gain sales in the more on-road-oriented segment. The absence of cruise control means that the Africa Twin gives up amenities to the class leading BMW.

BMW is the class leader in adventure motorcycle sales. They are also the most expensive motorcycle in the class and it's really hard to exit the dealer with one that is less than $20,000. At that price you get heated grips, electronically adjustable suspension, ride modes, and pannier racks. You also get to own the most recalled motorcycle in the category. From chronic drive shaft issues to leaking seals, the BMW may have been around the world, but it also has made numerous visits to the repair shop along the way.

The new Africa Twin is priced to be the low cost value leader at $12,999, only the Suzuki V-Strom 1000 is in that range for MSRP. For that low price you get, um... a very good motorcycle with ABS, ride modes and for $1000 more, an automatic.

ABS is standard on all the competitive ADV bikes, so are ride modes. Automatic motorcycles are about .0000000001 of the market so the expectation is to see these wild animals languishing in dealer showrooms for several model years. If Honda built an adventure bike specifically for the dirt, they are significantly over-priced— you could kit out a 450 for less. And if they did build an adventure motorcycle competitor, they are woefully under-featured.

I touched briefly on the V-Strom above and it falls into the same area as the Africa Twin. It's less expensive, but it has far less amenities. The V-Strom also lacks the aftermarket support that BMW and the Honda will certainly have when it releases.

KTM is the hardest bike to understand in this group. Priced starting at $16,990, the 1190 hits the happy middle ground of pricing. It offers the KTM MSC, which makes it possibly the safest motorcycle in the world. However, once again, it falls short with no cruise control. It has also had several recalls for relatively minor problems like dirt ingestion into the air box and an issue with the oil filler rubber pipe. The 1290 is their answer to the prior lack of touring amenities and does add that elusive cruise control, but the price climbs to $20,499, and whew, that is a giant jump up.

I could keep going but the story remains the same—each bike is either missing a feature or is on the higher end of the pricing scale. Yes, people can get good deals on some of these bikes, but for the most part there aren't many discounts to be had on the KTM or the BMW compared to the Japanese manufacturers.

So that leaves us with question of which adventure motorcycle is the best value? It's one I haven't mentioned until now: The Yamaha Tenere.

The Tenere ES starts at $16,190, and like the BMW, it features heated grips, electronic suspension, cruise control, and riding modes. You don't get the pannier racks, but those are about $400 so that leaves around $4000 between the Tenere and the BMW.

You should also check with your local dealers for a good deal on a Tenere ES. There was one recently available here in MD for $12,900. Obviously, a deal like that makes the Tenere ES even more of a bargain. There is a strong aftermarket support, particularly from AltRIDER, and there have been "zero" recalls so dar for the Tenere.

There are a ton of bench racing metrics we could use for a "comparison" of these bikes: horse power, weight, price, MPG and more. I've been riding a Tenere—purchased with my own money—for the last year plus. In that time, my riding partners on all sorts of other machinery have had service issues, recalls, loss of riding time, and a ton of other nit picky problems; simple things like parts coming loose and small parts failing. In that same timeframe all I've done is change the oil and add new accessories.

I write this knowing that many, many people will disagree with me—and I fully expect to hear why X bike is better. Just remember this was about the best "value" in adventure motorcycles. In this particular category—for the price you pay and the features you get—the Tenere ES is the pound for pound champion.