Tire Roasting Roadster: The 2015 Can-Am Spyder F3 Don't call it a trike. This tire-screeching three-wheeler isn't quite the typical Harley-training...

Don't call it a trike. This tire-screeching three-wheeler isn't quite the typical Harley-training wheels bike, it isn't a car or a Slingshot and it definitely isn't a snowmobile with wheels. It breaks all your assumptions about what a three-wheeler is. This 0-60 in under 5 seconds, quick-shifting, push-button trans; tire roasting, drifting, and hard charging three-wheeler is sheer fun, just call it the 2015 Can-Am Spyder F3. 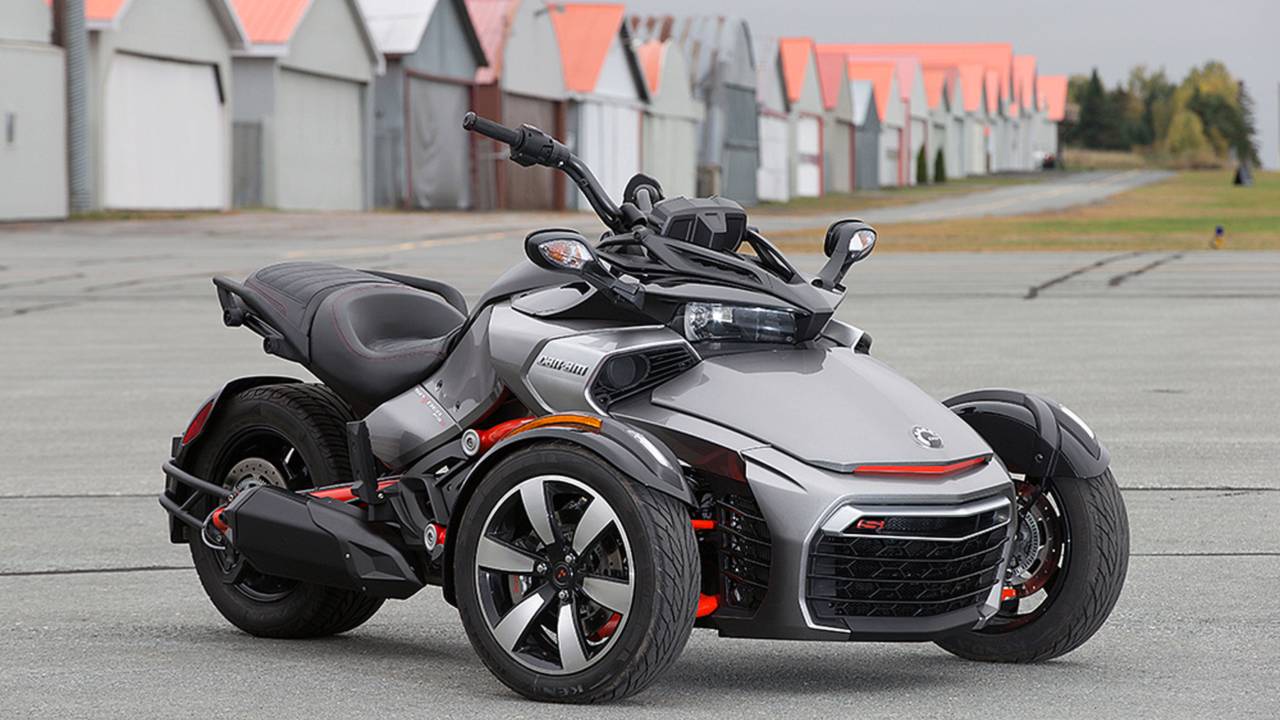 Flying through the brisk air into BRP’s backyard of vast Canadian wilderness of autumn colored trees, dense foliage and endless country roads turned out to be the perfect setting for testing the all-new 2015 Can-Am Spyder F3.

Bombardier Recreational Products (BRP) invited 21 journalists from around the country to witness the unveiling of its completely redesigned Spyder model, the F3. The extremely diverse group included experts from motorcycle, snowmobile, cruiser, sportbike, automobile, and lifestyle publications representing countries such as Japan, Mexico, France, Australia, Canada and the US. This made for an excellent mix of experience, viewpoints and opinions as the new trike was evaluated over the course of the 2-day event. 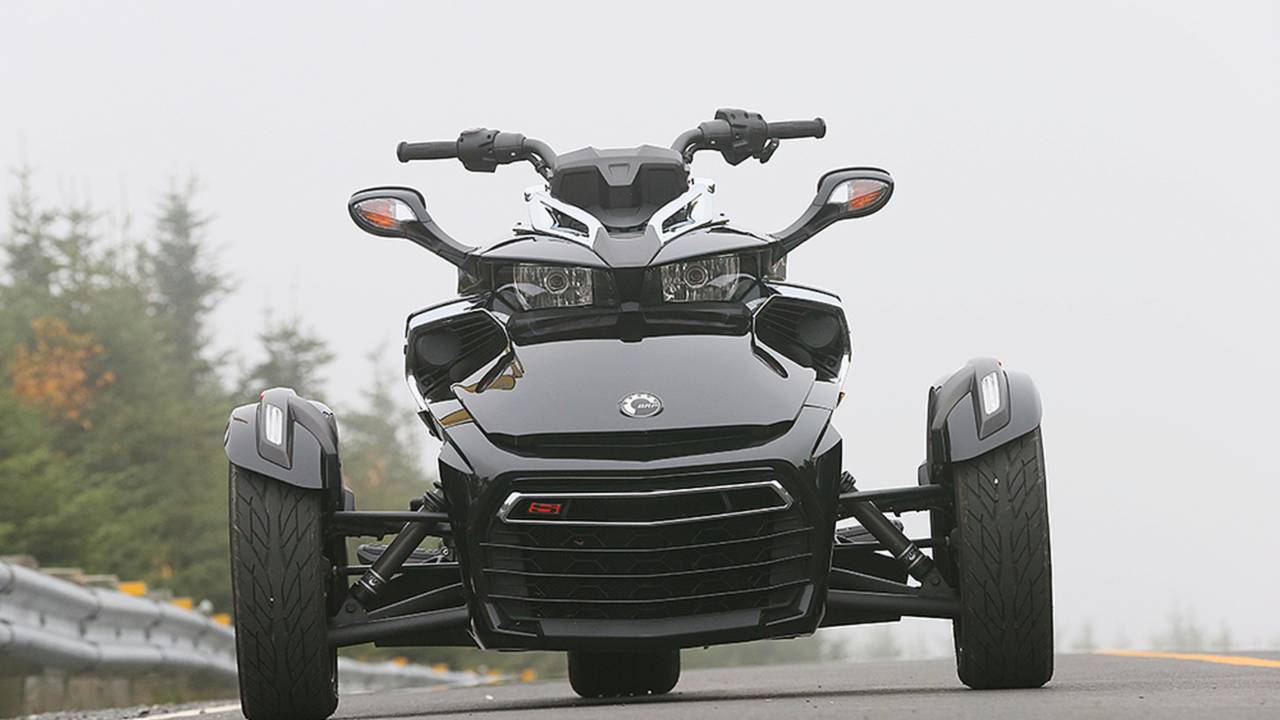 The group of journalists arrived in Montreal without much information at all regarding the itinerary of the event; only that the 2015 Spyder F3 was being introduced and road tested. On the morning of the first day, the team was flown by way of a fleet of three private jets to a remote airport in St. Georges, Quebec where BRP had the grand unveiling staged in a hangar.

The company’s CEO, Jose Boisjoli, along with the rest of the leadership team managing the Spyder product line met the group of curious journalists eagerly waiting to see the highly-anticipated three-wheeler and introduced the brand new Spyder F3. 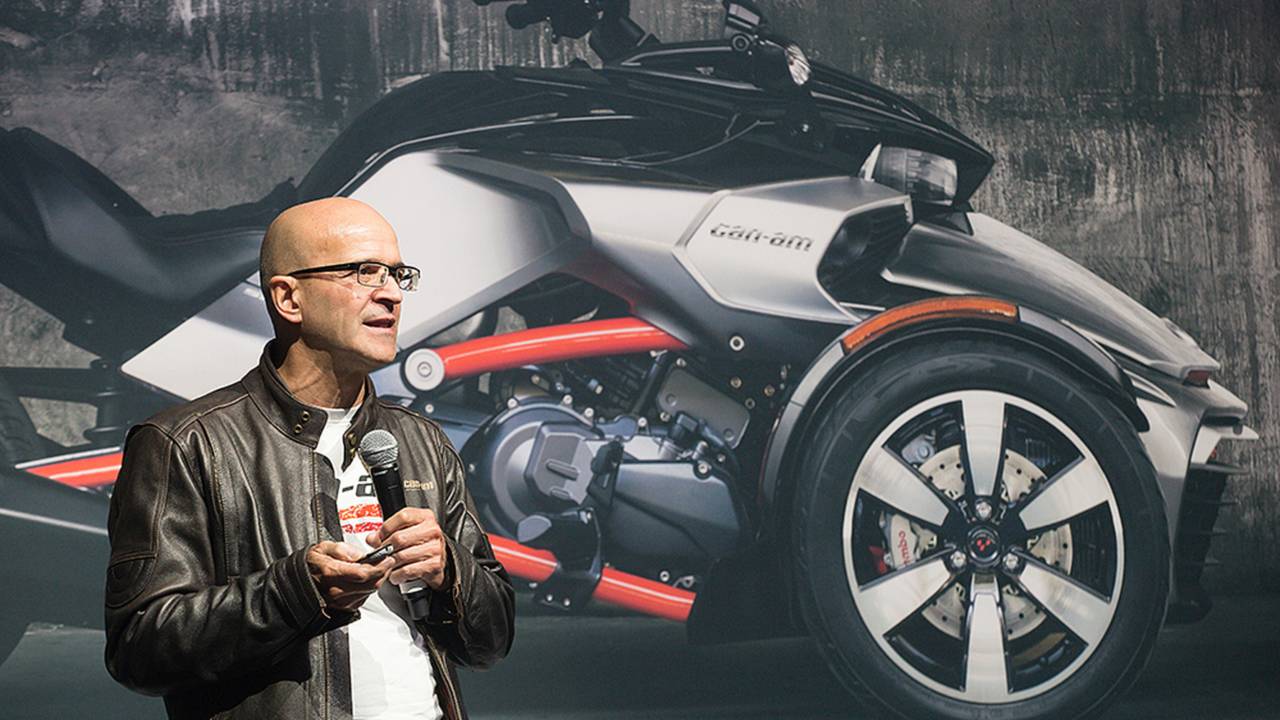 Those familiar with the current Spyder products (RS, ST and RT) can enjoy the stability, safety and ease of operation of the bike but with a more relaxed riding position and improved handling performance in the F3. The Spyder F3 addresses these and many more aspects by locating the rider lower and further back on the bike, moving the pegs forward and redirecting force exerted on the rider’s arms during cornering to the legs. 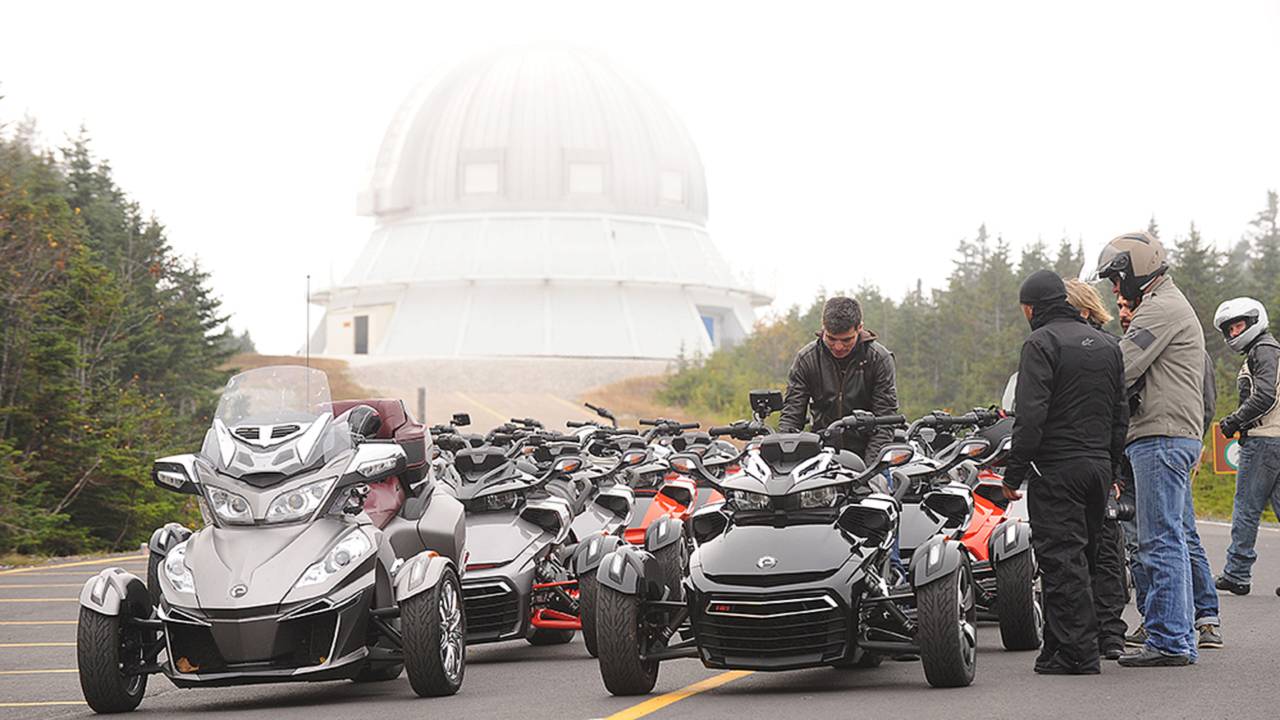 Spyder F3 fleet in front of the observatory at Mount Megantic

The F3 also received an all-new Rotax 1,330cc 3-cylinder engine with manual 6-speed transmission or semi-automatic SE transmission. This new powerplant enables the Spyder to reach 60MPH from a dead stop in 4.8 seconds while going over 250 miles on a single tank of fuel and nearly 10,000 miles between oil changes.

A test track was set up on the airstrip where initial impressions of the machine were gathered before hitting the open road. Expect an extensive review of the Spyder F3 in the very near future, but our expectations were shattered within the first five minutes in the saddle. Holding the big-bore triple wide open, thumbing through the gears to 160 km/h when crossing the braking markers then jumping on the powerful Brembo ABS braking system was an experience FAR gnarlier than expected. 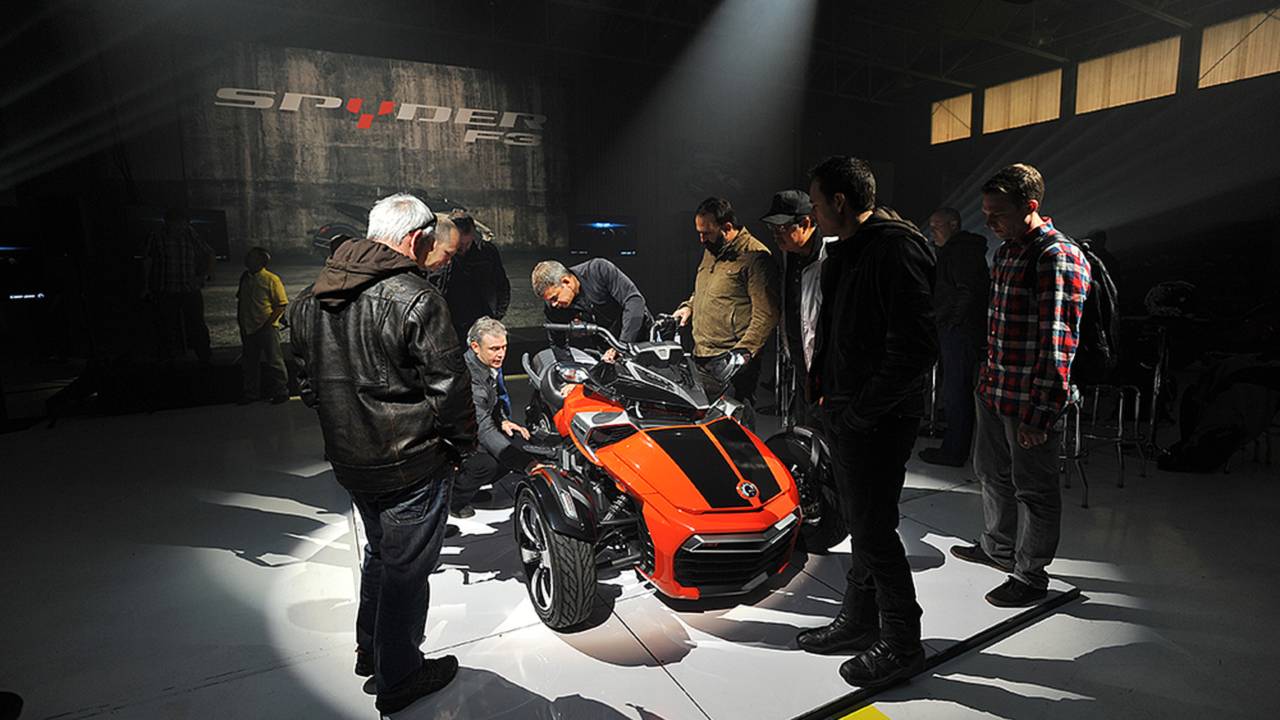 Journalists inspecting the Spyder F3 for the first time

Groups of around five journalists and two BRP representatives aboard a fleet of Spyder F3’s then headed out for the 2-day ride through the villages, country highways and unpaved back roads of the southern Quebec countryside. The observatory in the Mount Megantic, resorts in Lake Massawippi, town of Chambly and downtown Montreal were all stops along the way during the 500-mile journey. The group was even toured through the BRP headquarters, design studio and manufacturing plant in the company’s historic hometown of Valcourt. This was an excellent mix of riding, allowing the group to experience the full gamut of the Spyder’s capabilities. 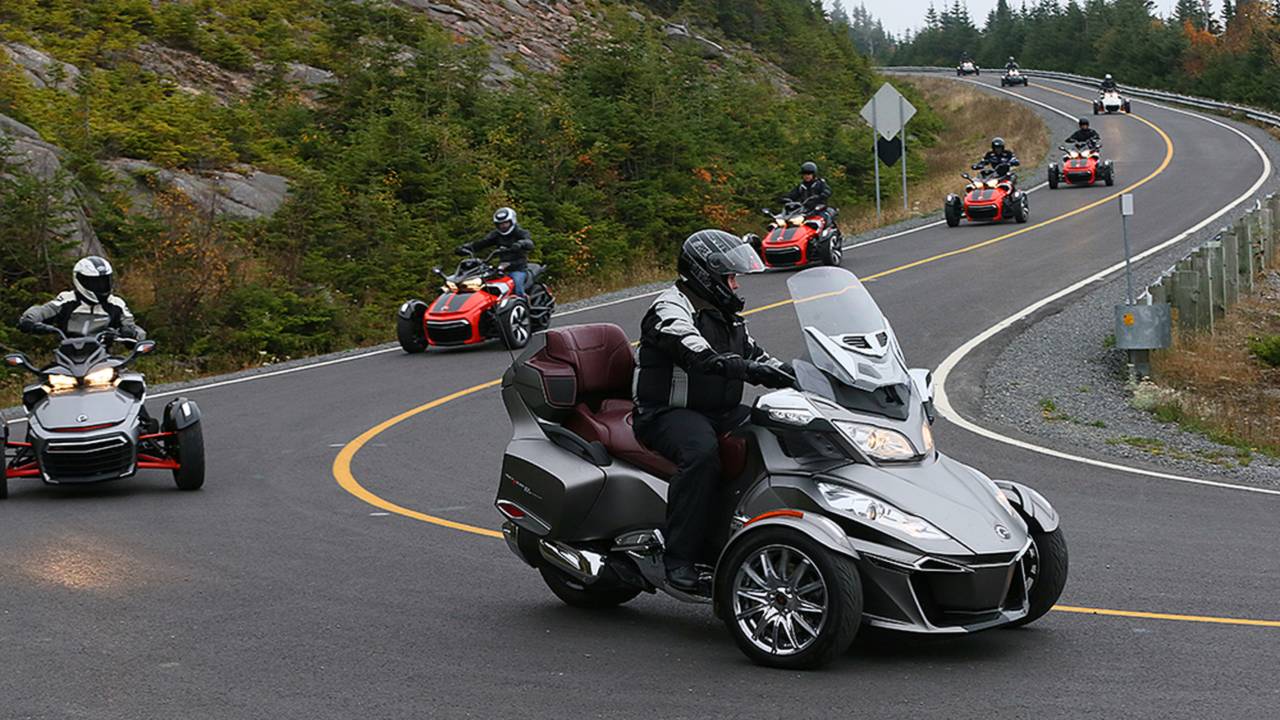 Expect a full review of the all-new Spyder F3 soon but know that our initial reservations about the three-wheeled machine were blown away. Stay tuned… 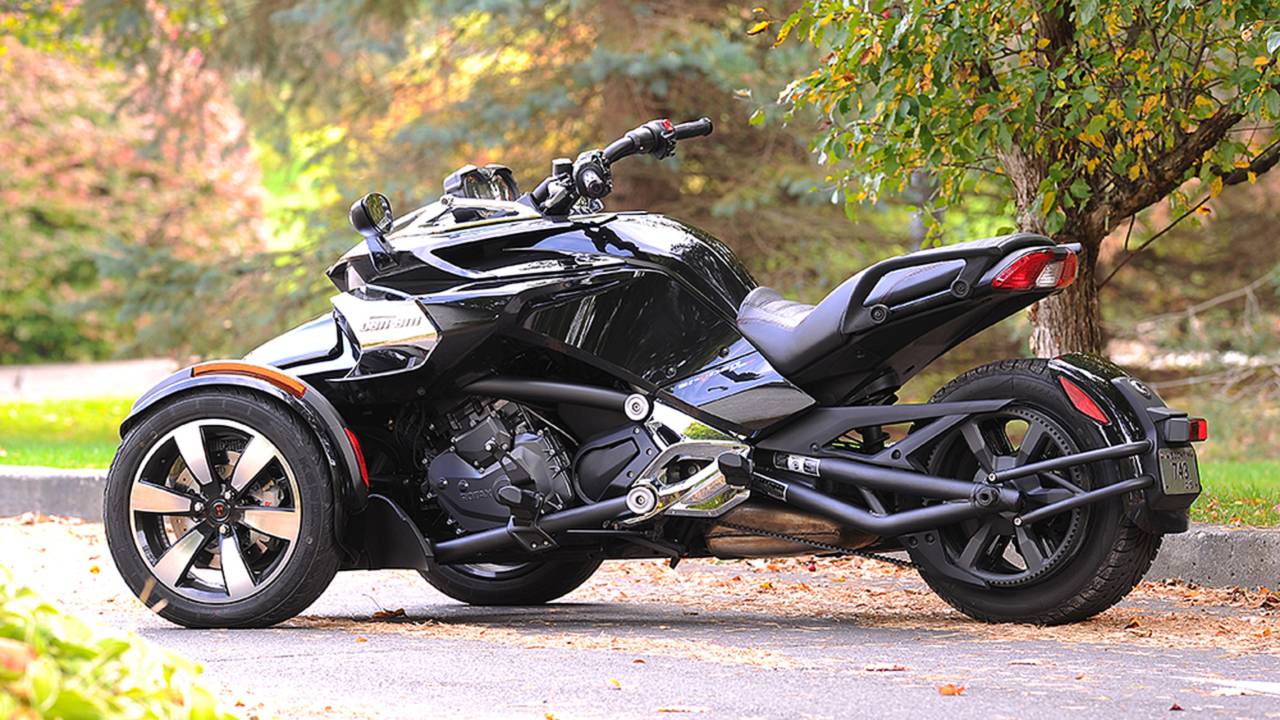 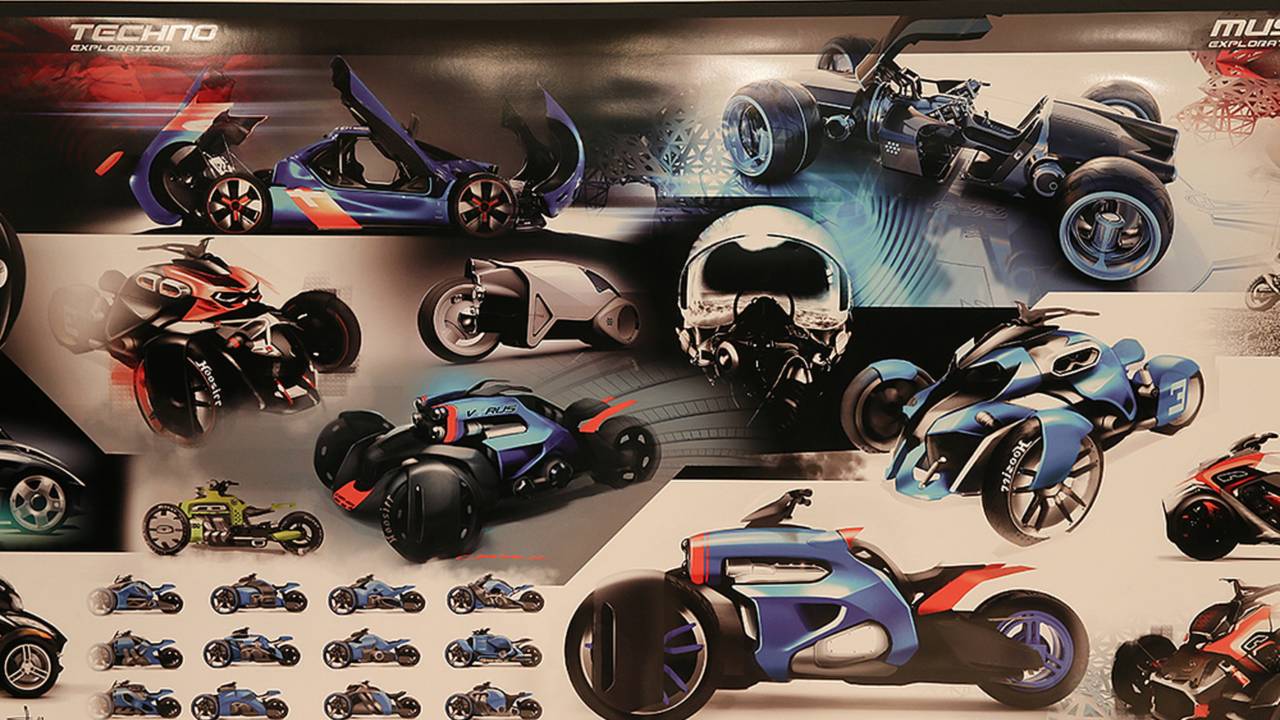