A 138-mph Ironhead Sportster and the World's Fastest Electric Bike - Bonneville Stories The first ever Bonneville Motorcycle Speed Trials was a major...

This was the year of the women, with fast girls like Valerie Thompson on her BMW S1000RR and Eva Håkansson on the world’s fastest electric bike. Considered one of the last amateur sports, land speed racing doesn't see much TV coverage, so if you're not there to see it yourself, you might not see it at all.

READ MORE: Why The 190mph BMW S1000rr Would Make A Terrific First Motorcycle

Going to Bonneville is like being on the moon. It's another world. Still, calm, and round, your eyes are only limited by distance. It's a serene and brutal place. Tip: they say if you wear shorts on the salt, than apply extra sunscreen, where the sun normally doesn't shine. The light reflecting from the salt has been known to cause sunburn… I luckily took this advice when I attended several years ago. I've been itching to go back ever since, but still haven't been able to. 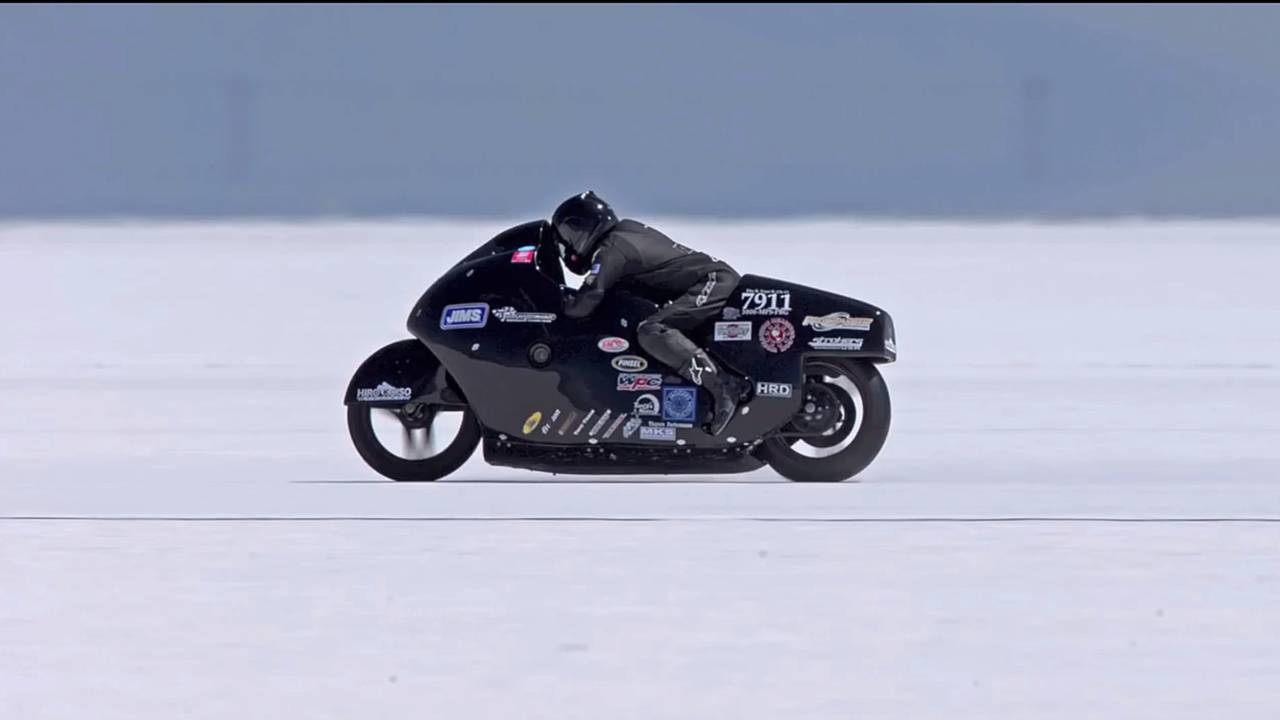 So, if you're like me and couldn't attend this year, there's Bonneville Stories. The Youtube channel has all kinds of cool stories and footage from years of Land Speed Racing. See racers help each other in need or watch others tear into the record books.

According to the description: "Hiro is very possibly the story that most exemplifies what Bonneviile is all about. After he crashed his bike in 2010, Hiro loaned Roger Golhammer's team his entire engine that Hiro had worked on for a year and they watched Jimmy Paulgaard run it for a land speed record. That kind of unselfishness and camaraderie is what makes the BUB event so special". "Scooter Grubb" ScooterShoots.com

According to the description: “It is the first time in over a century that an electric vehicle beats an internal combustion for a vehicle type.” Eva Hakansson KillaCycleRacing.com