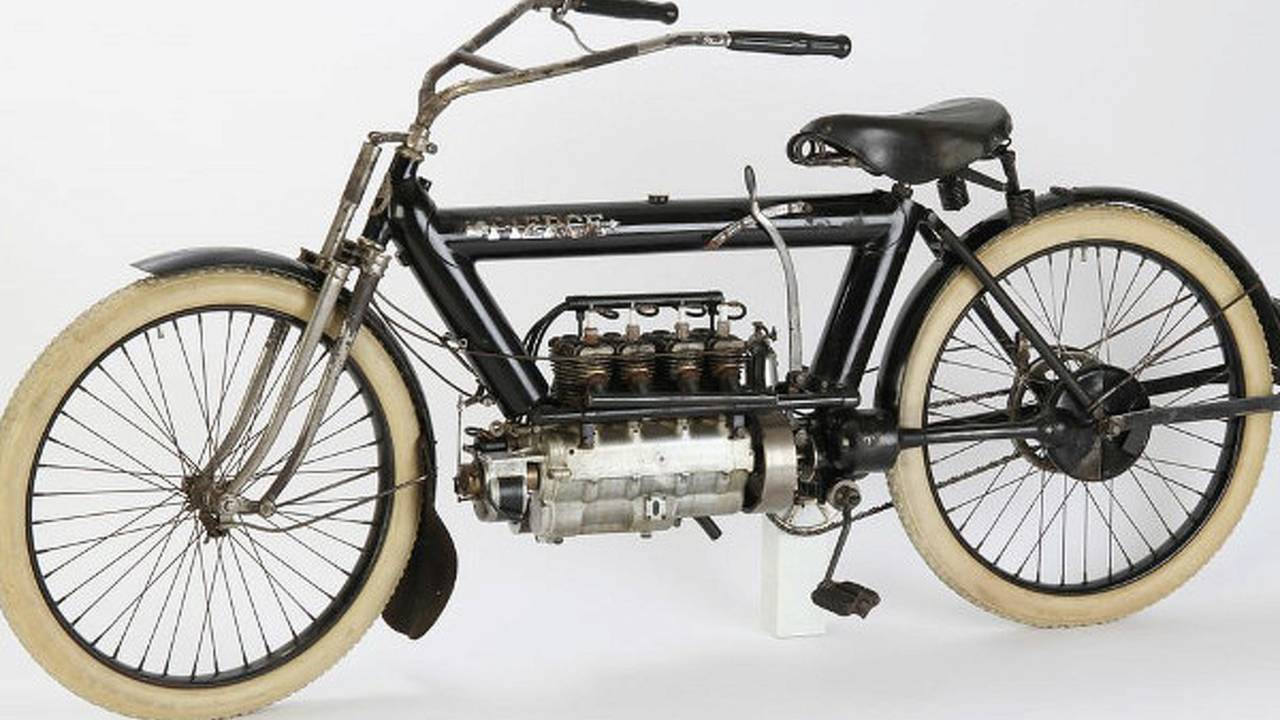 With a longitudinal four-cylinder motor, under-engine exhaust and fuel-in-frame design, the Pierce Four-Cylinder sounds more like a contemporary concept bike than something produced 102 years ago. This one's just been pulled out of the storage unit it sat in for 90 years.

In 1896, George Pierce created the George N. Pierce Company and began to manufacture bicycles. In 1901, the Pierce Company added automobiles to its portfolio, notably the the two-speed Motorette. George Pierce's son, Percy Pierce, then formed Pierce Cycle Company in 1907 and started manufacturing motorcycles. Dubbed the "Vibrationless Motorcycle," the four-cylinder, 700cc, 4bhp, shaft-driven motorcycle was revealed to the world in New York. Additions in 1910 were a two speed transmission with a multi-disc clutch with pneumatic front forks. At $325 dollars, it was more expensive than other motorcycles at the time. The Pierce Motorcycle won many city-to-city endurance races with its top speed of 60mph. Pierce Cycle Company built their last motorcycle in 1914 after going bankrupt.

The bike in these photos is a 1911 Pierce four-cylinder motorcycle with a two-speed and clutch. It has been sitting in storage for 90 years — it's never been restored or repainted and she still manages a spark and compression after all this time. Not bad for a motorcycle that's 102 years old.

This Pierce motorcycle will go up for auction at the 22nd Annual Copake Antique & Classic Bicycle Auction on April 20th, 2013 in Copake, New York. The motorcycle comes from the Buffalo Pedaling History Museum.

The clutch that controls the two-speed transmission.
++
Got a tip for us? Email: tips@rideapart.com