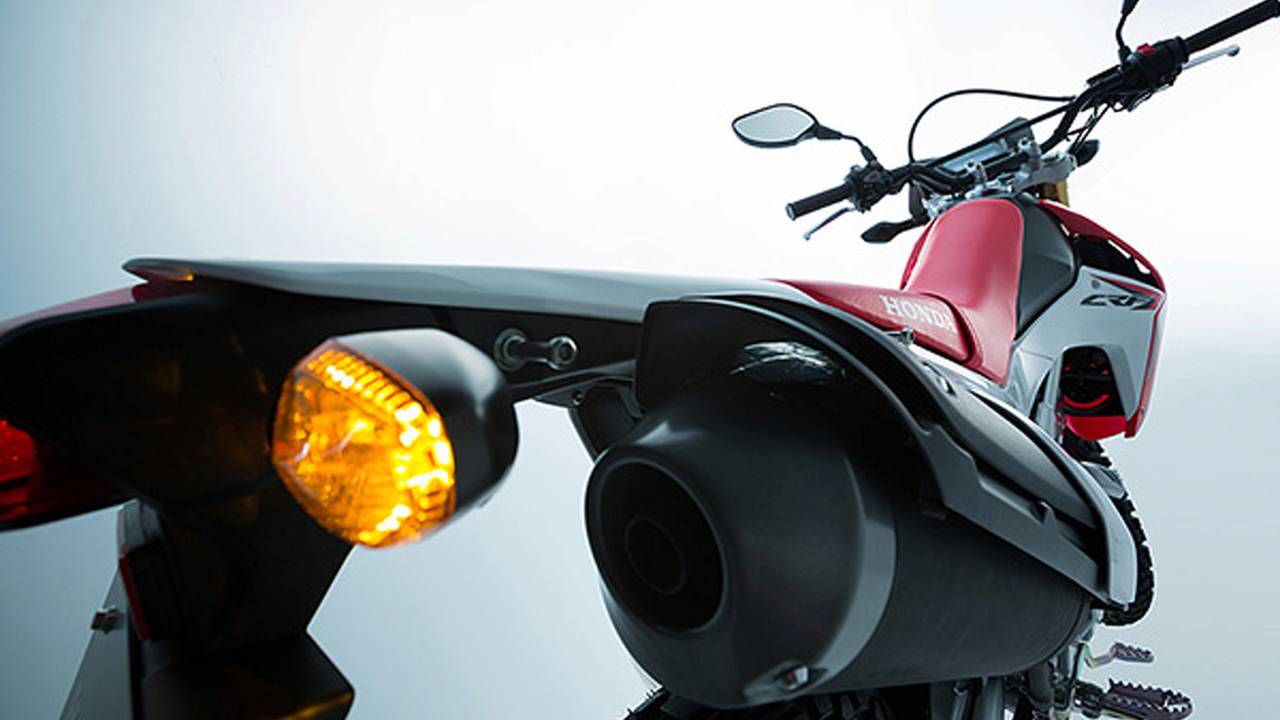 Honda design photographs the CRF250L"The best thing is that the CRF250L makes a first impression on the rider that 'I can ride it anywhere!'"...

"The best thing is that the CRF250L makes a first impression on the rider that 'I can ride it anywhere!'" Explains Munehiro Sugimoto, Honda R&D's Assistant Chief Engineer. "External design supplements function. If the CRF250L’s overall form evokes an image of something connected to its functions, that’s what we desire." The design compartment commissioned this photo essay to show off its latest creation.

The photos themselves were snapped by Kohide Nakashima, who was shooting a motorcycle for the very first time. "In trying to think how to depict an image of an insect, I decided to approach the subject as close as I could," she explains. "When we look at a small bug, we bring it close to our eyes to examine it up and down, right? To apply this perspective, I used a super wide-angle lens for this shot at a distance of about 20 cm. The image was so extremely distorted that it would not be accepted for a catalog. But I thought I could successfully bring out the allure of the CRF250L in my own way."

"For an overall silhouette, I wanted to capture an image of the CRF250L in a dignified pose holding its ground" details Nakashima. "Because I wanted to reproduce a radiance that allowed us to feel the life in it, I set the lighting to get some backlight. I also illuminated the motorcycle from underneath with a fluorescent light to give the impression of the CRF250L itself glowing. The key for these shots was to draw near to the subject. Using a 14-mm, super wide-angle lens, I approached the subject to get as close as 20 cm."

"The engine is one of the reasons why the CRF250L looked like an insect. I recalled the heart of Kyoshinhei (the God Warrior) in “Nausicaä of the Valley of the Wind,” an animated film by Hayao Miyazaki, in the scene where his heart was going boom, boom when he came back to life. I felt as if all the parts of the CRF250L had been born from this naked engine."

"I came up with this angle to create a red connecting image that was able to depict the body line emerging from the front fender. At a glance, it is difficult to make out what’s in the photo, but doesn’t this handlebar look powerful as it extends boldly forward?"

"The area around the headlight is akin to a face of a person, so I took this shot as I do for a portrait. Does the CRF250L carry an air that reminds you of certain characters in a sci-fi movie? In the all-around sharp design of the CRF250L, this section is kind of cute and emits a friendly feeling."

"The combination of the delicate spoked wheels and geometric disc plate conjured up an image of insect wings. It looked so airy that I expected it to float in the air. From the instant I saw the CRF250L, I felt like shooting this wheel."