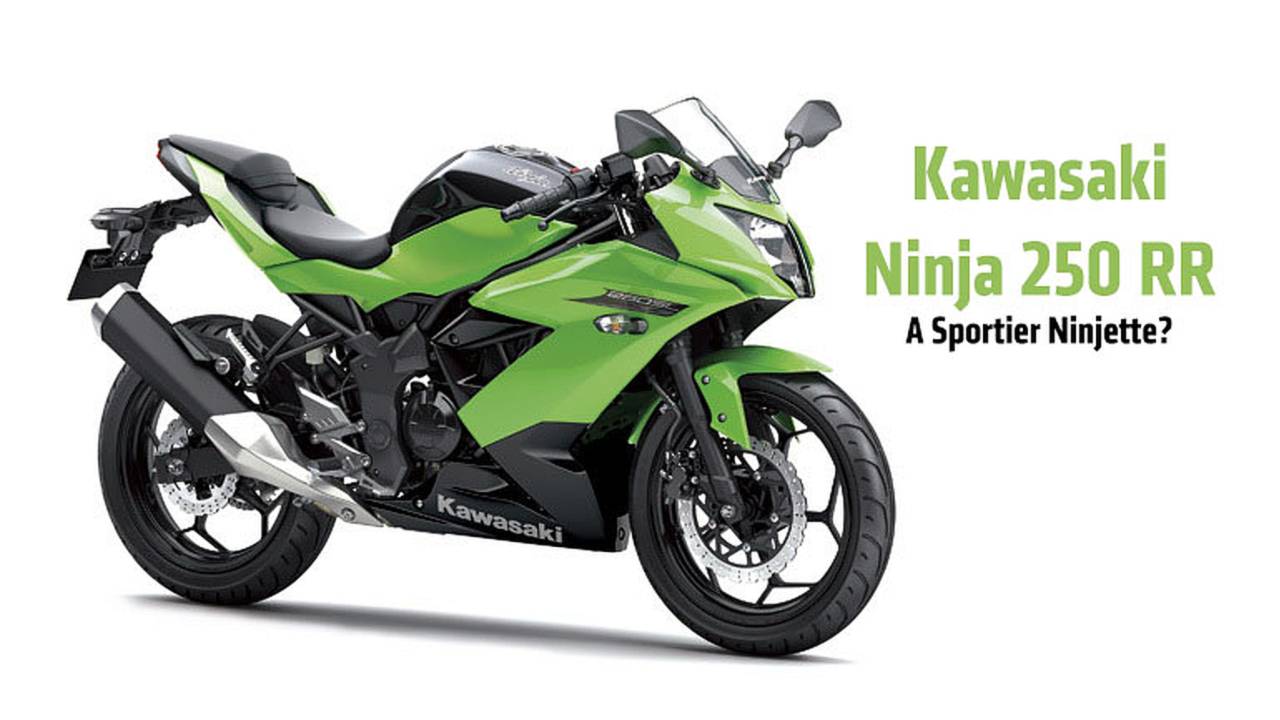 How's this for an odd duck? Premiering in Thailand over the weekend, this new 2014 Kawasaki Ninja 250 RR appears to drop the current Ninja 300's parallel-twin motor in favor of the KLX250's single. The frame is all new, but the suspension and brakes appear to be pulled off that 300. And, rather than mimic the 300's styling, it strikes off in a new direction. Pourquoi?

So far, so weird. The bike appears to be targeted at expanding Kawasaki's small-capacity lineup in Asian markets with harsh license tiers. The 125cc two-strokes need to go, for emissions reasons, and this is one of the bikes that will be replacing them. Because it uses that single-cylinder motor, the RR will be more accessible to young riders than the Ninja 250 (identical to the Kawasaki Ninja 300 in all ways but capacity, hang in there) with its parallel-twin.

Check out the size of that exhaust! Singles take some taming to meet modern emissions and noise standards.

A proper frame! Where the Ninja 300's relies on single tubes to wrap the engine's perimeter, the RR uses a trellis arrangement that should be much stronger.

More interesting is the RR's all-new frame, a steel tube affair that appears considerably beefier than the Ninja 300's own. Styling, too, is even more angular and aggressive than that of the 300, with a higher tail section, a single front headlight and very sharp-edged plastics. The RR also features and all-new LCD dash.

The Ninja 250 RR's new clocks are a simple, purposeful LCD affair with a horizontal tach. The numbers grow larger as they enter the powerband.

The 37mm forks, "Uni-Track" shock, petal-shaped brake discs, two-piston sliding calipers and box-section swingarm all appear to be identical to the Ninja 300's. Like that bike, ABS is said to be optional.

Sexiness continues on the new top-yoke, a racy skeletonized affair.

So what's the takeaway for readers in America and Europe? Well, this is likely just another bike built to meet local license tiers in the massive Southeast Asian market and not something we'll be riding anytime soon. It's that new frame that most interests us. Built to hold a single, not a twin, it's not going to replace the ancient, flexy item in our Ninjas anytime soon, but it does perhaps point a way forward for future small-capacity Kawasaki sportbikes.