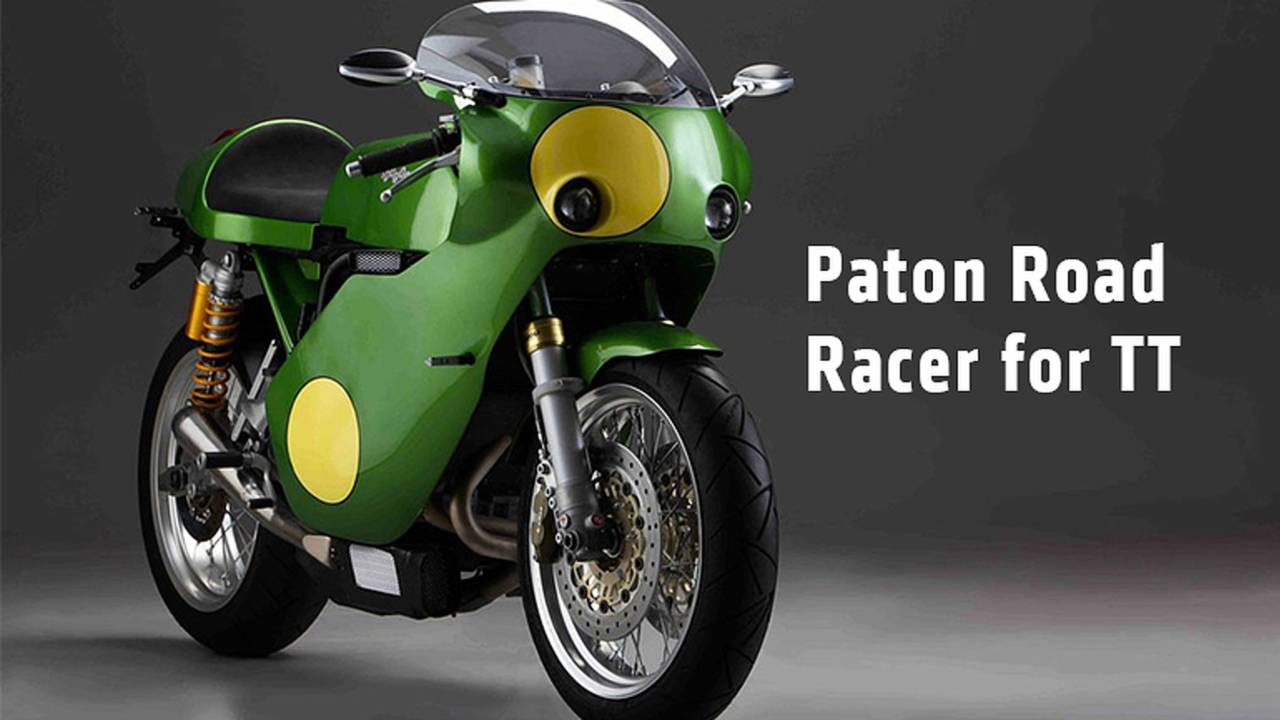 After revealing its first ever street legal race bike, the Paton S1 Strada, at EICMA last November, Italian motorcycle manufacturer Paton has now confirmed its entry in the 2014 Isle of Man TT Race.

After revealing its first ever street legal race bike, the S1 Strada, at EICMA last November, Italian motorcycle manufacturer Paton has now confirmed its entry in the 2014 Isle of Man TT Race.

The company, which is based in Milan, Italy, will use its latest bike, the S1 Strada, which has a Kawasaki 650 twin engine but with a Paton designed frame. The S1 Strada was revealed at EICMA last year and marks the first time the company has built a machine that can be raced and legally taken on the road.

Paton has a long racing history and association with the Isle of Man TT. It was founded in 1958 by engineer Giuseppe Pattoni and designer Lino Tonti. They took their first bike that same year to the Isle of Man TT races, where it was ridden by future Grand Prix World Champion Mike Hailwood who was making his racing debut at the street circuit.

For this year’s Isle of Man TT, the factory-prepared S1 Strada will be ridden by Englishman Olie Linsdell in the Lightweight TT class.

Linsdell is no stranger to the Isle of Man. The 26-year-old made his Mountain Course debut at the 2007 Manx Grand Prix and competed in the TT Races in 2008. The highlight of Linsdell’s career to date was his race win in last year's Bennetts 500cc Classic TT on a Paton BIC 500 BL3 replica.

Linsdell’s Paton S1 Strada is an official factory entry and will be run at the TT by Flitwick Motorcycles. It’s powered by a Kawasaki Ninja 650 parallel-twin, prepared by Paton, with a claimed out put of 71.1 hp at 8500 rpm and 47.2 ft-lb of torque at 7000rpm. Paton says the S1 Strada has a curb weight of 348lbs and a top speed of more than 130 mph.

Potential customers interested in buying a road legal Paton S1 Strada will get a near identical motorcycle to the version that Linsdell will ride in the TT with the major differences being in the way the engine is tuned. Pricing has yet to be announced.

Roberto Pattoni, Paton’s Technical Director, said: "Racing has been Paton’s goal since it started in 1958, and with modern classes it means making a street legal bike, which also carries the added motivation of increasing our small firm's technical knowledge by having to solve problems it has never had to face before as well as providing a new challenge. It is a culmination of all our history into one single product."

"This is a challenging and thrilling opportunity for us but also for Olie as a rider and engineer to be the person who brings Paton back to racing on an international stage is a great honor.”

For further information about Paton Motorcycles and to download a brochure on the S1 Strada go to: www.paton.it