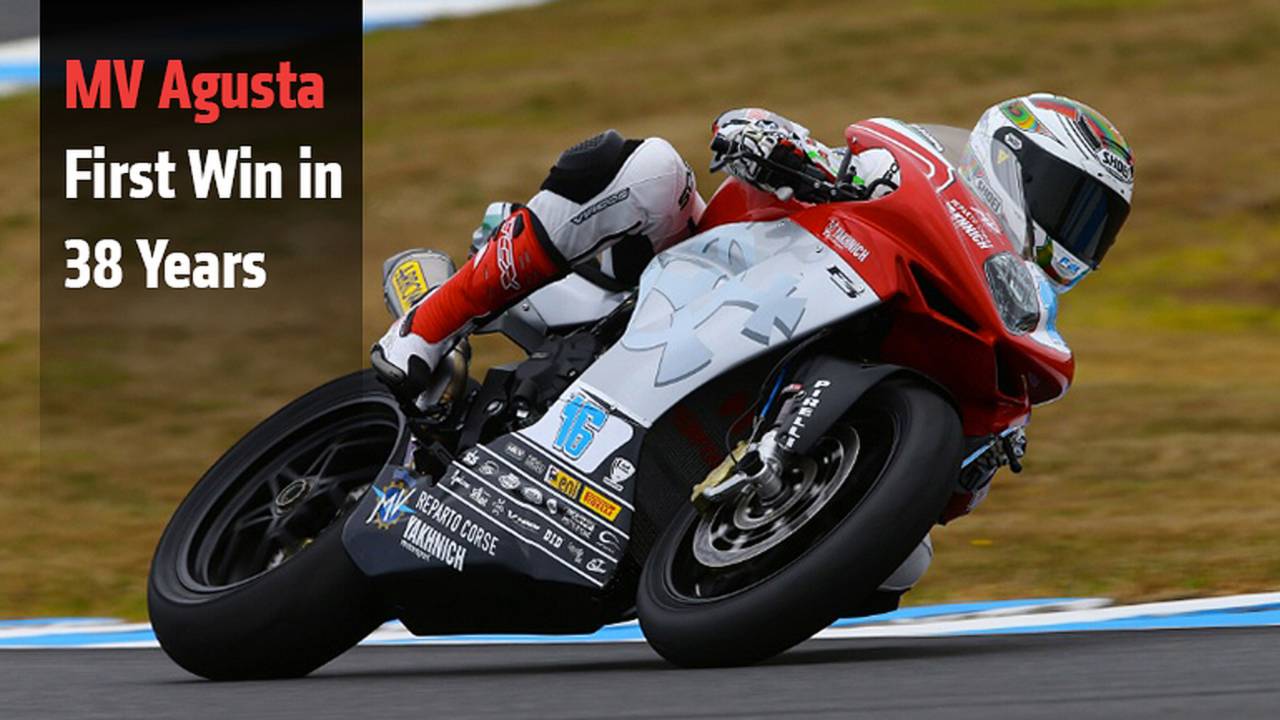 For the first time in 38 years, MV Agusta is back on the winner’s podium after one of its riders rode to victory this past weekend in the opening round of the 2014 World Supersport Championship held at Australia’s Phillip Island.

Frenchman Jules Cluzel, who was runner-up in the 2012 World Supersport series, took the win on his Yakhnich Motorsport F3 675 MV Agusta. After facing a series of technical problems on his bike during qualifying Cluzel had started the race in  14th on the grid.

Eight laps in, the race was halted due to oil on the track. This required a re-start and Cluzel found himself in fifth place just behind series favorites Kenan Sofuoglu and Michael van der Mark. These two riders crashed out and Cluzel launched a last lap challenge, overtaking race leader Kev Coghlan, on the penultimate corner at Phillip Island to take this historic win for MV Agusta.

The last time an MV Agusta ride won a world championship race was back in 1976 when Giacomo Agostini on his four-cylinder 350cc MV Agusta led the field at the Nurburgring, in Germany.

Afterwards Cluzel said: “We were terribly unlucky both during testing and at the start of the weekend. We rode far fewer laps than we should have. So, after that, going on to win was just a dream.

“Before the start I told my mechanics I’d do my utmost: and that’s exactly what I did, without making a single mistake. It’s a deserved victory; we’ve still got a long way to go but we’re convinced that the bike and the Yakhnich team have huge potential.”

Giovanni Castiglioni, President of MV Agusta, said: “This was a marvelous win, an indescribable thrill. I want to dedicate this victory to my father, whose faith in MV and the possibility of a successful return to racing was always unshakeable, and the late father of Brian Gillen, our Reparto Corse manager.

“I want to thank the Yakhnich Motorsport team and everyone involved in this ambitious project for their exemplary commitment”.