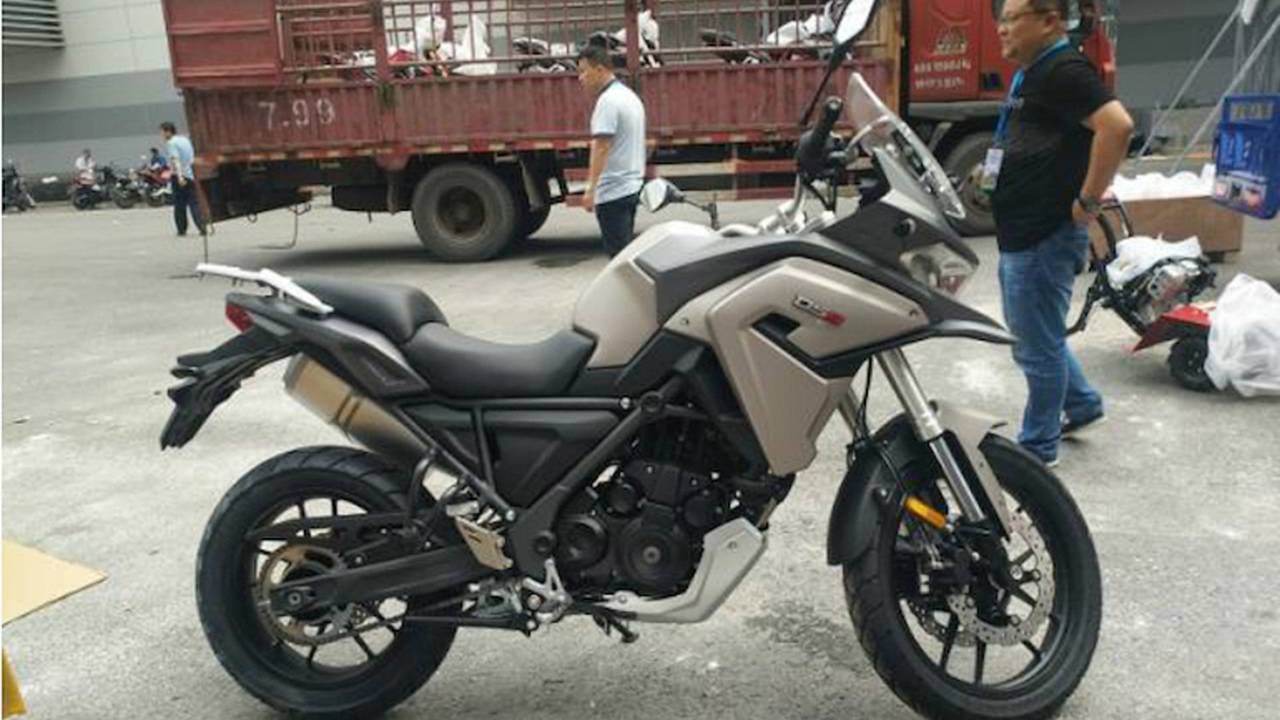 The Loncin DS8 was unveiled recently at China's CIMA show. According to India’s auto.ndtv.com, the new adventure touring bike employs a steel tube frame, aluminum swingarm, inverted fork, and anti-lock brakes as standard equipment. Despite its macho off-road looks, the DS8 is being peddled as a street-going tourer or dual-sport rather than a hard-core off-roader.

The bike is powered by a Rotax-designed, Chinese-built, liquid-cooled single – formerly used in BMW's F650 and 650GS models – that makes 50 horsepower at 6500 rpm and about 60 nm peak torque at 5000 rpm. With a five-speed transmission and listed curb weight of 465 pounds, the DS8 has a reported top speed of 90 mph. The NDTV report included no production dates or whether the DS8 would be available outside China.

The ADV market is surging in India, led by the tried and true Triumph Tiger 800. Also popular is Honda’s new Africa Twin, which is assembled in-country and has been nipping at the tiger’s tail for some time now. The most recent entry in the dirty domain is the Benelli TRK502, set for launch in India some time next year. The reappearance of Benelli under Chinese ownership has been predicted for some time, but now appears to be at hand.

At the heart of the new Euro 4-legal TRK is a 500cc, liquid-cooled, 360-degree parallel twin. The counterbalanced, fuel-injected, dual-overhead-cam, 8-valve engine has a Bosch ECU and two 37mm throttle bodies. QJ, Benelli's current owner, is expected to reveal a 750cc version at November’s EICMA show in Milan. Stay tuned.

The news report also indicated that Italy’s SWM was expected to soon bring its 600cc SuperDual model to India. Good news for the more hard-core off-roaders in the market, since the SWM undercuts the Benelli’s weight by more than 100 pounds.