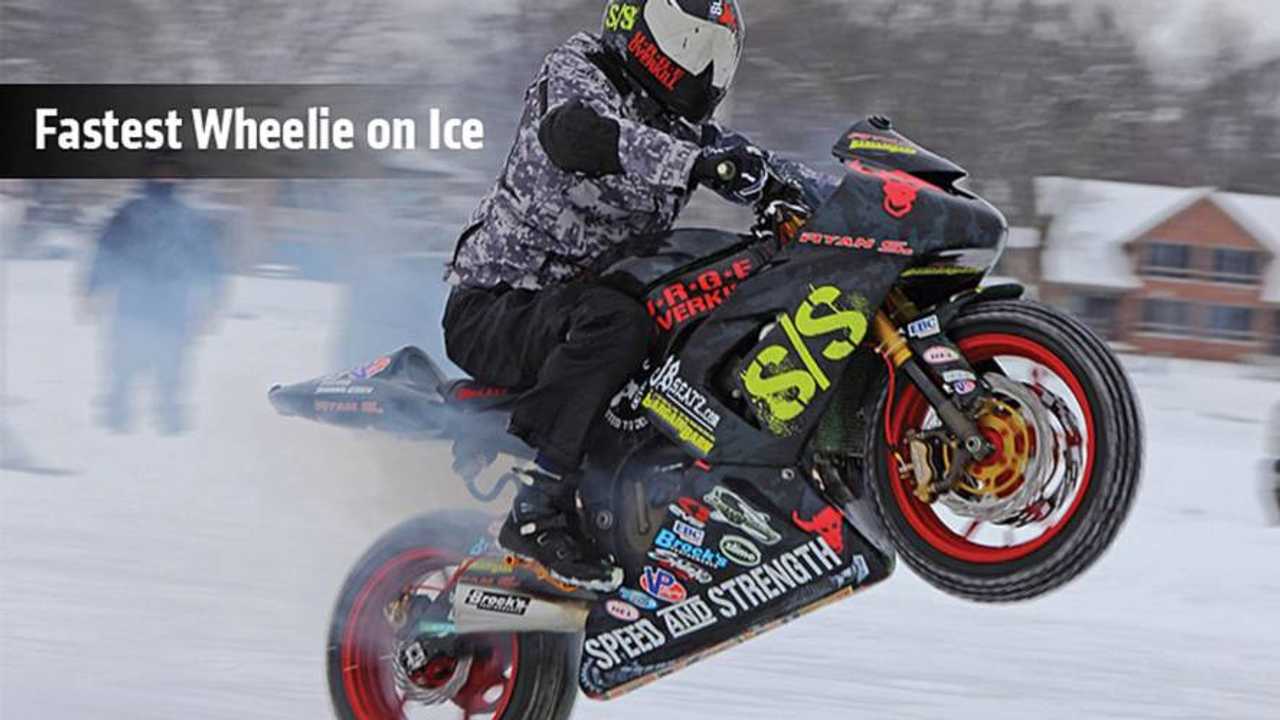 The fastest wheelie on ice record was broken recently by Ryan Suchanek in Fort Atkinson, Wisconson. He clocked in at over 100 MPH.

Stunt rider and speed record breaker, Ryan Suchanek has been back in action this month setting the world’s record for fastest motorcycle wheelie on ice at 109.5 mph in Fort Atkinson, Wisconsin.

In 2010, Suchanek was clocked at 95 mph, at Fort Atkinson and set a new world record, despite facing some technical problems due to heavy snow. Which restricted him to a much smaller area of Lake Koshkonong than he had anticipated. Last year he tried again at the lake and broke his 2010 record setting a new speed of 108.9 mph.

What makes Suchanek’s record attempts even more impressive is that in 2007 he was nearly killed in a road accident on his motorcycle. He was unconscious for a month and his injuries were so severe that he lost his left leg below the knee and still has no recollection of the incident.

To prepare for his 2014 world record, Suchanek spent more than two weeks speed testing his 2004 Kawasaki ZX-10R. Then on February 1 he decided the time was right for another record attempt.

However, on the day of the event it was snowing heavily and the Kawasaki’s air filter was sucking in snow and icing up. To add to his problems the front tire started throwing studs into the radiator making six holes and during his record attempt Suchanek had to top up the cooling system every couple of runs.

Finally he was able to set an average speed of 109.5 mph breaking his existing world record by 1 mph that he set last year.

“I am happy that I was able to overcome these obstacles and beat my record once again. I now have three speed records for the fastest wheelie on ice. However I'm far from done, I am going to do a tear down on the bike and try and break 120 mph."