The rights to the Excelsior-Henderson brand, trademarks, and intellectual property goes on the auction block next January in Vegas.

Remember Excelsior-Henderson? That's okay, no one else does either. Back in the mid-to-late-90s, E-H was one of a handful of outfits – along with pre-Polaris Indian, Neo-Triumph, and that guy who thought he could sell new Vincents – that tried to resurrect long-dead marques from the golden age of American motorcycling. Excelsior seemed like a perfect candidate for resurrection. Harley was booming again, Indian was back in the mix, so it seemed pretty smart to bring back the one name that could make elderly Harlistas and Indian riders shake in their boots.

See, Excelsior-Henderson was one of the original Big Three of American manufacturers during the first two or three decades of the twentieth-century. While it had a number of owners, Excelsior-Henderson had its greatest successes under the ownership of bicycle magnate Ignaz Schwinn. From 1911-21, Hendersons were the only 4-cylinder motorcycles produced in the U.S., and by the late 1920s, it was Excelsior-Henderson and Indian that dominated the 45 cubic-inch market with the Super X and Scout models.

An OG Super X. Look a those lines.

READ MORE: Why Every Motorcycle Brand Does Not Need to be Reanimated

Excelsior introduced an overhead-cam V-twin racer in 1920, which showed strong promise in flat track racing. But its development was discontinued when top factory rider Bob Perry was killed in a practice crash at Ascot Speedway. In 1925, the introduction of the 750cc Super-X effectively set the stage for Class C flat track racing that remains in place today. The factory later produced an overhead-valve engine that came to dominate hillclimb events. Harley and Indian responded with their own 750s, but by 1929 and the advent of the Great Depression, Schwinn threw in the towel and Excelsior-Henderson went out of business in 1931. 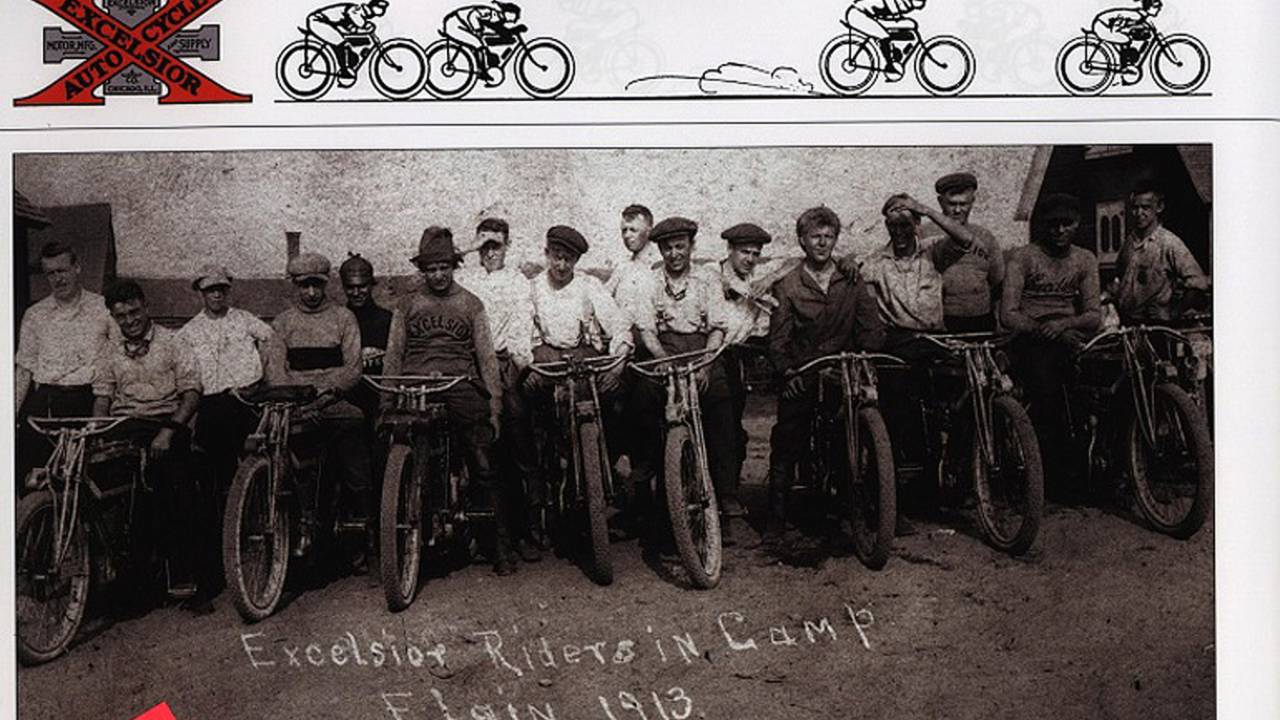 Fast forward sixty-some years to 1993, when brothers Dave and Dan Hanlon of Belle Plaine, Minnesota bought the rights to the Excelsior-Henderson name. They formed the Hanlon Manufacturing Company and whipped up plans for their very own Harley-killer. Unfortunately for the brothers Hanlon, that dream never came to fruition despite all their efforts. 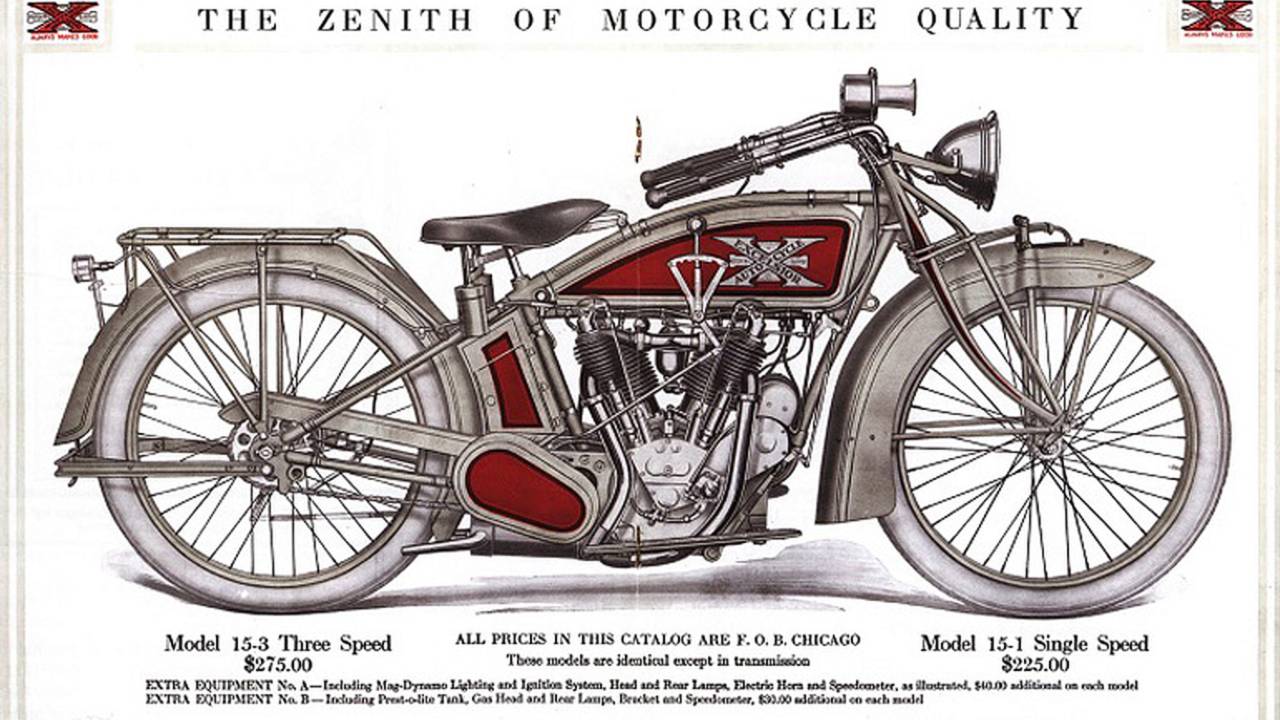 By late 1998 the company had spent $100,000,000 on designing a new Super-X with a bespoke frame, engine, and trademark pierced front fender. They also built a huge, modern factory in Minnesota with a 10,000 bike a year capacity, a big old "owner's experience center", and produced a whole line of E-H-branded jackets, chaps, bandannas, and other tchotchkes. Astute readers will notice that I never mentioned actual, physical motorcycles in there. That's because there weren't any until new Super-X finally debuted December of 1998. That bike never found its niche though, and the company never turned a profit. After less than a year of production, Excelsior-Henderson ceased production around Christmas 1999 when they couldn't secure a loan for more capital.

One of company's biggest problems, aside from the fact that their products were pretty bog-standard Harley clones, was that it spent seven years and a hundred-mil putting the cart before the horse as opposed to, you know, selling bikes. In essence, the company tried to build a brand identity and faithful buyers like Harley had out of whole cloth, before they even had product, instead of letting it grow organically. 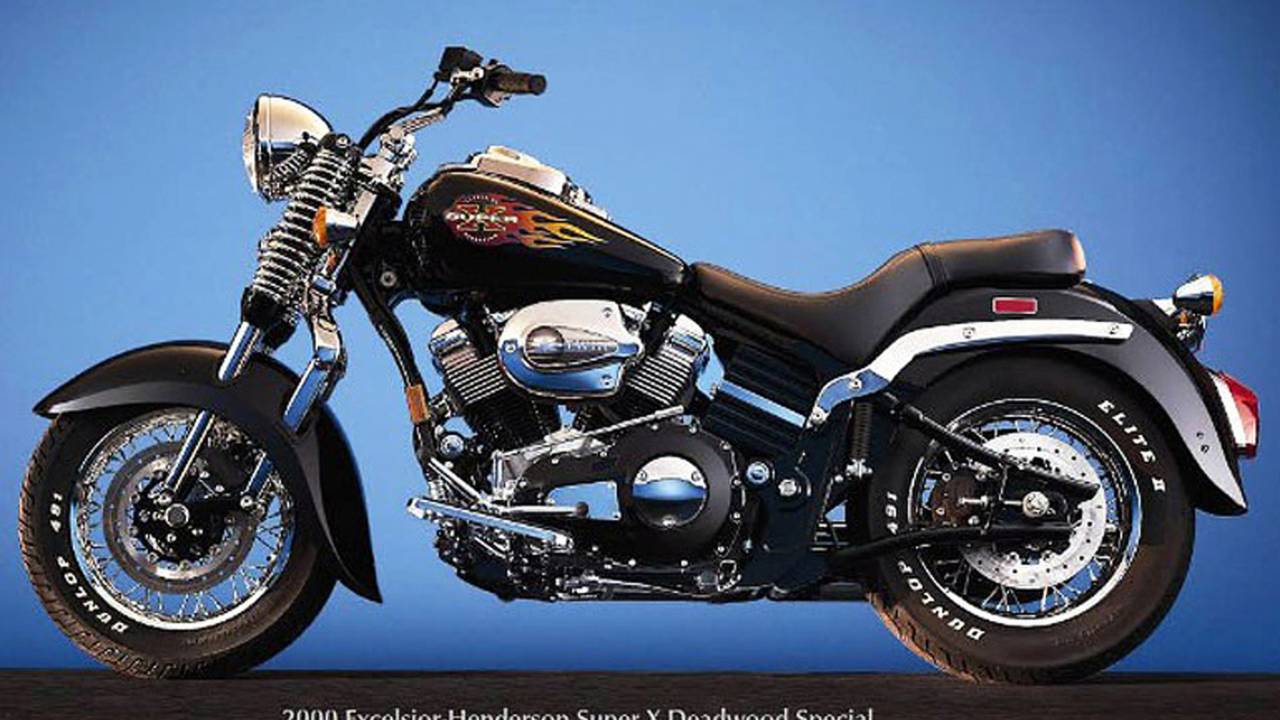 Now, it seems that modern Excelsior-Henderson motorcycles might once again see the light of day. The brand and all of its intellectual property will be on the block at the Mecum Auction in Las Vegas, Nevada, Jan. 23 - 27, 2018. The sale includes “ownership of the Excelsior-Henderson brand name, all federally registered trademarks, web domains and includes the previous motorcycle frame and engine designs, as well as the expired patents that can only be effectively exploited by the owner of Excelsior-Henderson.” 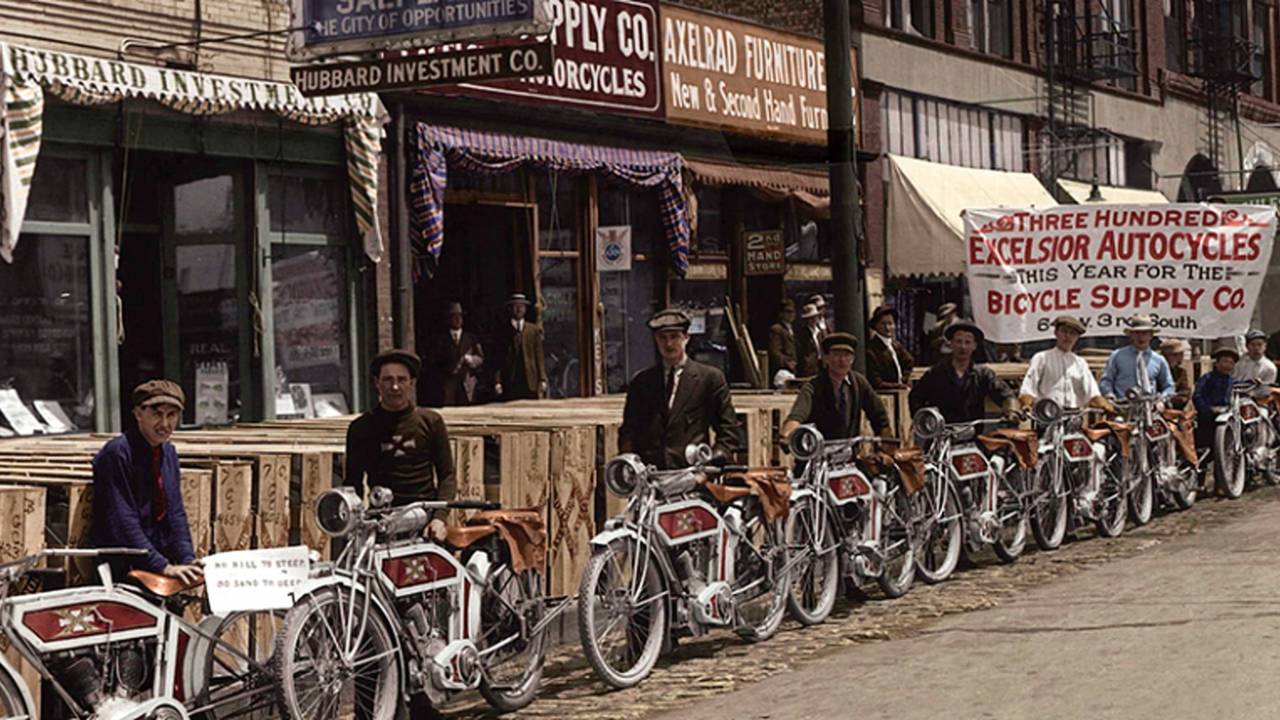 Coming soon to a showroom near you?

What does that spell for the storied history of Excelsior-Henderson and the legendary Super-X? Not a clue. Bringing a new, expensive, cruiser-based brand into today's motorcycle market sounds like financial suicide. It took Indian two or three tries to pull it off and people had actually heard of that company. In the year of our Lord 2017, the E-H name just doesn't have the recognition or cachet that it did a hundred years ago. Well, except maybe to old geezers and motorcycle nerds with too many history books on their shelves. (Guilty as charged - Ed.)

Keep your eyes peeled, though. Who knows? Maybe a very cool and innovative new Excelsior-Henderson will come roaring out of nowhere to give Harley and Indian a run for their money again.

For more information on the Excelsior-Henderson sale and all Las Vegas auction offerings, visit Mecum.com.