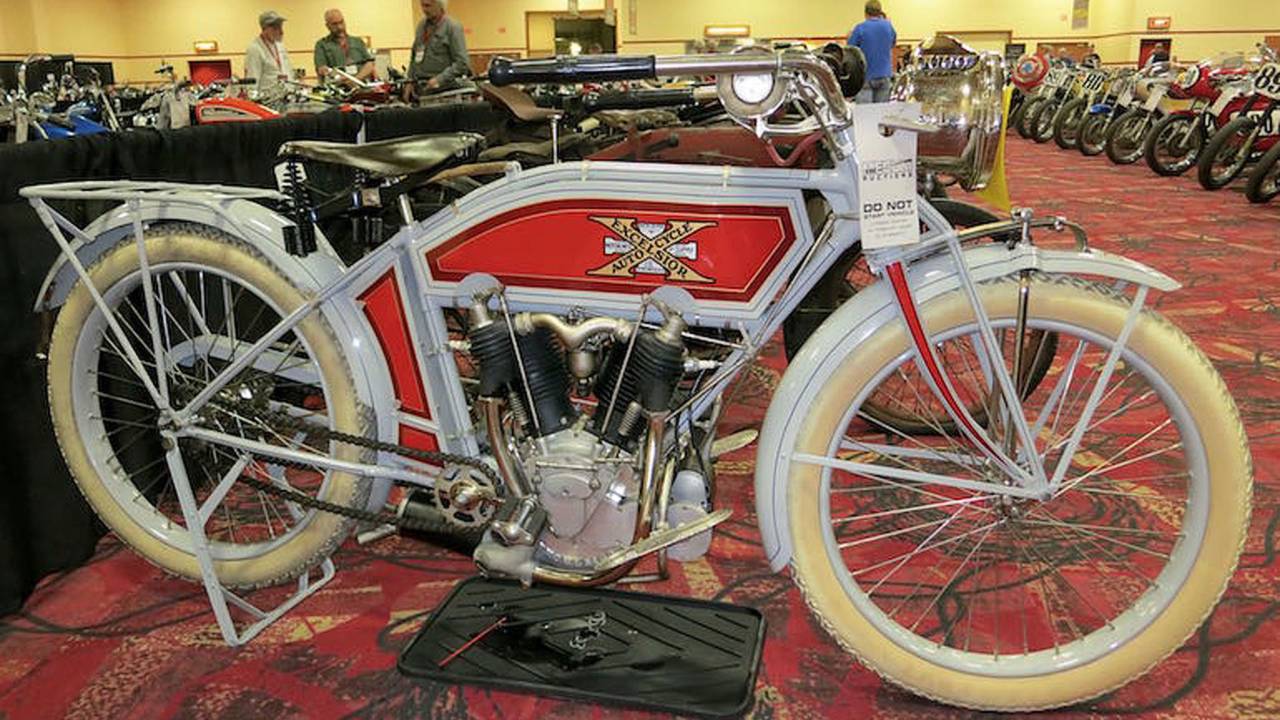 There's scuttlebutt that an iconic motorcycling name – Excelsior-Henderson – is set to return.

A press release has crossed our desk here at RideApart towers claiming that the company Aaron, Bell International has been retained as the exclusive agent for Excelsior-Henderson Motorcycles to seek a strategic relationship for the reintroduction of the brand to the marketplace.

“We look forward to working with Excelsior-Henderson during this exciting time in America, with the resurgence of manufacturing pride and interest in motorsports,” said Ralph Bellizzi, founder and president of Aaron, Bell International.

“The convergence of several market factors has created a unique opportunity to reignite the heritage-rich Excelsior-Henderson brand. Recent motorsports industry reconfiguration, with Polaris Industries ending production of Victory Motorcycles to focus on its historic Indian Motorcycles, and Arctic Cat’s sale to Textron, combined with the strength of American motorcycle manufacturing and sales worldwide, make the market ripe for the reemergence of the venerable marque.”

Excelsior was a major force, along with Harley-Davidson and Indian, during the early decades of motorcycling. The Chicago company began production in 1906 and built its first V-twin in 1910, and was acquired in 1917 by bicycle manufacturer Ignaz Schwinn. In 1913 rider Lee Humiston had set the first 100mph lap average at a Los Angeles boardtrack race. The company ceased production in 1931.

In 1998 a new Excelsior-Henderson Super-X motorcycle was brought to market by the Hanlon brothers of Minnesota, producing 2000 machines. The fuel-injected 1386cc V-twin had dual overhead cams and four valves per cylinder. Production lasted about two years.

“Owners of the motorcycles today are just as fervent about the brand as the day they rode them off dealers’ lots,” according to the news release. “Despite discontinuing production in late 1999, the business opportunity remains relatively turn-key due to its intellectual property and intensely loyal, active customer base.”

“An offering like this is extremely rare. An entrepreneur or investor can essentially pick up where the previous company left off, bypass the most difficult barriers to entry, and build upon the established success of this heritage-rich brand in a highly lucrative industry. It’s literally a once-in-a-lifetime opportunity.”