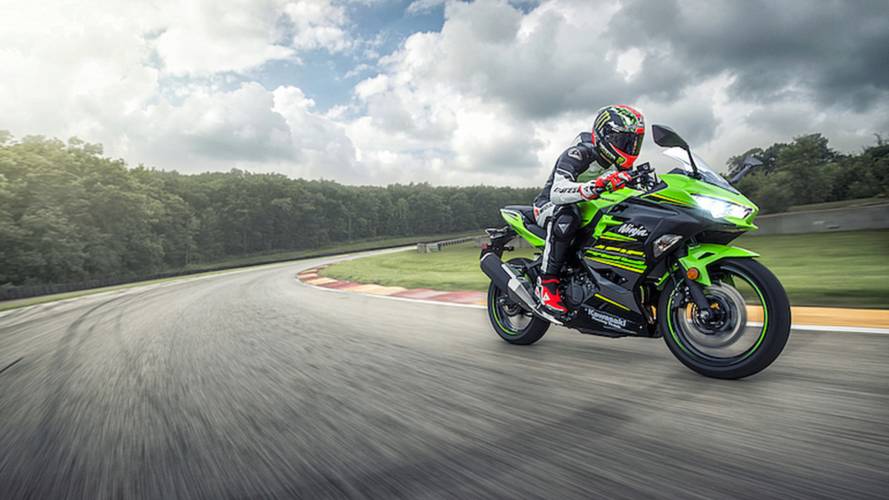 Team Green reveals the latest weapon in its Ninja arsenal: a 399cc beauty with hints of H2 styling.

We didn't have to wait for long. Just days after CARB documents confirmed the existence of a forthcoming Ninja 400, Kawasaki has revealed the model at the Tokyo Motor Show.

It appears the 400 will replace the Ninja 300 that was introduced back in 2013. Like that model, this new small(ish) capacity Ninja will be about more than just high performance, with commuters and newer riders being a key target. Kawasaki bills it as "an easy choice for new and experienced riders alike."

"Not only does the Ninja 400 offer stunning, high-quality looks; its stronger engine performance, light, predictable handling, and relaxed, sporty riding position make it both fun and easy to ride," claims Kawasaki "This duality – the ability to offer excitement and ease of riding to wide range of customers – is sure to make the new Ninja 400 a fan favorite."

Powered by a 399cc parallel-twin engine, the Ninja 400 promises increased performance over its predecessor for more reasons than just an extra 100 cc of capacity. The bike's new downdraft intake and larger air box also play a part in its claiming a peak 44 hp at 10,000 rpm and 40 percent more torque (38 Nm – or 28 lb-ft – at 8000 rpm). Kawasaki promises a "rider-friendly character" and "high controllability" with smooth throttle response, low-end torque, and a new assist and slipper clutch – a surprisingly high-end item for a 400cc bike.

Kawasaki says the bike has also been improved in terms of chassis and suspension. The Ninja 400's lightweight trellis frame has a similar design to that of the Ninja H2 and Kawasaki says "advanced dynamic rigidity analysis" was used to ensure optimum rigidity with light weight. The engine is used as a stressed member, which, along with the new frame design helps keep the bike's wet weight to 168 kg (370 lbs). Not too shabby.

Drawing its styling inspiration from the Ninja ZX-10R and H2, its large volume bodywork helps to give the impression of a larger capacity machine, as well as offer a greater level of wind protection. The Kawasaki Ninja 400 will be available in the United Kingdom from February 2018. We are still waiting to hear from our pals at Kawasaki USA to get a firm date for Stateside availability.