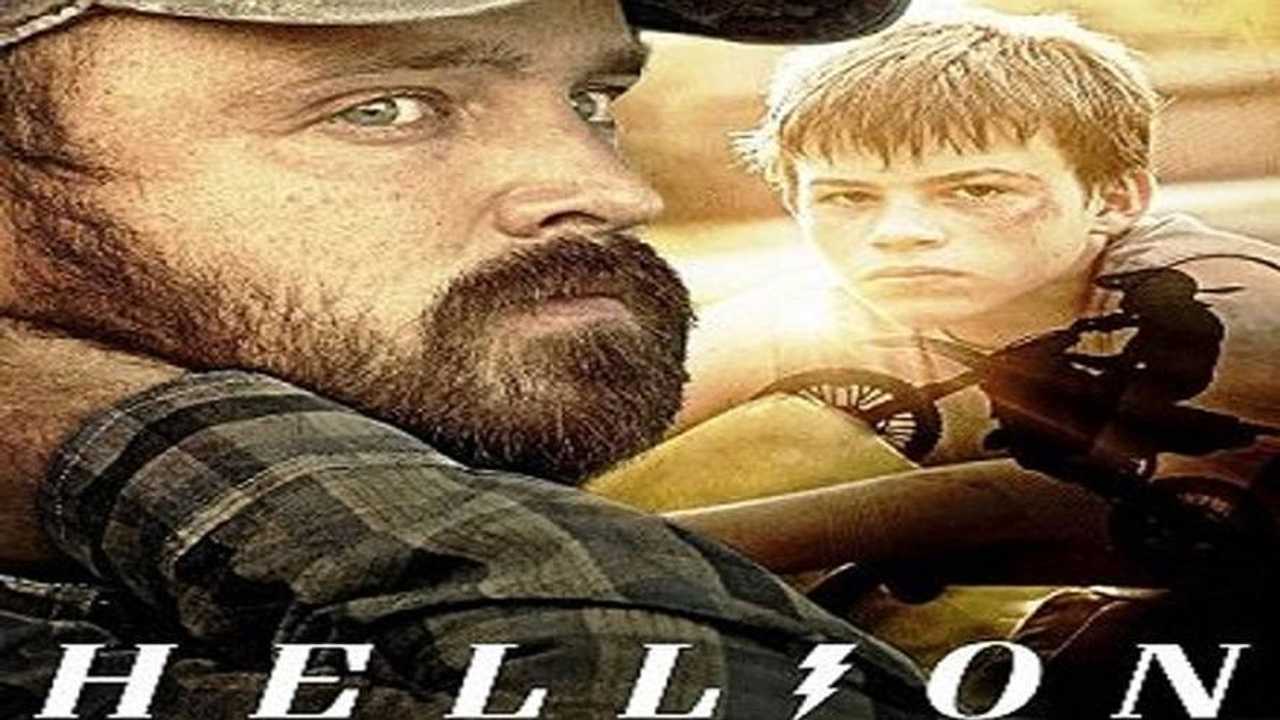 Hellion (2014) - Moto Movie ReviewFor the first time in a long time, I can honestly say that this is a good movie, and many critics agree with me....

For the first time in a long time, I can honestly say that this is a good movie, and many critics agree with me. This fairly new independent feature, Hellion (2014), premiered at Sundance, showed at SXSW to positive reviews, and just popped up on Netflix this month.

Firstly though, don't confuse this movie Hellion from 2014 with the Canadian indy horror movie called Hellions from 2015. One is the story of a troubled young adolescent boy, his brother and the trouble they get into, the the other is the story of crazy trick-or-treaters who terrorize a teenage girl stuck home on Halloween. The first one is our movie, the one that features motorcycles and is a pretty heavy drama about coming of age, staring Aaron Paul of "Breaking Bad" as the father.

As the movie starts, the boys and their father have still not come to terms with the sudden death of their mother. Hollis (Aaron Paul) is dealing with it in a manly, Texas way by working hard and drinking hard with his buddies, not leaving much room for parenting. The boys have their own way of dealing with it, also striking a blow against Texas and their father, by acting out.

The pickup truck is the official state animal of Texas

Destroying someone's truck in Texas is akin to punching their mother, so, as you can imagine, this does not go over well with the authorities. The family is poor, Dad spends all his spare time and money fixing up a rundown beach house in Galveston, and the only positive influence is their aunt Pam (Juliette Lewis).

Even under the best of circumstances a 13 year old is not a very good guardian to a 10 year old, and these circumstances are certainly not the best. The only good thing Jacob (Josh Wiggins), the older brother, has going on in his life is his love of riding motocross. How refreshing is that to hear? Riding motorcycles is the only positive thing is this kid's life.

Things continue to spiral out of control and get worse though, as Josh, his delinquent young friends, and his 10-year-old brother, Wes (Deke Garner), keep acting out. Child Protective Services gets involved, and Wes ends up being sent away to live with Aunt Pam.

This robs Josh of his only brother and turns the closest thing he has to a mom into his adversary. With the kind of problem solving only available to young minds, he decides winning an upcoming motocross race will solve all of their problems, and pay off their family debts.

Unfortunately, after the truck stunt, Dad took away Jacob's race bike as punishment. However, with the sort of energy and determination only available to the young, he trains every day on a friend's little pit bike. Hollis, probably after the shock of losing one of the boys to CPS sobers up (mostly, this is Texas after all) and helps the boy out, trying his damnedest to be a decent father.

The motorcycle riding and racing scenes are pretty great, just real riders and racers found around Texas, with only a minimum amount of manufactured drama on track. The only part that is a bit unbelievable is that Jacob is on the small-wheeled 80cc bike, while the rest of the racers seem to be mounted up on the full-size versions. Whoever was doing the riding sure makes it look real though, as you can see.

In this movie, the protagonist wears the black helmet

The performances are good all around, even from the kids, and you should credit the writer-director for that. If Kat Candler had not written a script with actions and dialog that seemed natural to these young actors, chances are the performances would seem a lot different.

There are some very dark parts of this movie, including a scene where Dad's drinking buddies let Jacob play with a .38 revolver and show him how to use it. In keeping with the dramatic principles of Chekhov, that gun does get fired by the third act, for better or worse.

RideApart Worth Watching: Yes, as stated above, this is actually a good solid drama about the struggles of a poor Texas family, and the two young boys in particular. Yes, it could use more motorcycle racing, but what is there is well done, portrayed in a positive manner, and central to the plot, not just tacked on. You'll notice this is exactly the opposite of that inspirational religious feature I reviewed a few weeks ago.

Redeeming Quality: Real riders, real riding, real kids. The drama and action in this fictional film feel more real than the aforementioned documentary. The stunt coordinator, Regis Harrington, has been a racer, and stunt man for 30 years and this was his first film in the lead position. Hopefully he'll get more work and we can stop seeing motorcycles flying through the air disobeying the laws of physics.

Worth Noting: This movie is rated R, and though it says for language there is at least one pretty intense scene involving that gun. If I had a 10 year old I don't think I would let them watch it; maybe a 13 year old.

Cameron Owens, who plays one of the other kids in the movie, Roger, was actually found racing motorcycles and isn't an actor at all. In fact, all the kids are acting in their first movie and were discovered and cast from around Texas.

For some reason, in other English speaking markets, this movie is sometimes called "Retribution" and looks like a much different film in the cover art.

, you can watch for free, with your monthly subscription. All I can really do for you is show the trailer.
++