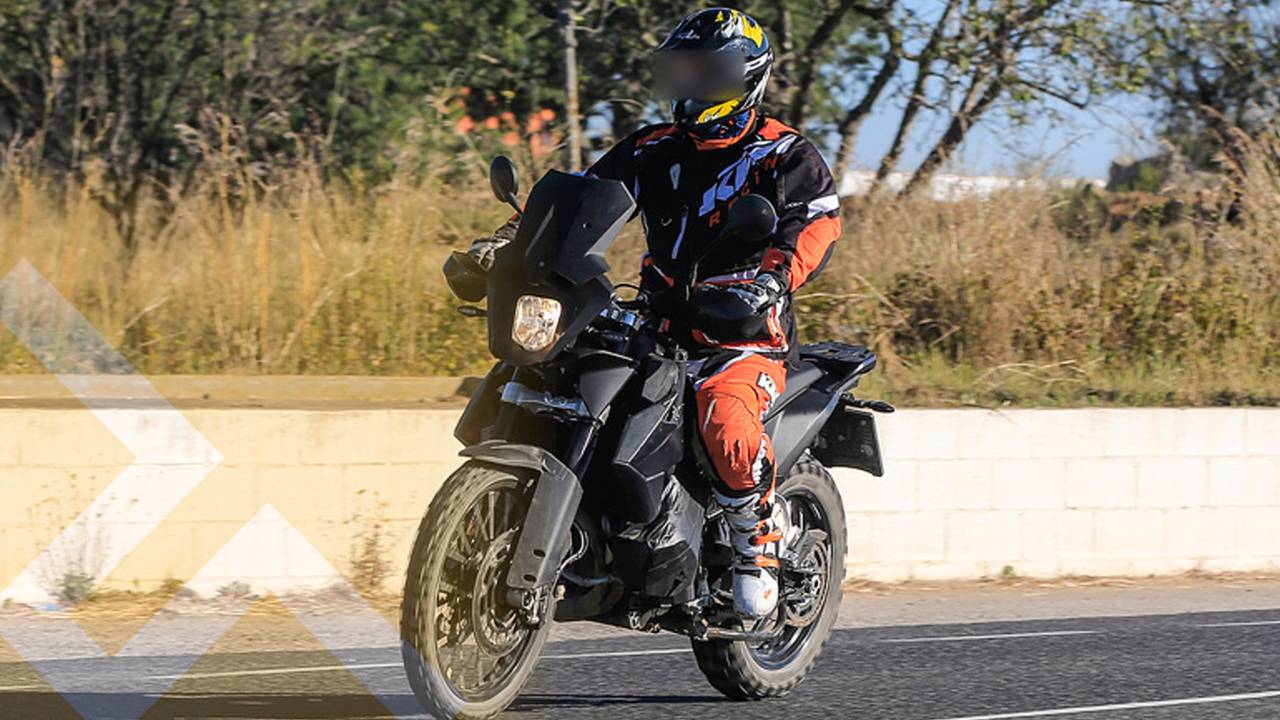 Recent spy photos show a KTM 790 Adventure model is in the works.

The prototype KTM 790 Duke brought a ripple of excitement at the recent EICMA show in Milan. Now these spy shots taken earlier this week confirm the bike’s pre-production status and general configuration. As the adventure category continues to draw interest worldwide, and the advent of Yamaha’s T7 prototype, the middleweight division is getting serious attention. Given the response to Honda’s 1000cc Africa Twin, the appearance of a mid-displacement sibling hardly seems unlikely. Plus, the established Triumph Tiger 800XC and BMW F800GS have confirmed the genre’s popularity.

The KTM 790 shown here is obviously a test mule, with what appears to be a jerry-rigged coolant tube next to the tank and a prominent bulge of something – likely testing gear – covered in tape at the lower left of the engine. Not for public view, or easy access. Anybody’s guess. Whatever the camouflage is hiding remains secret.

The mule appears to be fitted with an 18-inch rear and 21-inch front, standard practice for the class. The exhaust plumbing is apparently the same as the new 790 Duke, exiting with a silencer on the right side. While the shock is not wholly visible in the photos, the stance indicates that the swingarm/shock assembly may be the stock 790 Duke set-up, for pavement testing only. The motorcycle looks lower overall than most adventure bikes, indicating the tester was out for engine/transmission/electrics reviews only.

The photos show twin discs at the front with radial-mount Brembos, and wheel-speed sensors, so ABS is likely. Whether or the 790 Adventure will include the electro-trickery of cornering traction control remains to be seen. The centerstand looks like a makeshift piece that will probably be less bulky on the production model.

Most of the bodywork appears to be just temporary covering, giving little indication of what the final product will look like. But, given recent KTM styling, we’ll see more of the angular, aggressive lines. We can also expected spirited performance. Bring it, please.

We also rounded up some Spy Photos of the KTM 390 Adventure that was caught about the same time. Check out thse photos too. It's going to be fun!