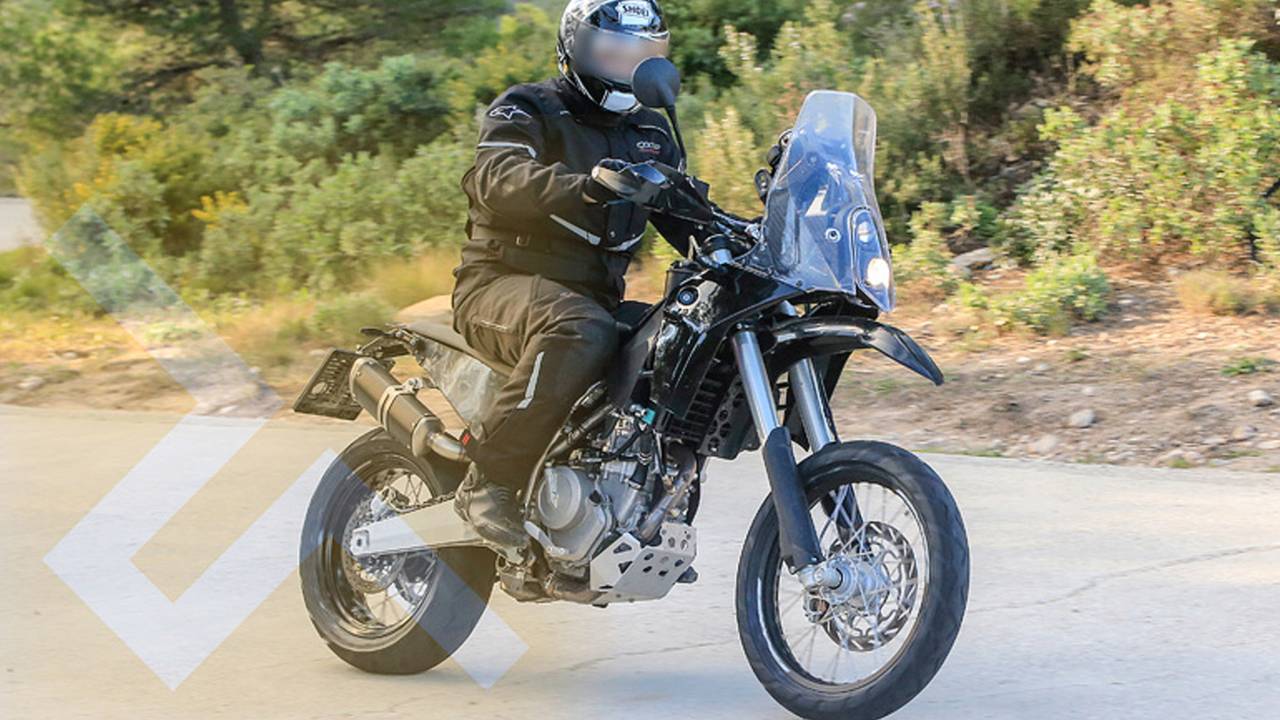 Holy ADV bike, Batman! A new KTM 390 Adventure has been espied! We've got more of the 390 spy photos you have been looking for.

Some industry observers thought KTM would be content to expand its big-bore division with more choices (sport-touring/adventure-sport) to challenge BMW, the new 790 and 390 models refute the notion. Given the rush of light-middleweights (250-450cc) entries from Kawasaki, Honda, Suzuki and BMW have provoked another Austrian entry on the menu.

The spy photogs nabbed images of the 390 Adventure mule recently, indicating that the dirt-worthy version of the 390 Duke isn’t far behind. The cobby-looking mule shown here is obviously far from what the production model will look like, but there are specific hints of what the configuration will be.

The spoked wheels will likely reach production, but like the 790 Adventure tester, this one is obviously set up for pavement testing only with what appear to be 17-inch wheels with street rubber. Unlike the 790 proto, however, the 390 is equipped with what appears to be more production-like long travel suspension at both ends. When it reaches the showroom, the 390 will probably be fitted with 17/19 dualie tires, or 18/21 hoops. Or an option of 19 or 21 for the front, which we think would be prudent.

The swingarm looks like a one-off unit built for testing, as does most of the bodywork and instrumentation mounting and position. The swingarm architecture and possibly the shock mounting may well differ when the bike reaches production. The skidplate appears to be a finished and nicely protective piece. We reckon the final iteration, probably not revealed until late next year, will have a larger fuel tank.

All of this is pure speculation at this point, and KTM’s ability to bring the 390 Adventure in at a competitive price will be key to its success in a crowded market. We don’t expect the Austrian company can manage the bargain rate of the $4,999 390 Duke, since this is much more than a simple upgrade. But if they can list it below $6,000, we think they’ll have another winner.