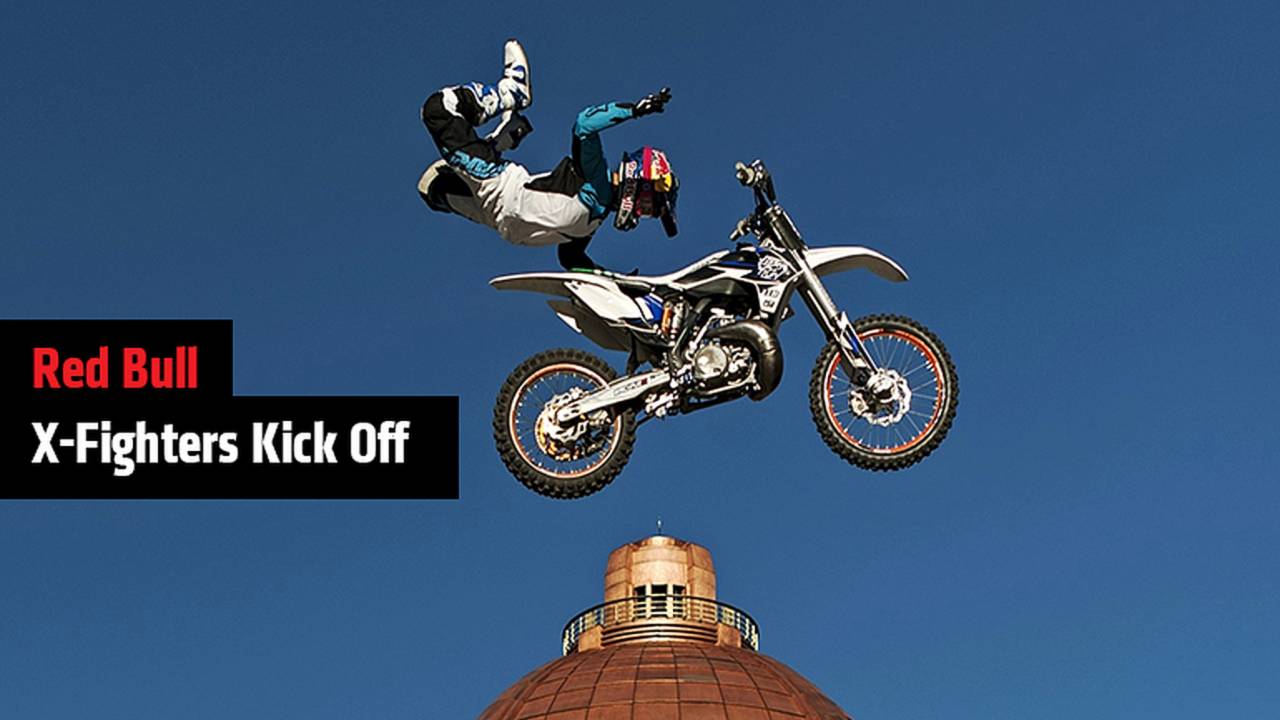 Red Bull X-Fighters kicks off its world tour in Mexico City. Will Thomas Pages repeat his championship performance this year?

Happening today, the Red Bull X-Fighters World Tour is back and ready to take flight in Mexico City at the Mexico City Plaza de Toros. Looking to repeat his 2013 championship performance, Thomas Pagès is focused on clinching the season opener. Like last year, his win in Mexico set the stage for his dominate performance in 2013. This year, however his competition become even more intense with a field of 11 other riders looking to dethrone the king.

Five stops around the globe will ultimately determine who takes home this year's championship. They are comprised of Mexico City, Osaka, Madrid, Munich and Pretoria. Even though the closest event takes place today in Mexico, the tour will not be making an appearance in the US. Perhaps in 2015?
Be sure to follow your favorite riders tonight on RedBull.tv at 9:30pm (EST) or, if you miss it, on FOX Sports 1 March 17th at 7:30pm (EST)
For full details be sure to check out the Press Release>>
Pagès is man to beat as Red Bull X-Fighters kicks off in Mexico
The 2014 Red Bull X-Fighters World Tour kicks off in Mexico City on March 14 - Event to be Broadcast on FOX Sports 1 on March 17 at 7:30pm ET

MEXICO CITY (Mexico) – On Friday, March 14, the 2014 Red Bull X-Fighters season will kick off at the Mexico City Plaza de Toros.  All eyes will be on Thomas Pagès, whose win at the kickoff event in 2013 set the stage for his place as eventually champion of the Red Bull X-Fighters World Tour.  But a field of 11 other competitors will look to stop him from repeating the feat, and claim the world's most prestigious freestyle motocross competition for themselves.  The event will be broadcast on Monday, March 17 at 7:30 pm ET/4:30 pm PT on FOX Sports 1.

Dany Torres (ESP), Levi Sherwood (NZL), Rob Adelberg (AUS), Javier Villegas (CHI), Josh Sheehan (AUS),  Adam Jones (USA) and the rest of the roster are expected to give Pagès a run for his money in the rarefied altitude in Mexico City, the first of five stops on four continents this season.  Local hero Erick Ruiz (MEX) sent the huge crowd into fits of ecstasy last year and could surprise some of the favored riders this year.

"The atmosphere in the Mexico City Plaza de Toros is just so intense," said Tes Sewell, Red Bull X-Fighters Sports Director. "The volume level is off the charts and the Mexican fans bring such passion to the celebration - they really appreciate what the riders are doing for them." Sewell said that he expects more riders to unveil new tricks and new combinations this season after Pagès romped to the title last year with five podiums.

"Tom is obviously the target since he is the reigning Red Bull X-Fighters World Tour Champion, but more of the other riders have seen his plans and will have spent time with training to compete with that," he said, adding other riders will try some of Pagès three jaw-dropping trick this year: the Volt, the Flair and the Special Flip. "We know that there are already some riders who can do the Volt and for sure there are going to be at least five or six guys in Mexico City who have tried the Flair, but I 'm not too sure how many of them will have taken the risk to learn that Special Flip - it's a really tough trick to pull."  Sewell said it is hard to tell at this point who had the best training in the off season but the world will know more after Mexico City.

After the FOX Sports 1 broadcast, the event will be available the same evening on demand starting at 9:30 pm ET on Red Bull TV, which is available for free at www.redbull.tv, through its iOS and Android applications, Apple TV, Xbox 360, Chromecast, and select Smart TV’s.  For more information on the World Tour, go to www.redbullxfighters.com.  Video and image packages are available atwww.redbullcontentpool.com.

More information on the Red Bull X-Fighters World Tour is available at www.redbullxfighters.com.