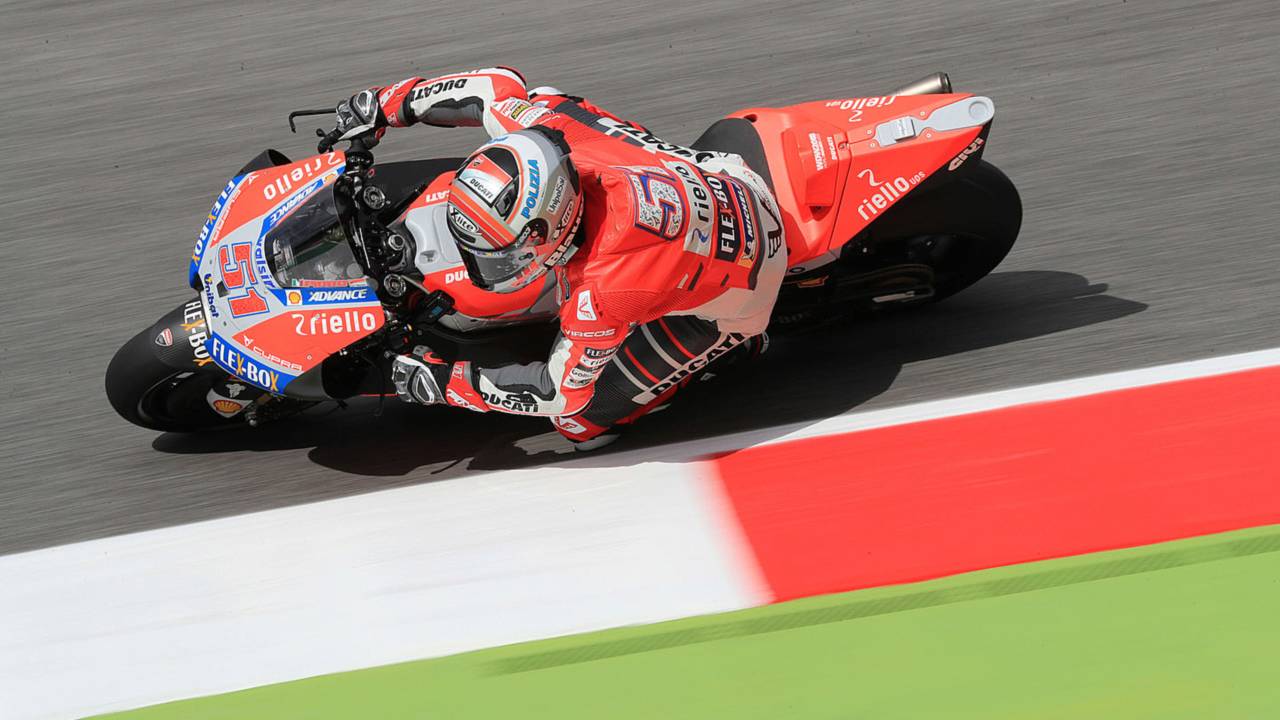 The rider suffered a concussion and dislocated shoulder when he was launched into the air at 165mph after his Ducati's front wheel locked. MotoGP reacts.

Pirro suffered concussion and a dislocated shoulder when he was launched into the air at 165mph approaching Mugello's first corner after his Ducati's front wheel locked.

MotoGP rules demands that all permanent riders have a functioning airbag system within their race suits, but there was an exemption for wildcard riders in their first two GP appearances of a season.

The FIM has now ruled that wildcard riders must follow the same airbag rules as full-season participants, with immediate effect for the MotoGP field and from August's Austrian Grand Prix for Moto2 and Moto3.

A statement from the Grand Prix Commission said the changes were prompted "following an incident at the Mugello GP, where a wildcard rider not using an airbag suffered extensive injuries".

"It's the worst rule I've ever seen in my life. It's unbelievable," said Espargaro at Mugello. "A wildcard can't race with less protection than the rest of the riders.

Substitute riders will still be permitted to ride without an airbag in their first GP of a season, but must now have it in place for their second.

MotoGP rules require riders to have a functioning airbag for every session, but because fourth practice, Q1 and Q2 run consecutively they are considered one session in the regulations.

The Grand Prix Commission statement added a new airbag recommendation for those sessions, particularly for riders who have crashed.

"In the interests of safety, it is strongly recommended that any rider that crashes, resulting in their airbag system being deployed, should change their race suit before taking to the track again," it said.