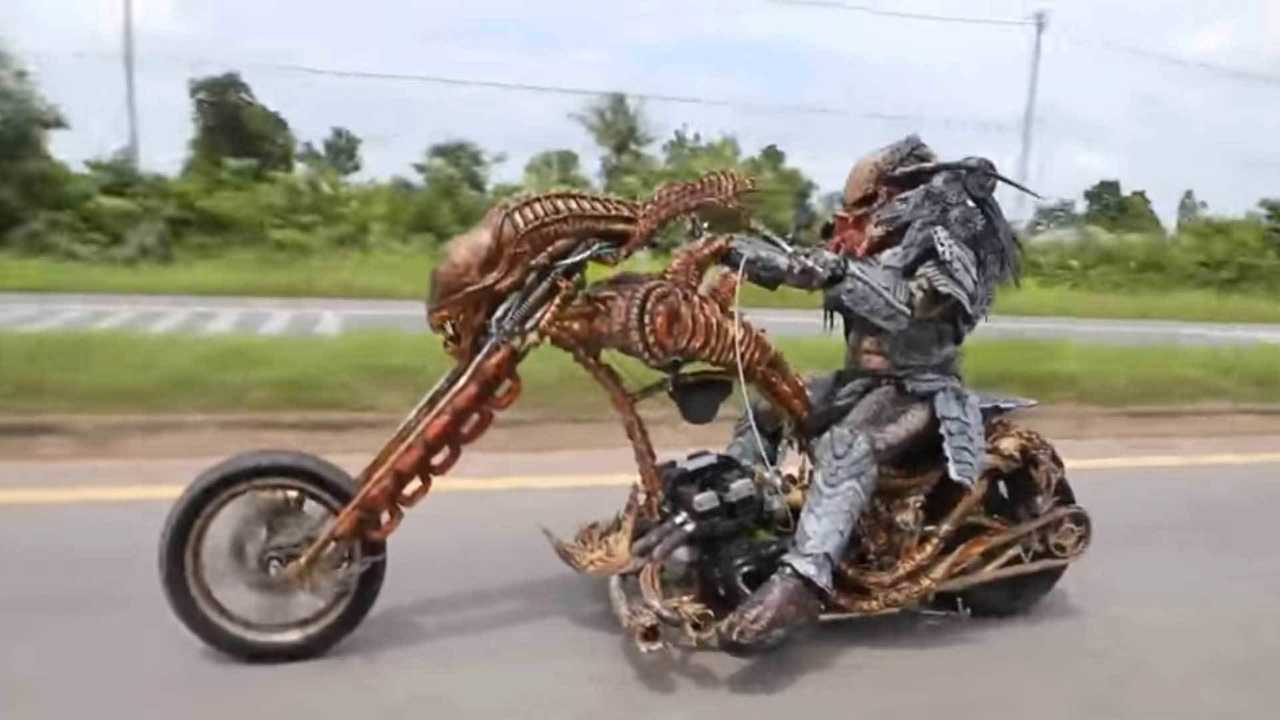 If you were lucky enough to have been alive during the height of the 80s action/sci-fi movie onslaught—which gave us movies like The Terminator, Back to the Future, Ghostbusters, Aliens, and countless other classics—you remember The Predator. That movie, released in 1987 and starring Ahhhnold Schwawrzenegger, Carl Weathers, and Jesse "The Body" Ventura, gave birth to 30-some years of sequels, comics, video games, toys and all sorts of sci-fi nerd goodies. The Predator franchise even crossed over with the Alien franchise in the 90s, which gave us some fantastic comics from Dark Horse and some aggressively mediocre Alien vs. Predator movies. It also, ultimately, gave us this video of a guy in a Predator suit riding a Xenomorph-themed chopper through Thailand.

GET TO THE CHOPPAH!

Yamaha Jumps Into the Teaser Game With Surreal Action Movie

According to MSN, the galactic hunter was spotted on June 15 around 11:30 am on a Mukdahan Province highway in Thailand's Northeast. Apparently he was too busy to hunt, because another driver got some pretty good footage of him cruising along without a care in the world.

''I wondered what was happening. I had to look again. I thought to myself, 'Is this Thailand or is this another planet?' I couldn't believe it. I've never seen anything like that before. Predator just looked so calm," said an unidentified witness.

Now, aside from the video there is precious little info available about what's going on here (aside from something very, very awesome). The bike is so heavily modified and covered in baroque Xenomorph-style gewgaws that I'm having a super hard time even telling what it started out as. It looks like it has a Japanese (or Japanese-style) inline four in it. Open headers shaped like screaming Xenomorph  chest bursters exit to the side forward of the foot controls. The frame is obviously a custom job and features a seriously raked girder front end and god-knows-what out back. The Predator costume is amazing, and the head/mask is quite possibly an actual motorcycle helmet, which I just discovered is A Thing.

Honestly, just watch the video. The costume owns, the bike owns, whoever is in that costume definitely owns. If any of you know how I can contact this genius, get me his (or her) info. If we're lucky I can get an interview!