RideApart Pirelli WSBK Ride Recap and How You Can Win WSBK Tickets! 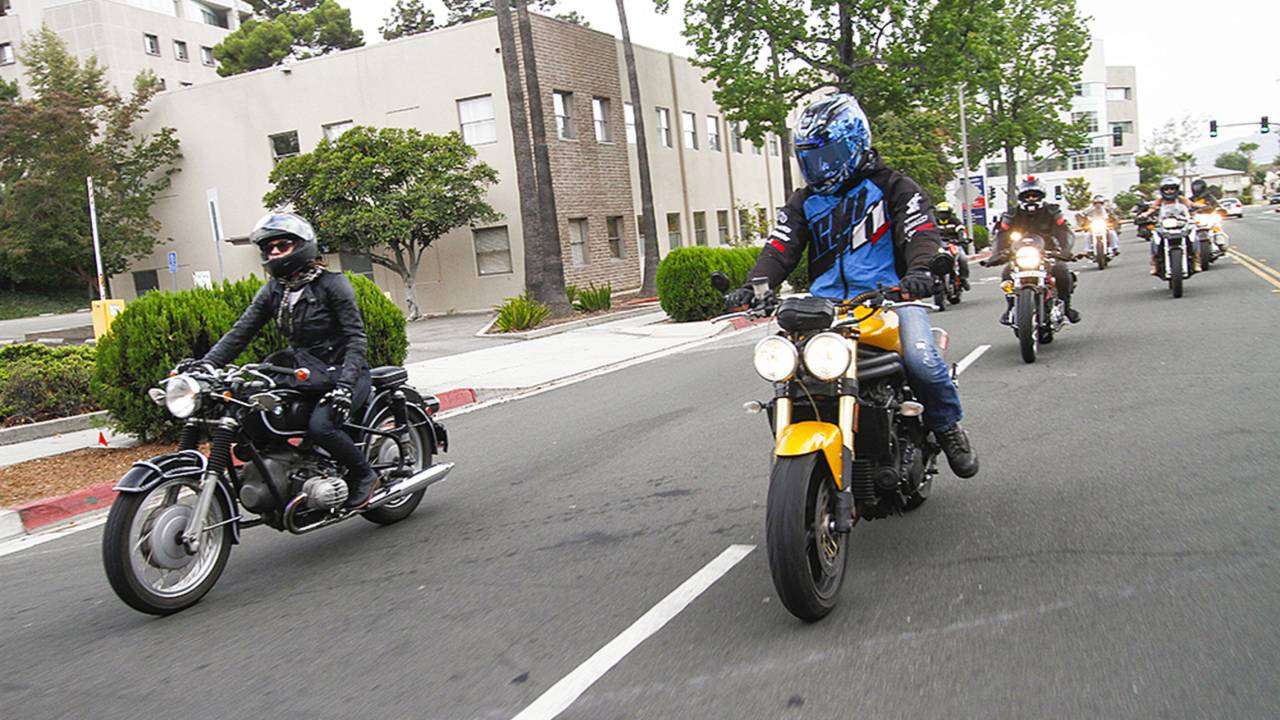 RideApart Pirelli WSBK Ride Recap and How You Can Win WSBK Tickets! The RideApart/WSBK ride presented by Pirelli Tires was a huge success last...

The RideApart/WSBK ride presented by Pirelli Tires was a huge success last weekend! First, thanks for everyone who came out and entered to win WSBK Laguna Seca Gold Passes.

We started off the morning with a free coffee at Deus Ex Machina USA. We ventured up the Pacific Coast Highway through Santa Monica, then east down Sunset Blvd. to Beverley Hills Ducati. After that, it was up and around Griffith Park, then down Los Feliz to Glory Motorcycle sales, TriCo and Yuca's On Hollywood for lunch on us. Our last ride went up through Glendale via Chevy Chase Blvd, which has some of the best, tight twists in LA. Our final stop included cookies and watermelon at Pro Italia.

READ MORE: VIDEO: TheTriple Nickel is More than a Motorcycle

Our 10 winners will each receive a Gold Pass include:

David B. from Anaheim, CA

Kat B. from San Dimas, CA

It was the perfect mix of riders. Our friends at LA Motorcyclist were there, with Mark riding a Harley Road King. Our new friend Kat was there on her new BMW, along with Stacie B. London aka Triple Nickel on her old BMW. One of the producers of Speed Channel shows like Hot Rod TV and Jason Britton's SuperBikes, was riding a custom Kawasaki Z1000 that Jason Britton and crew built as a gift. There was also a group of Super Duke riders.

Triple Nickel and LA Motorcyclists were both a big help in getting this ride together at the last minute. Our stops at Pro Italia and Beverley Hills Ducati were wonderful for fixing us snacks and pancakes. Thanks to everyone who participated. We plan on working on other rides later this year. Follow our social media channels along with Triple Nickel and LA Motorcyclists.

How You Can Still Win

We'll be giving away 10 more gold passes thanks to Pirelli tires.