Vote Now for the Deus Bike Build Off 2015 Global Winner 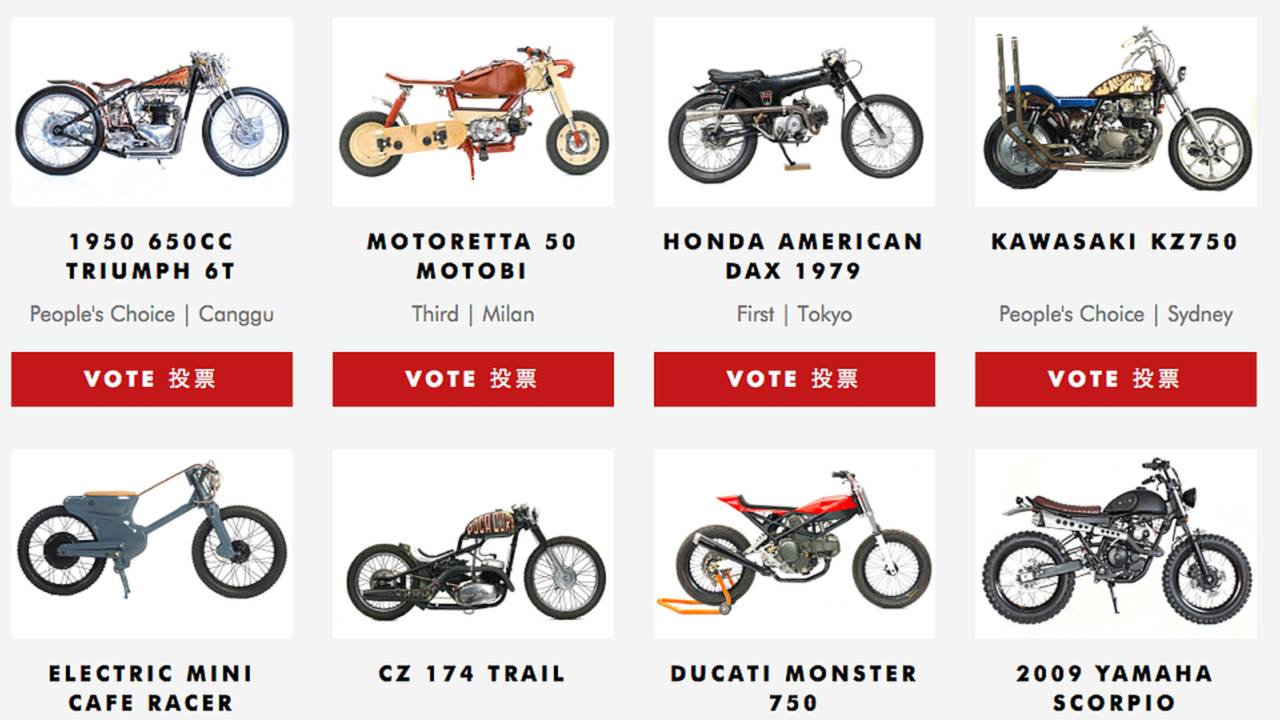 Vote for the deus bike build off 2015 winner.

The Deus Boundless Enthusiasm Bike Build Off show was a while back, but the Build Off is far from over. Deus posted all of the winners from across the globe for us to vote on. Visit the link below to see the 22 bikes and vote on your favorite to be named the global winner. Remember, one of the RideApart staffers made the cut, so show him some love.

Deus Ex Machina has seven locations across from Tokyo, to Sydney, to LA. We were there for the Venice Beach, Los Angeles show with Bryan Wood sporting his bosozuku Honda CB400. He won the People’s Choice award, thrusting him into the final round of competition.

Only one winner will be picked from the most votes out of the 22 finalists posted at DeusCustoms.com/BikeBuildoff

Rather than market towards the high-end builders, this year's theme was "do the most with the least." A tag that many took to heart by building scooters, tiny bikes, and junkyard finds.

One of my personal favorites.

Some of the bikes are so ugly, they become beautiful.

Third place in Venice went to his 13 year-old-kid on his Honda.

The first place winner for Venice is the Honda on the left.