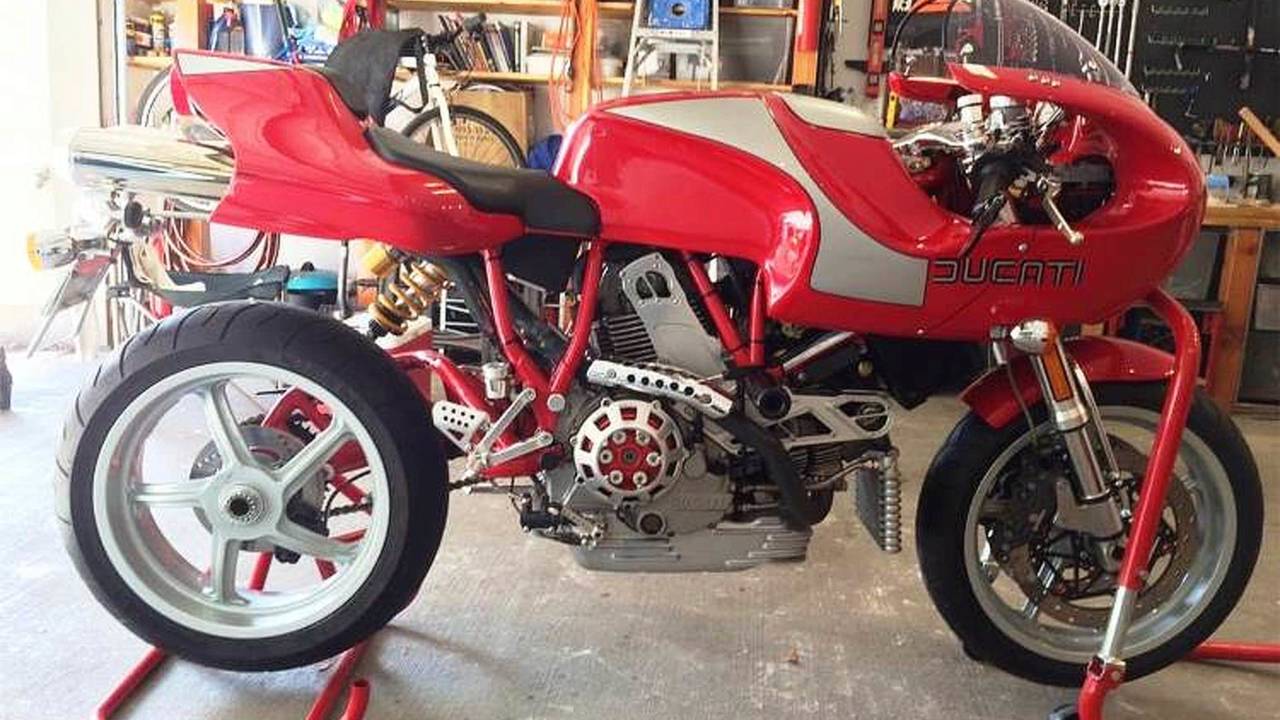 Online Find Panjo Edition - 2002 Ducati MH900eThis week, I decided to do a little window shopping in other windows besides eBay. What I found a nice...

This week, I decided to do a little window shopping in other windows besides eBay. What I found a nice example of a rare retro modern Ducati, at a good price, over on the Panjo/RideApart marketplace.

The 2002 Ducati MH900e is so amazing it's hard to grasp by looking at it that there are about 1999 other exactly like it. Everything on this bike looks hand made or custom, except for the stuff like the Ohlins shock and Brembo brakes, which are all high dollar parts. Many builders of cafe racer restomods with upside down front ends and monoshock conversions are actually emulating this bike—whether they realize it or not.

But, don't call it a Mike Hailwood replica as Ducati originally did, or you may get sued by his estate. Yes, Mike "the Bike" Hailwood raced Ducati's back in the day, and famously came back after an 11 year retirement in 1978 to win an Isle of Man TT on a Ducati 900SS.

Part of the reason Ducatis have such a sporty image is because of that win, which had all the elements of the final act of a Hollywood blockbuster. And there was a Hailwood replica to tie into that win back in the day, but it had nothing to do with this one. Ducati got sued in 2001 and settled with his widow over the unauthorized use of his name, so no need to think you are taking advantage of a dead legend.

It being a Ducati, it works as good as it looks too. Sure 75hp is not a lot these days (it loses to any 600cc sport bike on the spec sheet comparison), but this is 900cc of V-twin torque to pull hard in any gear. The chassis means you'll likely run out of talent (or get scared of scratching it) before you ever push it so hard to upset that trellis frame and the top shelf suspension.

Unlike some of the other recent rare bikes I've featured, Ducati only planned on hand making 2000 of these. Way back in 2001, in the early days of the Internet, Ducati sold them directly via their web site. The first 1000 sold in 30 minutes—and not to some Nigerian prince who promised to send a cashiers check. The remaining bikes were gone by the end of the week. You don't see them for sale very often, but three sold on eBay over the last 12 months—all for over $18,000—so this one is a bargain at just $14,000 or best offer.

It's in Houston, but if you're thinking of buying a bike for this kind of money, another $500 in shipping is nothing. Here is what the seller has to say about it: "Very limited edition Ducati, this is #1863 out of 2000 made. Pristine condition and always garaged. It actually sits in my living room since 2014. Plenty of upgrades (plus all the original parts). Great ride and a beautiful piece of art. Asking $14,000, but considering other offers."

You can find the listing here, or browse other bikes and parts on the Panjo/RideApart marketplace.