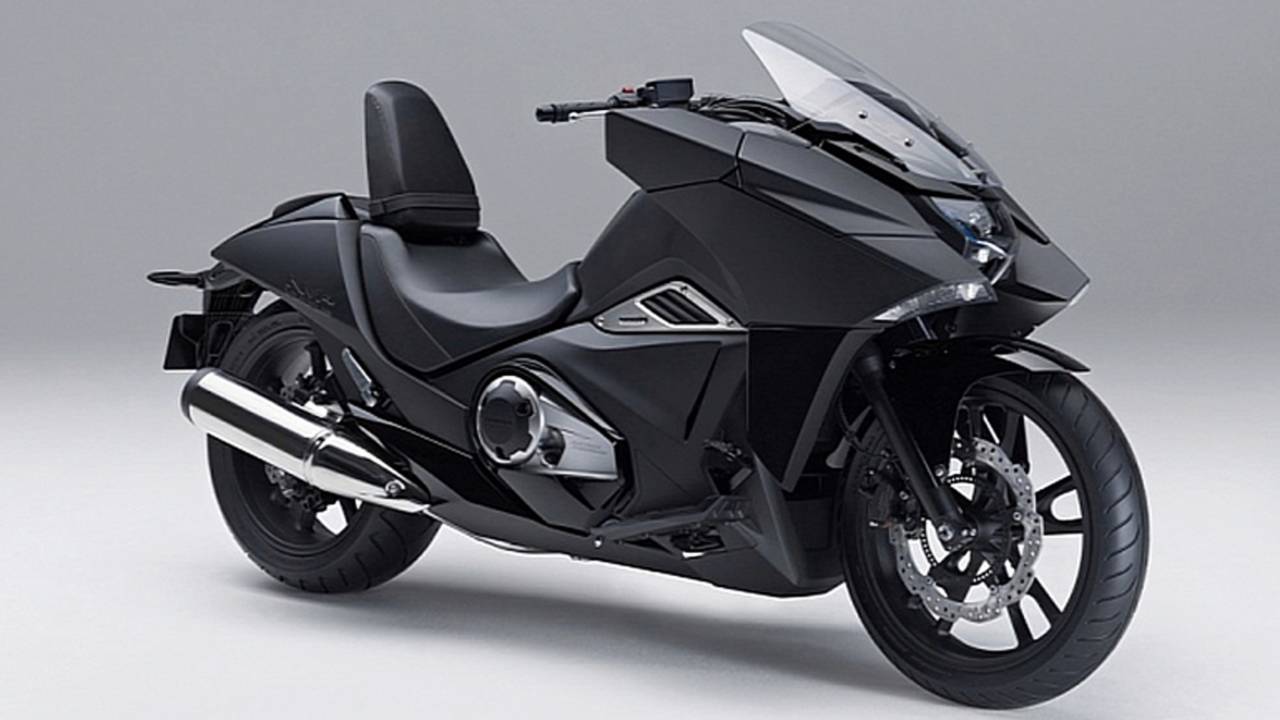 2015 Honda looks promising with their fleet of new bikes making their ways to showroom floors throughout the year.

Honda has been cranking out the new bikes so quickly that it's been hard to keep track. Today, they provided a preview of what one corner of the Honda Powersports showroom will look like for 2015.

The concept bike that we wrote about last week (http://www.rideapart.com/2014/03/news-2014-honda-nm4-concept-bike/) will become a production reality for 2015: The NM4, a futuristic, full-bodied mid-sized bike powered by a 670cc liquid-cooled parallel twin. With styling right out of a Manga, the NM4 will have a 25.6" seat height and a relaxed, feet-forward riding position. Integrated saddle bags and fairing storage pockets are designed for utility, while full-LED lighting and a 200 mm wide rear tire enhance the looks. An automatic dual-clutch transmission and ABS will be standard. Available only in Black Metallic at $10,999, expect the NM4 in June, 2014.

How many of us had our first dirt ride on a Honda 50? The new CRF50F is a much more sophisticated way to get dirty for the first time, with an automatic clutch and three-speed gearbox, telescopic fork and single-shock rear suspension. The 49 cc four-stroke engine is proven for durability and ease-of-operation, ready to start off another generation on two wheels. Red is the color, and the price is as of yet undetermined. Hopefully, they'll figure that out by the time bikes show up at dealers in June, 2014.

If a CRF50F seems like not enough and a CRF250R seems like too much, maybe the CRF110F is just right. It's a beginner bike with an electric starter, low seat height, automatic clutch and four-speed transmission. A beginner-friendly (or corralling) throttle-limiter feature keeps the bike from going too quickly under power from the 109 cc four-stroke engine. Looks are inspired by the big boys, but user-friendliness should invite even the most hesitant riders. Only available in Honda Red. Prices have not been announced yet, but the bikes are headed to dealers in June, 2014.

The rest of the world has declared the PCX150 as a hit. It's a best-seller for good reason: at 295 lbs with a 51.8" wheelbase and a 29.9" seat height, it should be a nimble, maneuverable scooter that will excel in urban environments. A 153 cc liquid-cooled four-stroke engine is fed by a 2.1-gallon fuel tank, which should be good for close to 200 miles between fill-ups. LED lighting and a 12-volt accessory socket compliment modern styling with modern functionality. Available in Metallic Black or Pearl White, the PCX150 can be yours for $3,449 starting in July, 2014.