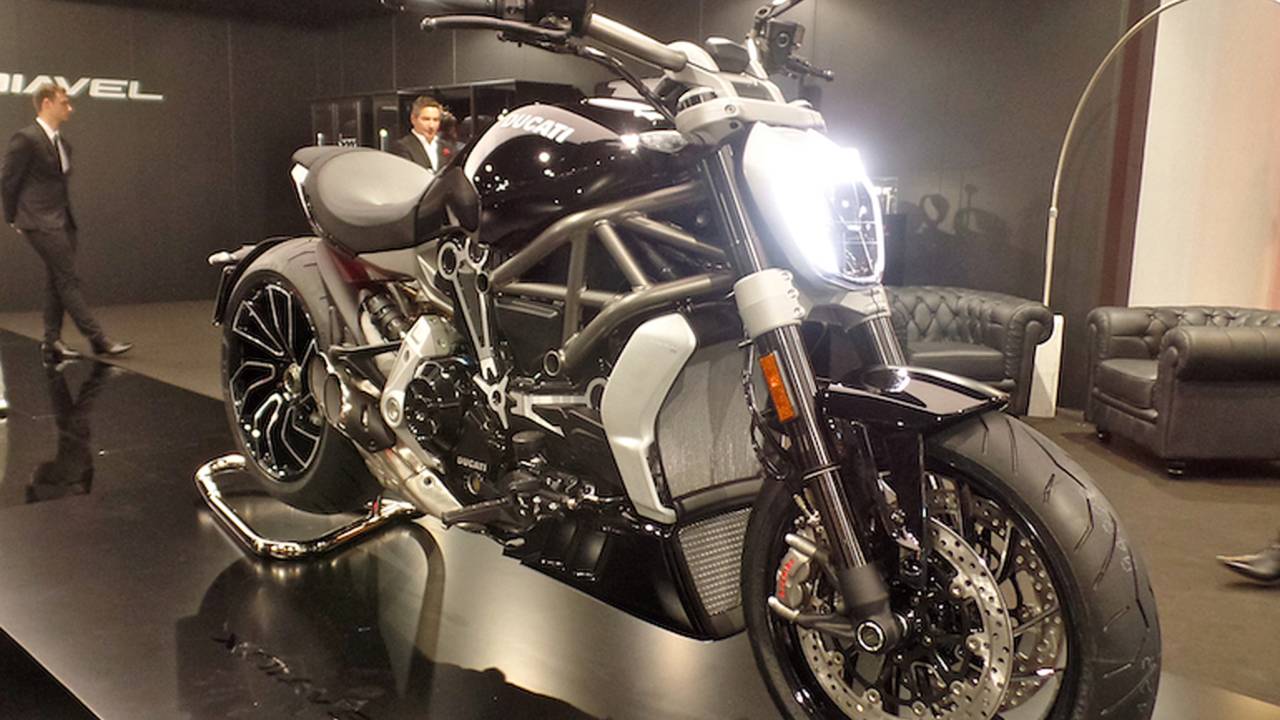 The Ducati XDiavel cruiser, according to the company itself, exists at the intersection of a gentleman and a bastard.

Ducati describes its new XDiavel as a "paradigm shift" for the company, a departure from the image and spirit by which it has defined itself up to this point.

A cynical person would be correct in identifying some of that statement as marketing hyperbole. Beyond the self-involved goldfish bowl of motorcycle enthusiasts -- to the eyes of a novice, in other words -- the new Ducati XDiavel (also available as the XDiavel S) is probably indistinguishable from the standard Diavel that's been around since 2011.

The lines and semi-exposed trellis frame are pretty similar on both bikes, as are the only-good-for-one seating, single-sided swingarm, wheels, and teeny-tiny fenders. My mom would describe both as "cute," but I doubt she'd be able to remember which is which.

But Ducati isn't trying to sell to my mom, and within the motorcycling goldfish bowl the differences between the XDiavel and the Diavel are pretty marked.

First and foremost is Ducati's simple admission that the XDiavel is a cruiser. The company has hitherto been uncomfortable with the cruiser label, at one point going so far as to create an ad for the Diavel titled "Don't Call Me a Cruiser."

Indeed, this acceptance of genre seems to have caused all sorts of philosophical hand wringing for Ducati. At the XDiavel's launch in Milan last month, Ducati CEO Claudio Domenicali spent several minutes digressing into a monologue about the intrinsic differences between the colors red and black, portraying Ducati up to that point as red.

But with the new XDiavel, he said, "we are ready to enter into the black."

English being a second language for Domenicali, it's possible he didn't understand the subtext of that statement -- i.e., the idea of being in the black financially. Although that's almost certainly the driving force behind the development of the XDiavel. Cruisers dominate the U.S. market, and it's clear from Ducati's recent Scrambler sub-brand effort that it's very eager to expand its share in that market.

By embracing the cruiser concept, Ducati has allowed itself to equip the XDiavel with qualities more familiar to fans of the genre. The all-important feet-forward riding position is there, as is the absence of chain maintenance. The XDiavel is Ducati's first-ever bike with belt final drive.

Ducati describes the XDiavel as "low-speed excitement," but couldn't resist giving it a bit of the old red spirit in the form of a claimed 156 hp at 9,500 rpm. Meanwhile, peak torque is a claimed 95 lb. ft. at just 5,000 rpm.

That's still double the peak torque rpm of a big V-twin like the Victory Vision I rode to EICMA, but it's more accessible than the 8,000 rpm needed to find peak torque on the standard Diavel.

Putting a 1198-cc beast of an engine in a machine, but ensuring it's capable of the more relaxed, meandering riding style common to the cruiser genre speaks to the heart of the XDiavel project for Ducati. It likes to present the bike as something of a dichotomy. Delightfully (on its UK website, at least), the company describes the XDiavel as existing at the intersection of a gentleman and a bastard.

The XDiavel features Ducati's beloved (and expensive) desmodromic valve system, but Domenicali stressed that great effort has been made to make it more user friendly, with valve clearance service intervals now stretched to every 18,000 miles.

If you plan to bring a passenger it would be helpful if she knows how to levitate.

It will be interesting to see how the bike is received among the cruiser-riding population. I suspect it's unlikely to be embraced by anyone planning to ferry a passenger. The XDiavel is available with a passenger seat, but it is so hilariously tiny that even Ducati's press materials fail to make it look suitable for humans.

Equipped with cruise control and more relaxed ergonomics, however, Ducati is hoping the XDiavel will be seen as a vehicle suitable for greater distances than just the space between your house and the nearest Starbucks. Cornering ABS, traction control, and multiple riding modes also come standard.

Prices for the new XDiavel have not yet been announced. Expect the bike to be available in time for the 2016 riding season.