Watch As A Motorcycle Tries to Skim Across Water, but Ends Up In a Face Plant 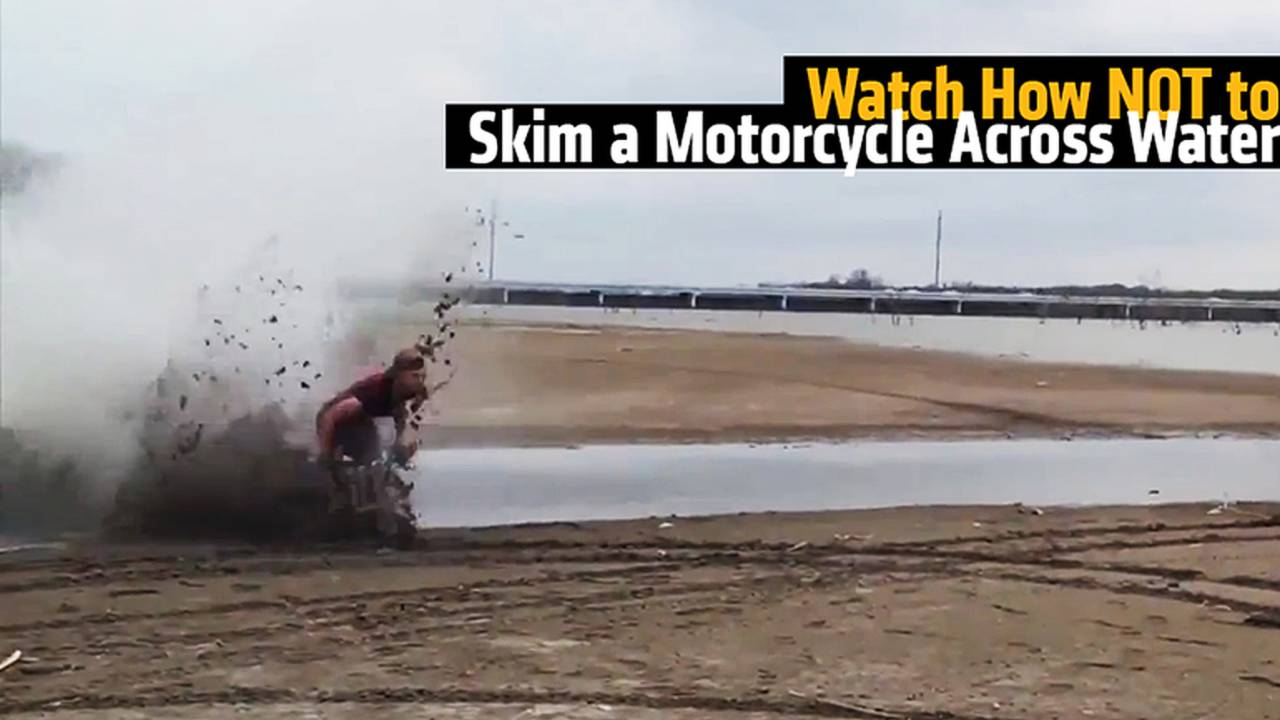 Watch as this rider tries to skim across water, but ends up planting his bike and himself into the mud.

Skimming across water is possible, and many have done it and made it look easy...which is the problem. There's a lot of technique - and more importantly, speed - involved in riding your dirt bike over the surface of water. Skimming across a lake or stream takes a lot of speed and balance, and typically involves pulling back on the bars, planting your weight over the rear tire and using your power and speed to keep you from sinking. Well, this guy doesn't do any of that, and ultimately face plants himself on the opposite side of the stream.

It was a Perfect Storm of Stupidity as this guy and his friends were riding in a dried-up lake filled mostly with mud. This is also why you wear a helmet, but one dumb move typically follows another.

He makes it across on his first attempt, but when he returns for another try, his ol' dirt bike becomes buried deep into the mud at the edge of the water, resulting in the rider being thrown along with what looks like half of the pieced-together bike. A seat, fender and maybe part of the frame are slung up and over the front of the bike as the rest of it ends up planted into the mud.

But it does happen to the best of us. Watch as Guy Martin attempts the world record for skimming across water…emphasis on "attempts".

READ MORE: Valentino Rossi is Apparently a Badass on Four Wheels Too - Video