Valentino Rossi is Apparently a Badass on Four Wheels Too - Video 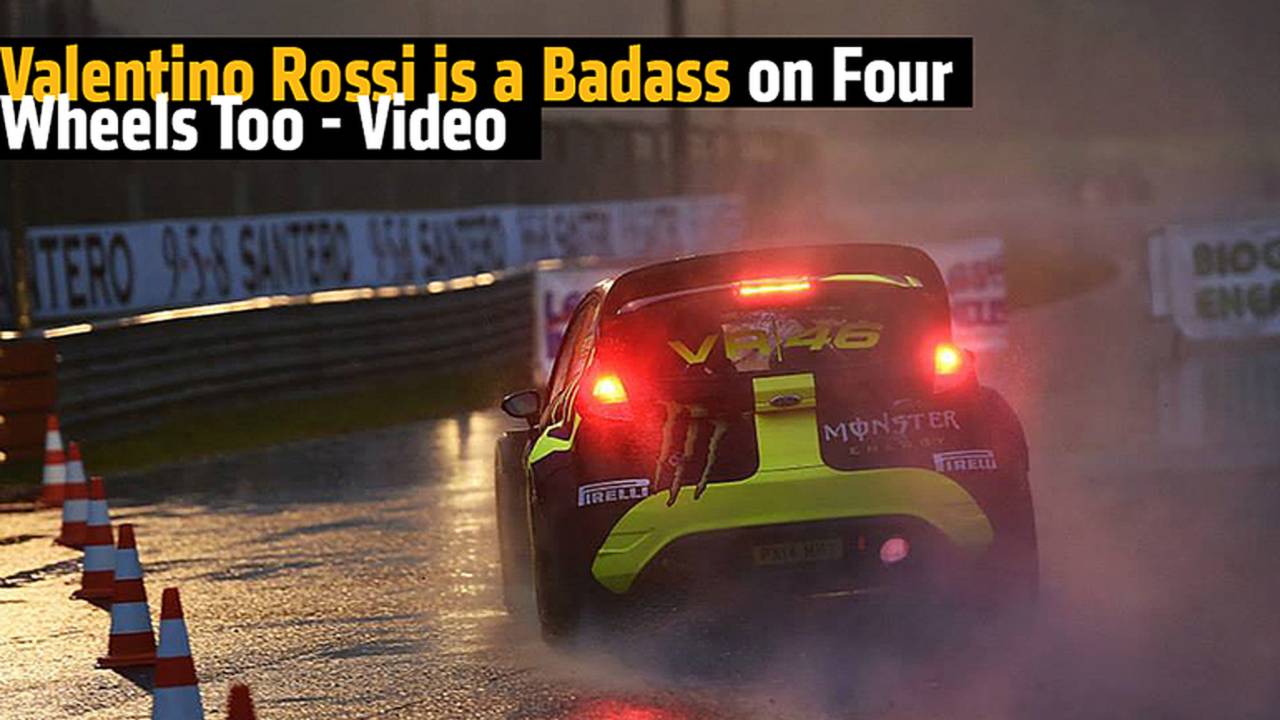 Is there anything Valentino Rossi can't do?

Wow, Valentino Rossi has it all; he’s called the Doctor or the Goat (Greatest of all Time), dating a model and now he’s a badass rally driver. With teammate Ken Block, the Monster Energy crew have been making waves at the Monza circuit, this past weekend.

On Sunday, at the Monza Energy Rally Show, Rossi had an overall 2nd place finish with four stage wins.

For this amazing pass below, it’s a tight right hander, then an immediate 180 to the left, all after a long straight away. It’s on the gas hard, then on the brakes and slide around two barrels. It’s a technically difficult series of corners, but Rossi makes up about four car lengths in seconds.

It must be the motorcycle racing that had him taking an opening, you’d only think big enough for a bike.

“First of all I enjoyed it a lot, it’s a shame because yesterday before the last stage I had a 17 second advantage but I did a mistake. From that moment it was difficult to get back on the pace. It was a good rally, I enjoyed It – especially the Masters Show. I fought him to the last lap and it was very close. There’s always so many fans at Monza, it’s always a great weekend and I enjoy seeing all my fans. It’s a good way to close the season,” said Rossi.

“I enjoyed it a lot, it was an interesting experience. Coming here and hanging out with Valentino and being able to race with him, I’m really impressed with how he handled the event. It’s cool to see amazing drivers like Robert Kubica and Valentino compete like that,” said Block.

Hamilton apparently also had a lot of fun at the race, “It’s another very cool event, I went out to the MotoGP Catalunya earlier in the year and today to get out and drive on the Monza Rally circuit and see Valentino and Ken Block too, it’s just cool to be part of this amazing event.”