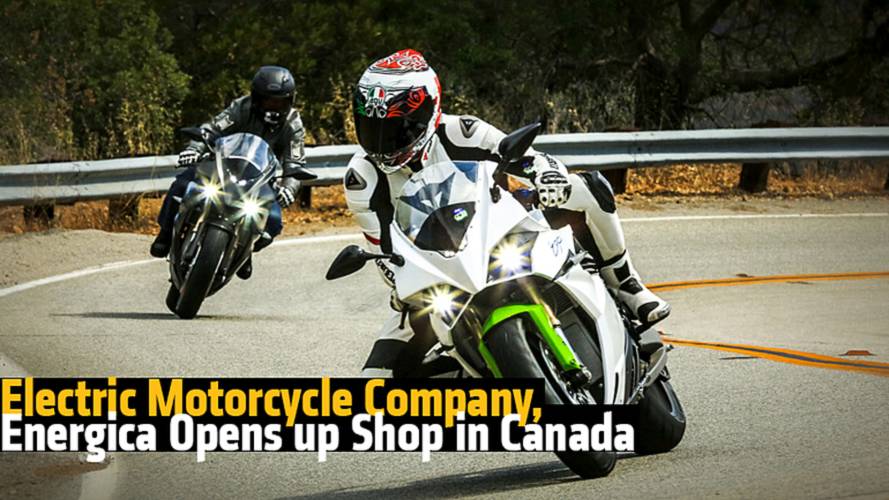 Electric Motorcycle Company, Energica is one step closer to our garages. We only have six words to say to that: "Shut up and take my money!"

Not earth shattering news, but anything from an electric motorcycle company as promising as Energica (aka cheap and practical because I'm broke) getting one step closer to my garage, is news to us.

After opening dealers in Italy, Switzerland, Germany and California, Energica has just opened its first Canadian dealer, W.C. Distributing, in Heisler—located in the Province of Alberta.

Energica is an Italian motorcycle manufacturer who made waves in the market with their Ego, a fully electric super sport bike. Followed by introduction of a naked bike, the Energica Eva, late last year. Both bikes feature the same 136hp/143 lbs-ft PMAC motor and 11.7 kWh battery pack.

What makes these bikes impressive isn't its 95 mile range, but the bike's ability to charge empty-to-full in 30 minutes. Which is quicker than a Zero Motorcycles bike, but Zero has better range on some models and they're a lot cheaper, the Ego is set to retail slightly high at $25,000 to $28,000.

“Energica born with a double approach”, says Livia Cevolini, CEO EMC, “an Italian one, full of 'Made in Italy' that made us known in all the world, and an American one, with an open-minded vision that allows us to create strong partnership - like the one with ChargePoint.”