They’re made to be ridden fast... very fast.

You know what I love about the USA Deus Ex Machina's motorcycle builds? They’re made to be ridden fast... very fast. Whether it be a Thumper, Harley-Davidson Sportster or Kawasaki W, all of Deus Ex Machina's chief builder, Michael “Woolie” Woolaway’s bikes are designed to be thrashed on. Riding on one wheel or leaned over on a canyon curve, his bikes aren’t just fast in a straight line--no fat tires or stretched swing arms at Woolie’s place. Their latest build is a first for them, a Ducati nicknamed The Dreamliner.

The masterpiece of the build other than the handmade aluminum bodywork would have to be the custom chrome moly frame. Woolie mimicked the geometry of a Ducati 916RS, with a 24-degree neck, 56-inch wheel base and adjustable swing-arm. I’ve built a few motorcycles before, but there's a reason Woolie gets paid and I only do it in my oil-stained driveway.

One area of extreme scrutiny from Woolie are the tires he uses on his bikes, sometimes replacing the rubber several times until he's satisfied. The Dreamliner wears tubeless Michelin Pilots on 17-inch spoke wheels, think racing slicks with DOT approval. 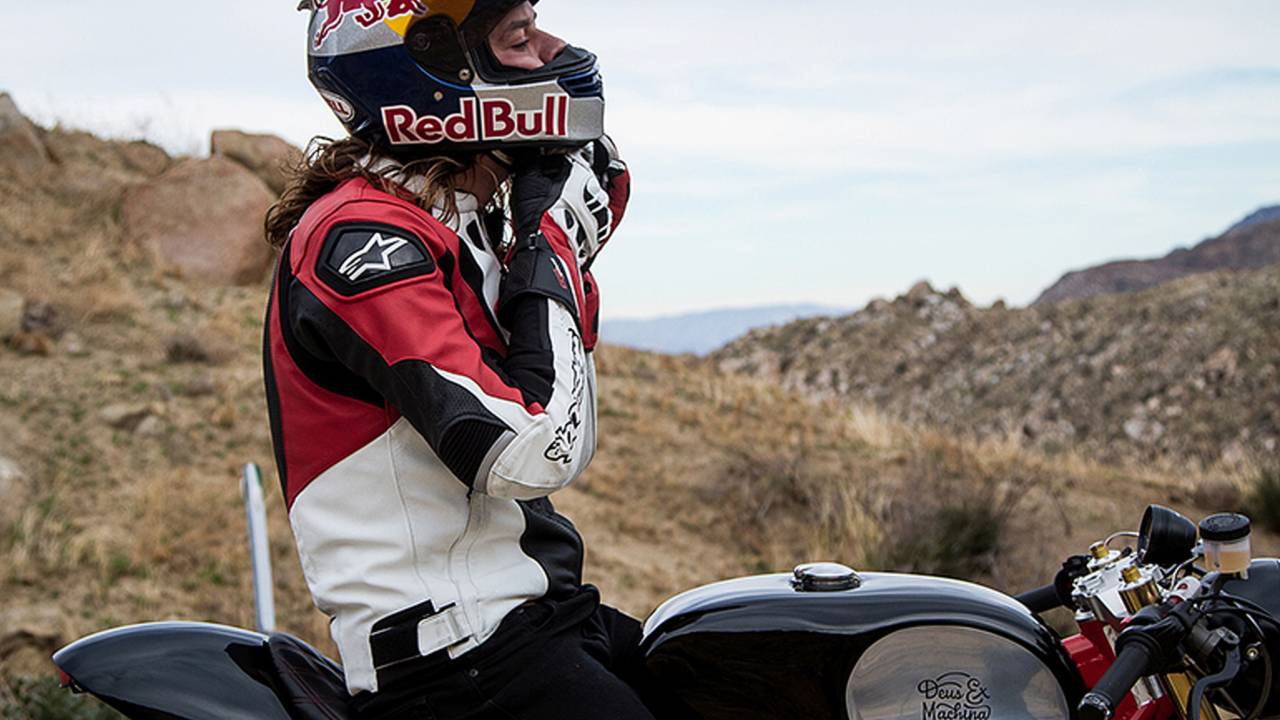 That beautiful gold front end is thanks to re-valved Ohlins forks by Ed Sorbo at Lindemann Engineering. The rear shock was done by Jim Wood at RaceTech. The suspension was calibrated to the owner’s weight.