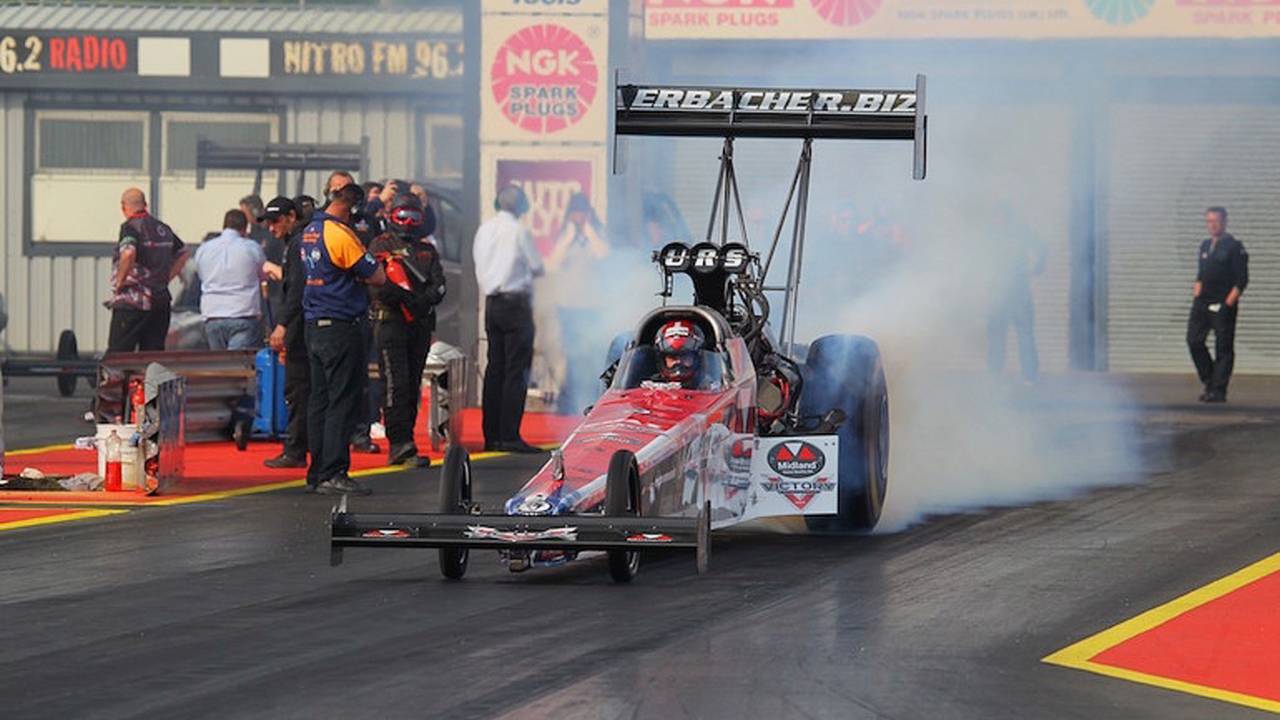 TV Show to Feature Victory-Sponsored Drag RacersHere’s a thing we did not know: Victory Motorcycles sponsors drag racing. No, not the NHRA motorcycle...

Here’s a thing we did not know: Victory Motorcycles sponsors drag racing. No, not the NHRA motorcycle drag racing fronted by Matt and Angie Smith, but actual car-based drag racing.

Here’s another thing we did not know: Urs Erbacher, the Swiss man who designed the ultra-sexy Victory Ignition Concept motorcycle last autumn, is a drag racing champion.

Heck, we didn’t even know that (car) drag racing took place in Europe. Now we do, thanks to the following press release that hit our inbox today:

“Drag racer and custom bike builder Urs Erbacher made a name for himself with Victory fans at the EICMA show last year when he unveiled his Victory Ignition Concept bike. This year Urs’ focus is back on the drag racing and he will move further into the spotlight as he and his 21-year old daughter – Jndia Erbacher – are set to star in a new TV series being filmed by DMAX Television during the FIA European Top Fuel Championship Tour in 2016.

Urs is already multiple FIA European champion and his drag racing has been sponsored by Victory Motorcycles for the past two years.

The popular Top Fuel driver has one goal this season and that’s to bring back the FIA Championship to Switzerland – and have all of the action caught on camera.

His daughter Jndia is also being filmed while learning to ride a motorcycle – and is doing her training on the new Victory Octane.

Urs Erbacher said he is enjoying having a film crew follow him and Jndia as they go through the drag racing season adding: “After five years I will take the Championship back to Switzerland. This season I will be racing the car last driven here by Noah Stutz, a Hadman chassis with many changes, so it is virtually a brand new car. We have two new billet superchargers from Aaron Brooks and a complete new fuel system from Alan Johnson and the Lagana Brothers. Robin Grice and John Stewart will tune the car. The set-up is close to that used when Noah raced in Las Vegas last October, so we will be able to share data with our friends the Laganas.”

One of the most exciting races taking place this year will be at the NitrOlympX held at the Hockenheimring from August 19th to the 21st. Urs will be accompanied by his 21-year old daughter Jndia and she will drive in the Top Methanol Dragster category in Anthony Dicerio’s Nitro University A/Fuel Dragster which she has previously driven in the USA.

Victory Motorcycles will have a stand with its motorcycles and apparel on display at both NitrOlympix in August and also at the Tierp Arena near Uppsala in Sweden on the 16th to 19th June.

Those who have never experienced a drag race will be thrilled by seeing the drivers pull away from the startline in their 6,000hp Top Fuel Dragsters in less than five seconds up to a speed of 500 km/h.

Between races, spectators can watch the teams carry out work on the dragsters. At NitrOlympiX, a visit of the pit lane and paddock on the race days is included in the ticket price.

Also this year at NitrOlympiX, Victory will have a display of their latest motorcycles directly in front of Urs’ race truck that is only 100m away from the drag strip.

Grant Bester, general manager for Victory Motorcycles in EMEA (Europe, Middle East and Africa) said: “Urs is quite a character and we’re pleased his personality and love for engines, speed and performance will come across in this new TV show. We’re proud to be a sponsor in his drag racing efforts, it’s a perfect match up with Victory Motorcycles, the true modern American muscle brand.”