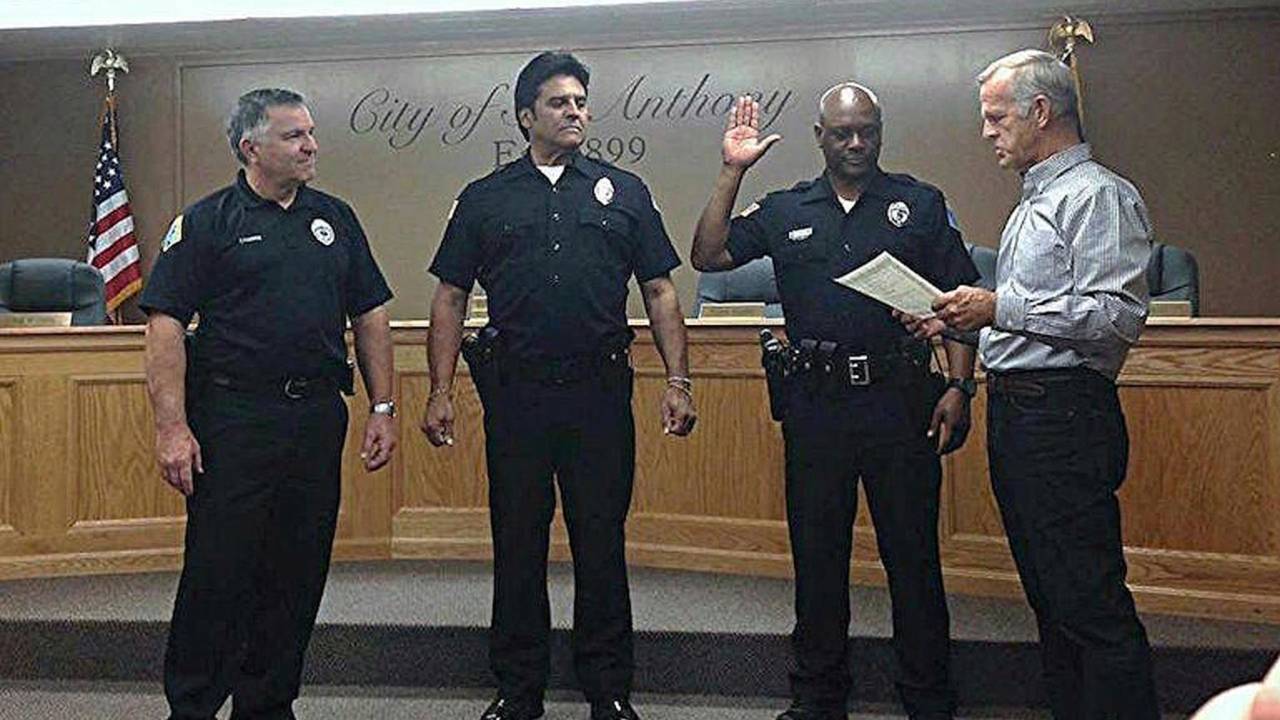 He no longer just plays one on TV: actor Erik Estrada was officially sworn in as a police officer last week.

Estrada was sworn in as a reserve officer for the small town of St. Anthony, Idaho, on Saturday. According to website PoliceOne, Estrada has spent the last decade helping various law enforcement agencies “keep kids safe online.”

"Education is the best protection – especially on the internet,” Estrada said. “Children should be educated in how to handle a chat room. Don't give out personal information. Certainly don't give out your mother's or father's name or what school you go to. Don't ever accept gifts."

Estrada, who has previously served as a reserve officer in Muncie, Indiana, said he was eager to join the small department (St. Anthony has only 3,500 residents) because he felt a lack of red tape would allow him to serve more effectively.

“What happens in a big city — there is a tremendous amount of politics involved,” he said.

Estrada played CHP motorcycle officer Frank “Ponch” Poncherello in the television program “CHiPs,” which ran from 1977 to 1983. The television show has lived on as a cult classic thanks to syndication and a movie version, starring Michael Peña as Ponch, is currently in production.

All this reminds us of basketball star and sometimes actor Shaquille O’Neal, who also serves as a reserve police officer (presently in Doral, Florida). We feel there’s a fantastic buddy-cop movie just waiting to be made...